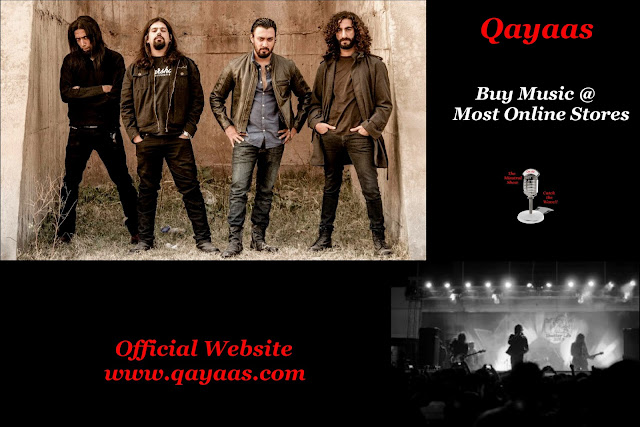 Winners of the Prestigious Jack Daniel’s Award for the Best Rock Band in Pakistan 2010.
In Jan. 2012 Awarded Gold for Best Rock Band, Umair Jaswal Best Rock Vocalist, Best Rock Song for Shehrezade in South Asia, also honored with Silver Award for their video Pukaar and voted by their peers as Best Act in all genres at IndieGo. April 2012 Awarded Best Global Rock Band and Rock Song and Bronze for Umair’s Vocals 50 Countries competed. May 2012 Qayaas premiered on the famous Coke Studio Pakistan Season 5 the video with Atif Aslam went viral with over 500,000 views in a week.

Qayaas is the first progressive alternative rock band from Pakistan, a country where traditionally music has been looked down upon rather than being celebrated as an art form. This gives our music a sense of rebellion and a rallying cry for pathos.


Qayaas literally translated as “deliberation” is not only the name of our band but the essence that encapsulates the entire philosophy behind our music. The idea or feeling taking birth in one band member’s mind is developed and brought to fruition by collective deliberation or Qayaas by the whole band. Five different people, their different moods, outlooks and music philosophies harmoniously blend to form compositions that reflect the true spirit and creative energy of our band; unadulterated in this wondrous journey by commercial concerns or other shortcuts.

Our music tends to explore emotions, specific moments, certain relationships and particular events which resonate powerfully as we try to understand ourselves and the world around us. We do not aim to have a large body of musical compositions but only put through quality pieces governed by unique ideas and techniques. Each melody is a different journey, starting with something personal and then refining it to create a certain mood. As a whole, Qayaas is an accumulation of musicians from quite diverse backgrounds. All members have been, and still are, part of various other projects that serve as a vent for musical expression.


Qayaas is the brainchild of lead guitar player and songwriter Khurram Waqar. It all started when he saw Umair jam with his previous band in his studio and invited him to work on material that he had written. What started out initially as an acoustic EP turned into a full blown album. When Fifu and Sherry who were already in a band ‘kNuMB’ with Khurram joined in, “Qayaas” was born. Sarmad Ghafoor who was an old friend of Fifu and Khurram joined in later when he was invited by them to come and listen to the album. He loved the material and became a part of Qayaas. Khurram and Sarmad then worked together to complete the audio production of the album which was released on April 16, 2011 in Pakistan in Peshawar, Islamabad, Lahore, Sialkot and Karachi. The album can also be bought online on CD Baby, iTunes, Amazon and Rhapsody.

The most important thing about the album is that it has been recorded and produced completely by the band. This is at par with any international recording with attention being paid to ever minute little detail. Every single song has been mixed and mastered as per the overall feel and vibe of the song.


We were a part of Coke Studio Season 5 where we collaborated with pop star Atif Aslam for a song "Cahrkha Nolakha". It is the biggest hit of the season so far with almost 1.5 million views.

We bagged the awards for the Best Rock Vocalist, Best Rock Song (Shehrezade), Best Rock Group, a silver award in the category of the Most Mind-blowing Music Video for Pukaar and were voted as the Best Freaking act in the Universe by our peers at the IndieGo awards held in Malaysia in Feb 2012. The awards aim to honour some of the best independent music and bands present in South Asia.

We have recently won the JD Award for the best rock band from Pakistan 2010. The awards were hosted by Jack Daniels and Rolling Stones Magazine, India. We performed in New Delhi at The Hard Rock Cafe on December 16, 2010 for the JD Rock Awards Tour in front of a packed 800 crowd.

We are the first band from Pakistan to be invited to come and perform at one of the biggest and most prestigious Music Festivals in USA called SXSW (South By Southwest) which takes place every year in Austin, Texas.

Our song “Inquilaab” recently made it to the Semi Finals of International Songwriting Competition (ISC) out of 15,000 entries from all over the globe.

We were the most played band with our song “Mera Wana“ on the METAL ASIA COMPILATION 2010 which included all Asian metal bands.

Our songs “Inquilaab” and “Pal” have been chosen as the soundtrack for an upcoming movie “Waar”. The movie is being produced my Mindworks Media.

Our song “Mera Wana” will be used in the soundtrack of another upcoming movie “Peochar” by Mindworks Media.

We have so far released 4 music videos “Tanha”, "Pukaar", "Umeed" and "Shehrezade" which are currently doing the rounds on the Pakistan music channels namely MTV, Aag, ARY Musik, Oxygene and Play TV. We are in the process of releasing more singles and videos. 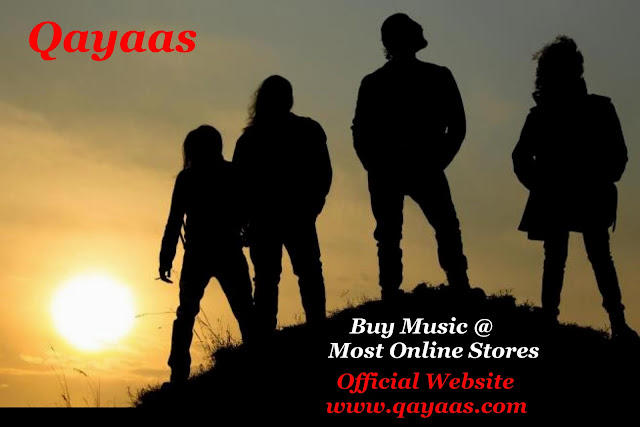