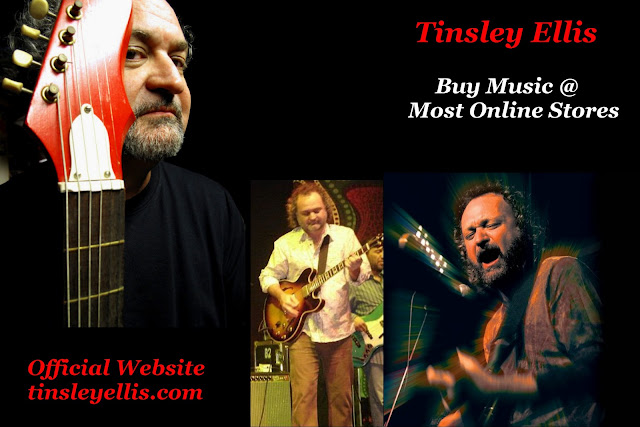 
Hard-rocking blues-soaked guitarist/vocalist/song-writer Tinsley Ellis sings and plays with the energy and soul of all the great Southern musicians who have come before him. Ellis attacks his music with rock power and blues feeling, following in the tradition of Deep South musical heroes Duane Allman, Freddie King, Derek Trucks and Warren Haynes. His live shows feature extended fretwork filled with melodic and rhythmic experimentation, in the spirit of jam bands like his friends Widespread Panic and The Allman Brothers. Atlanta Magazine declared Ellis "the most significant blues artist to emerge from Atlanta since Blind Willie McTell."

Since first hitting the national scene with his Alligator Records debut, GEORGIA BLUE, in 1988, Ellis has toured non-stop and continued to release one critically acclaimed album after another. His stellar guitar work, always a staple of his live shows and CDs, is matched by his strong songwriting and powerful, soulful vocals. Tinsley's hometown paper, The Atlanta Journal Constitution, calls his music, "a potent, amazing trip through electric blues-rock."

Ellis made five critically acclaimed albums for Alligator between 1988 and 1997 before recording for the Capricorn and Telarc labels. His high-energy LIVE-HIGHWAYMAN, the long-awaited live album his fans have been demanding for years, marked his return to Alligator records. "Tinsley is one of the finest younger generation blues rockers. He's made great albums for us in the past, and we're excited to have him back in the Alligator family. He's great in the studio, but even better live, so I'm really excited about this recording," said Iglauer.

Ellis' latest release on Alligator, MOMENT OF TRUTH, captures all the power and energy of his legendary live performances. His vocals reach new heights of soulfulness and expressiveness; his guitar playing is ferocious and relentless, but, when the mood calls for it, gentle and moving. What really sets the album apart, though, is the depth of Ellis’ songwriting. The material deals in matters both personal and universal and runs the gamut of human emotions. MOMENT OF TRUTH is Ellis’ most wide-ranging and inspired recording.

Born in Atlanta in 1957, Ellis grew up in southern Florida and first played guitar at age eight. He found the blues through the backdoor of the British Invasion bands like The Yardbirds, The Animals, Cream, and The Rolling Stones. He especially loved the Kings--Freddie, B.B. and Albert--and spent hours immersing himself in their music. His love for the blues solidified when he was 14. At a B.B. King performance, Tinsley sat mesmerized in the front row. When B.B. broke a string on Lucille, he changed it without missing a beat, and handed the broken string to Ellis. After the show, B.B. came out and talked with fans, further impressing Tinsley with his warmth and down-to-earth attitude. By now Tinsley's fate was sealed; he had to become a blues guitarist. And yes, he still has that string.

Already an accomplished teenaged musician, Ellis left Florida and returned to Atlanta in 1975. He soon joined the Alley Cats, a gritty blues band that included Preston Hubbard (of Fabulous Thunderbirds fame). In 1981, along with veteran blues singer and harpist Chicago Bob Nelson, Tinsley formed The Heartfixers, a group that would become Atlanta's top-drawing blues band. Upon hearing LIVE AT THE MOONSHADOW (Landslide), the band's second release, The Washington Post declared, "Tinsley Ellis is a legitimate guitar hero." After cutting two more Heartfixers albums for Landslide, COOL ON IT (featuring Tinsley's vocal debut) and TORE UP (with vocals by blues shouter Nappy Brown), Ellis was ready to head out on his own. Ellis sent a copy of the master tape for his solo debut to Bruce Iglauer at Alligator Records. "I had heard COOL ON IT," recalls Iglauer, "and I was amazed. I hadn't heard Tinsley before, but he played like the guys with huge international reputations. It wasn't just his raw power; it was his taste and maturity that got to me. It had the power of rock but felt like the blues. I knew I wanted to hear more of this guy."

GEORGIA BLUE, Tinsley's first Alligator release, hit an unprepared public by surprise in 1988. Critics and fans quickly agreed that a new and original guitar hero had emerged. "Dazzling musicianship pitched somewhere between the exhilarating volatility of rock and roll and the passion of urban blues," raved the Los Angeles Times. Before long, Alligator arranged to reissue COOL ON IT and TORE UP, thus exposing Tinsley's blistering earlier music to a growing fan base." The Chicago Tribune celebrated the release by saying, "Ellis takes classic, Southern blues-rock workouts and jolts them to new life with a torrid axe barrage."

1994's STORM WARNING was Ellis' true breakthrough. Recorded live in the studio with his road-savvy band and produced by Eddy Offord (John Lennon, Yoko Ono, Yes), the album was a tour-de-force of smoking guitar workouts and radio-friendly blues rockers. Features and reviews ran in Rolling Stone, The Chicago Tribune, The Washington Post, The Los Angeles Times, The Boston Globe, and in many other national and regional publications. His largest audience by far came when NBC Sports ran a feature on Atlanta's best blues guitarist during their 1996 Summer Olympic Coverage viewed by millions of people all over the world.

FIRE IT UP followed in 1997. Produced by the legendary Tom Dowd (Allman Brothers, Ray Charles), the album featured Ellis' blazing guitar playing and expressive, soulful vocals in better form than ever. With Dowd's deft production touch--along with Tinsley's fiery road band and a host of talented musicians, including famed bassist Donald "Duck" Dunn on seven songs--Ellis reached new heights, coming up with some of the best performances of his career. The Associated Press called the CD, "A solid heaping of blues...a mixture of well-written originals and covers all held together with scorching guitar and a big voice to carry his sharply written lyrics."

A move to Capricorn Records in 2000 saw Ellis revisiting his Southern roots with KINGPIN. Unfortunately, the label folded soon after the CD's release. In 2002, he joined the Telarc label, producing two well-received albums of soul-drenched blues-rock, HELL OR HIGH WATER and THE HARD WAY. All the while, Ellis never stopped touring. "A musician never got famous staying home," he's quick to note.

Ellis has played in all 50 states, as well as Canada, Europe, Australia and South America. Whether he's out with his own band or sharing stages with The Allman Brothers, Robert Cray, Koko Taylor or Widespread Panic, he averages over 150 performances a year, bringing his fast-moving, high-energy, guitar-drenched performances to fans all over the world. Live, there's simply no one better at igniting a crowd, jamming with focus and purpose...


Get Band email for free at ReverbNation.com 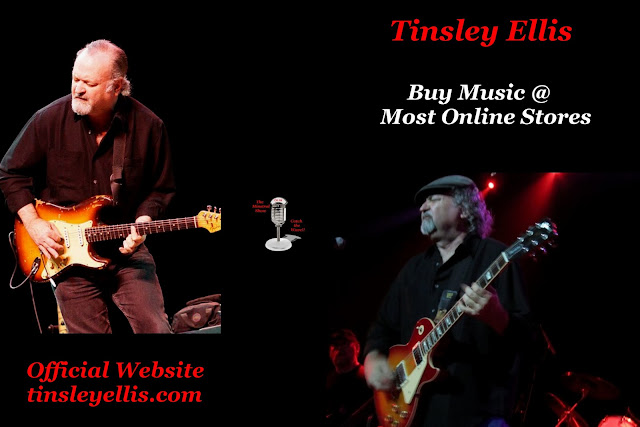