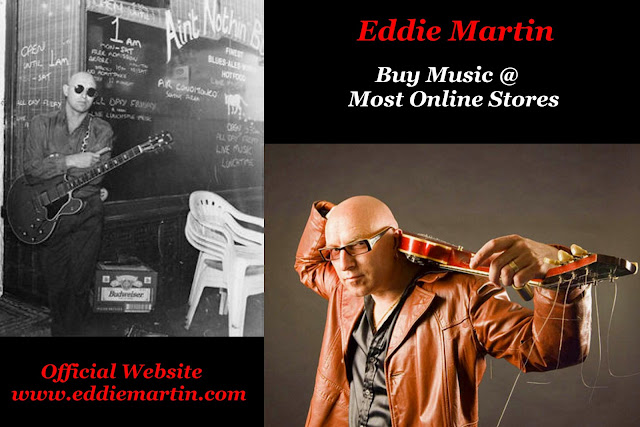 
With 12 rave-reviewed CD releases and constant globe-trotting since turning professional in 1995, London-born Martin has been called "The Ambassador of British Blues". As adept on acoustic instruments as electric, and as a soloist or band leader, he ranks amongst the most successfully versatile bluesmen in the world.


Nominated best UK Blues Guitarist, Best Harmonica Player, Best Band, Best Acoustic Artist and Best Blues CD release many times, his songs have made it onto TV and film soundtracks and to the song stable of Alligator Records. He has been broadcast live on international radio and TV with 3 sessions for BBC Radio 2, including at the famous Maida Vale Studios.


He is now touring internationally with Trio and Big Band to promote his new rave-reviewed cd "Looking Forward Looking Back" ("this album is special" Blues and Soul "Excellent" Blues News) featuring Pee Wee Ellis (ex James Brown) and the Little Big Horns (ex Mick Jagger), and as a one man band to promote his 11th cd release "Folk and Blues", ("Superb" fROOTS, Brilliant" GUITARIST, "masterpiece" by Blues in Britain).


There is no doubt that Martin's quarter century career of recording and performing has established his reputation as one of the most exciting and accomplished Blues Men alive today. He has invested most of his life in studying and contributing to the blues legacy. The impressive fruits of his considerable labors are plain to see – and hear - for those interested, but his determination to remain his own master, releasing his work only on his own label (Blueblood Records) may have kept his name below the radar for many.


Martin honed his skills touring the US, and lived for a while in Texas. Following his first acclaimed USA tour he was befriended by the Dallas/Fort Worth Blues community and toured and recorded with the "Texas Blues Kings" formerly with Smokin’ Joe Kubek. Cutting his playing teeth on the "chitlin circuit" he has had one-man band residencies on Beale St in Memphis and in the Jook Joints of Clarksdale, Mississippi.


As well as being recognized as a leading acoustic and electric guitarist he was also lauded as an Innovator for his rack-harmonica skills by the World Harmonica Festival in Germany where he performed solo, held a Master-class and judged the World Blues Harmonica Competition.

He continues to record live and studio sessions for National Radio program’s (BBC Radio 2 in the UK) of his own music. He has also been in demand as a guest session player, for example he played National Steel Slide guitar on the WC Handy Award-nominated “Blues and Beyond” cd by Dick Heckstall-Smith. (A founder member of John Mayalls’ "Blues Incorporated", Dick Heckstall-Smith described Eddie as “the hottest blues musician to come out of Britain since the 60s”). He has also been a guest harmonica player on live shows with the-late Honeyboy Edwards, Guy Davis and Larry Johnson.

His live performances have always attracted accolades, for example. "The stuff of legend" said Guitarist Magazine last year, "a live act not to be missed" said Blues Revue USA.

His acoustic style has developed into a percussive blend of traditional blues slide and fingerpicking styles. These he combines with rack harmonica playing and foot percussion in the style of the one-man-blues bands such as Duster Bennett, Joe Hill Louis and Dr Ross and is considered “the leading one man band in the UK” by the European Blues Association.

His Electric and Slide guitar-playing has seen his cd work commended by the Guitar Press all over, receiving "excellent" tags from "Guitar" "Guitarist" in the UK, “Vintage Guitar USA”, and "Guitar and Bass" in Germany.

A master songwriter, acoustic and electric guitarist, harmonica player and powerful singer, Eddie Martin has been described as "the most remarkable blues man of his generation" by Blues in Britain.

The biggest circulation blues magazine in the world, Blues Revue, concurred: “One of the UK’s best, whether solo/acoustic or loud/electric, he’s a master of both…years of experience separate him from pretenders. An exceptional guitarist he’s also been gifted with a most expressive blues voice. His greatest skill, however is his slide-playing. Add to that standalone harp skills and Mr. Martin’s ability to coin a phrase and build a song, distinguishes him from others. Songs like the haunting “Kind Lady Moon” underline his storyteller abilities…completing the spell with his guitar mastery.”


Sell music on Amazon at ReverbNation.com 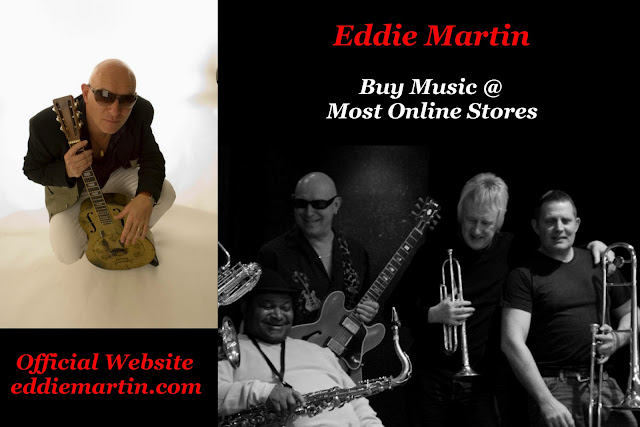