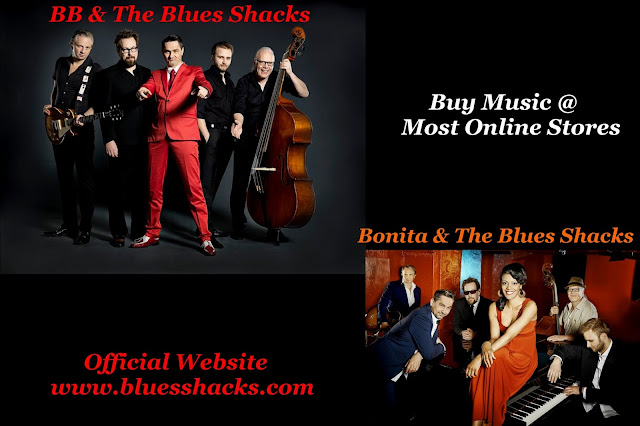 About: B.B. & The Blues Shacks

B.B. & The Blues Shacks, formed in 1989, are one of Europe's most touring and internationally recognized blues bands. Originally strictly devoted to 1940s and 1950s jump and r&b, the band has developed its own musical language, perfectly combining blues and soul in their originals songs.
One of the hardest working European blues acts, B.B. & The Blues Shacks joined CrossCut's roster of artists in 2001 and has recorded five albums plus a live DVD for our company. The next album is scheduled to be released in 2012.
Marilyn Stringer reports on the *Doheny Blues Festival, Dana Point, CA, U.S.A. – May 21-22, 2011 for Blues Blast Magazine, www.thebluesblast.com*

SAILOR JERRY STAGE, SATURDAY: … Direct from Germany! Presenting: B.B. & The Blues Shacks. Best European Band, Best German Blues Band. Big Hit at Doheny – crowd favorite by virtue of the fact that the crowd that flooded the Backporch Stage the next day never stopped dancing to their “swinging and grooving blues”…. Good Job on that booking, Omega!! I would go to Germany to see them again!

The BACKPORCH STAGE, SUNDAY: …. The last band of the day, B.B. & The Blues Shacks (direct from Germany), R O C K E D the small stage! Because the audience had seen them the day before on the SJ stage, they flooded the smallest venue and the party was in full gear when I arrived. And to top it off, Candye Kane, who had joined them many times in Europe, and just there enjoying the festival, joined them for the last song of the afternoon.

BB and The Blues Shacks LINKS: 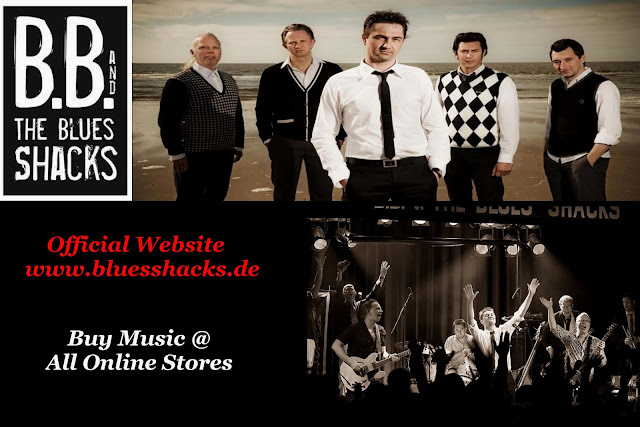