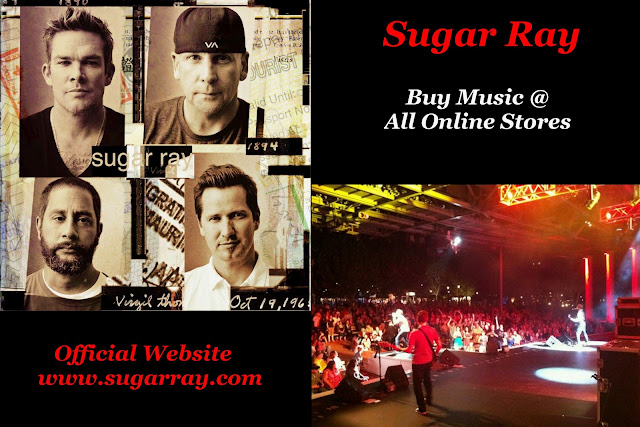 After releasing their Greatest Hits album, in 2005, the band went into a period of relative inactivity for a number of years, with Mark McGrath starting a new job as an anchor on the television show Extra. In January 2006, Sugar Ray was released from their recording contract with Atlantic Records. An exception to this was during mid 2007, with their inclusion of the previously unreleased song "Into Yesterday" on the Surf's Up movie soundtrack, and a brief tour in Asia in August 2007 where they headlined SingFest, Singapore's first international music festival.

Sugar Ray appeared on the May 18, 2008, season 3 finale of American Dad, titled "Spring Break-Up", as themselves, playing "Fly" at a Spring Break party. They also starred in the first live-action Scooby-Doo movie as themselves performing the song "Words to Me".

An announcement came the next day, on May 19, 2008, that the band would be entering the studio to record their first album of new material since 2003. It was also announced that the band signed a new record deal with Pulse Recordings and that the new album should be released in the summer of 2009.

On March 6, 2009, Mark McGrath posted an update on Facebook announcing that a new album, titled Music for Cougars, was on the way. It was released on July 21, 2009. The first single was "Boardwalk".

Sugar Ray released on their blog a song called "Down With Whatever" that was previously unreleased. Also on their blog, they make mention of new music before planning another tour.

In early 2011, Al Keith joined as a percussionist, making Sugar Ray a 5-piece band once again.

As of around March 2012, Murphy Karges and Stan Frazier are no longer in Sugar Ray. Karges has taken a full-time job, and Frazier has dedicated his time to producing, and are not taking part of the Summerland Tour, featuring Everclear, Gin Blossoms, Lit, and Marcy Playground. They have been replaced by bassist Justin Bivona and drummer Jesse Bivona (who have worked with Sugar Ray in the past, stepping in for bassist Murphy Karges and drummer Stan Frazier), respectively.

Belying their origins as a raucous funk metal band, Sugar Ray created several of the most breezily infectious summer singles of the late '90s, hitting on an appealing combination of sunny pop, lightly funky hip-hop grooves, and reggae lilt. Pegged as likely one-hit wonders after their 1997 breakthrough smash "Fly," Sugar Ray managed to maintain their career momentum far longer than many observers expected, aided in no small part by the pinup-worthy looks of lead singer Mark McGrath. Of course, it also helped that the band was able to duplicate the carefree vibe and effortless catchiness of "Fly" on a string of subsequent singles, including "Someday" and "Every Morning." Not everything Sugar Ray recorded bore the sonic stamp of those songs, of course, but that was certainly the sound that transformed the band into a mainstream entity.

Sugar Ray formed in Orange County, the heavily suburban area south of Los Angeles, in 1992. Guitarist Rodney Sheppard, bassist Murphy Karges, and drummer Stan Frazier had been playing parties together in a hard rock/heavy metal cover band, Shrinky Dinx, since the late '80s. Karges served as the touring bassist of L.A. punk veterans the Weirdos in 1990, although a story that Sheppard had once been a cast member on Land of the Lost was patently false. Friend Mark McGrath became the lead singer of Shrinky Dinx after jumping up on-stage to perform one night, and they soon began collaborating on original material. Shows in the L.A./San Diego area helped the band build a regional audience, and a friend of the group even financed a music video for one of their original tunes. The video wound up getting them a deal with Atlantic Records in 1994, albeit owing more to the band's visual presence and potential than the song itself.

The threat of legal action by Milton Bradley, which owned the rights to the original Shrinky Dinks toy, forced the band to change its name to Sugar Ray (after boxer Sugar Ray Leonard). Around the same time, they began augmenting their live shows with the turntables of Craig Bullock, aka DJ Homicide, who later became an official member of the group. Sugar Ray released their debut album, Lemonade and Brownies, in the spring of 1995. Dominated by aggressive funk metal, with touches of punk and alternative rock, the record's typically roaring guitars and smart-a*s humor seemed to position the band as a potential keg-party favorite. Commercially, however, the album stiffed.

Atlantic decided to try again, based on the enthusiasm Sugar Ray generated on their lengthy supporting tour, and sent them into the studio with producer David Kahne (who, among many other credits, had recently masterminded Sublime's commercial breakthrough). The result, Floored, became double-platinum hit thanks to "Fly," a laid-back groove that was seemingly tailor-made for summertime. With help from reggae toaster Super Cat, "Fly" set new airplay records at modern-rock radio and reigned as one of the summer's most ubiquitous hits. The song didn't sound much like anything else in Sugar Ray's repertoire, however, and when Floored failed to produce a significant follow-up hit, many assumed that "Fly" was a fluke that the band would never be able to repeat.

After partnerning with Kahne once again, Sugar Ray delivered their third album in early 1999. The title, 14:59, was a wry reference to Andy Warhol's "15 minutes of fame" dictum, but as it turned out, the group's time wasn't up by a long shot. 14:59 wound up outselling its predecessor, eventually going triple platinum. The first single, the "Fly"-like "Every Morning," shot to number three on the pop charts and became the group's second number one at modern-rock radio. The follow-up singles were successful this time as well, with the hit songs "Someday" and "Falls Apart" consolidated the group's growing reputation for summery, radio-friendly alternative pop. Plus, the album boasted a guest appearance from hip-hop legend KRS-One. The band played Woodstock '99 that summer and made a guest appearance on Run-D.M.C.'s Crown Royal album.

In the spring of 2000, McGrath made his acting debut portraying a doctor on an episode of the acclaimed drama ER. Sugar Ray returned in the summer of 2001 with their self-titled fourth album, which entered the charts at number six and gave the band its first-ever Top Ten album; meanwhile, lead-off single "When It's Over" became another substantial hit in the familiar Sugar Ray mold. But in spite of reviews claiming that the band sounded more like a band than ever before, Sugar Ray's sales were ultimately disappointing. Hurt by the relatively lackluster performance of follow-up singles "Answer the Phone" and "Ours," the record failed to go platinum. In the Pursuit of Leisure and its single "Mr. Bartender (It's So Easy)" also underperformed and after the release of The Best of Sugar Ray in 2005, the band was dropped from Atlantic. In 2009 they returned with the single "Boardwalk" along with the album Music for Cougars, both released by the Pulse label. 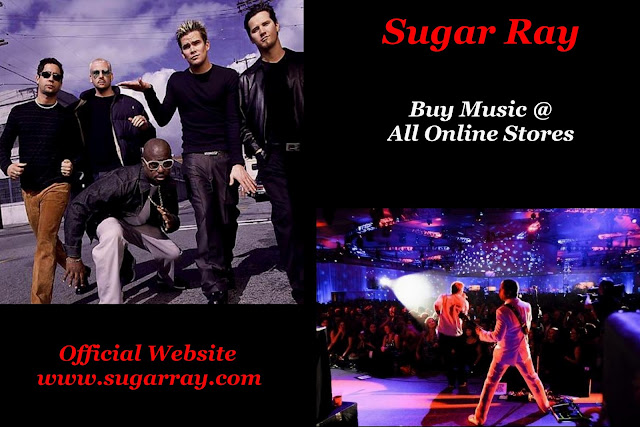