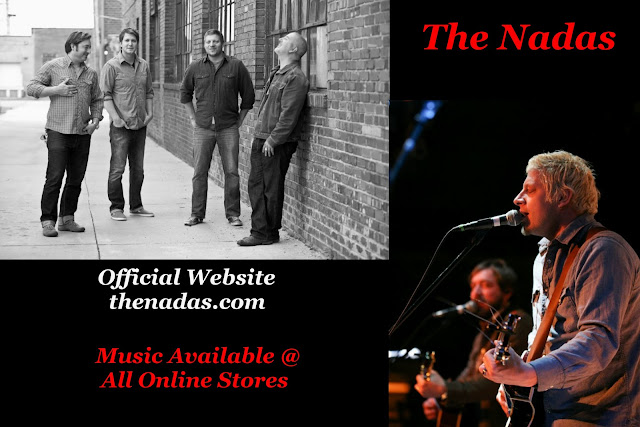 From the White House to "Real Housewives," transparency has become the promise of the digital age; everyone is broadcasting everything all of the time. So what happens when a rock band throws open the studio doors, stops being polite and starts getting real?

Des Moines rockers The Nadas found out when they set out last January to record their seventh LP, Almanac, virtually live. The rules were simple: the band would write, record and release one song a month all year. What’s more, every step of the process would be streamed live on the band's website and with unprecedented access to the creative process; fans were allowed to become an integral part of this album. By joining the band’s web-based Almanac Project, fans could monitor their blog and read the band’s project journal. Comments and criticisms on everything from lyrics to instruments were welcomed and even, in a few choice cases, incorporated into The Nadas’ music. In September of 2009, select fans that had joined the Almanac Project were extended an exclusive invitation to a special songwriting session arranged to write that month’s addition to this most unique album.

By 2009, with hundreds of thousands of copies of their previous six albums sold, and having toured along thousands of miles of highway (in Meatloaf's old tour bus, no less), one would think Playboy Magazine's "Best College Band You've Never Heard Of" would have little to worry about. However, singer/guitarist Mike Butterworth regretted the whole song-a-month idea almost immediately, “By February, I'd decided it was a terrible mistake," he says. "I didn't like being forced to be creative on a schedule, and it wrecked havoc on the creative process. Knowing that people were watching me fumble through musical and lyrical ideas was really difficult. I was self conscious the time whole time."

Co-founding singer/guitarist Jason Walsmith was equally dubious, "The truth is, the process of writing and recording is kind of ugly. I felt dumb singing things for the first time, sounding like junior high choir boy."

Butterworth and Walsmith are known for their flawless songwriting, but opening the normally intimate process for public scrutiny proved to be a trying time. By the end, though, the finished product is truly their best to date. Despite (or perhaps because) of the rigorous, self-imposed deadlines and wildly public creative process, the 12 tracks produced on Almanac, finds The Nadas in top form.

Their previous efforts The Ghosts Inside These Halls (2007) and Listen Through The Static (2005) have found the band (rounded out by bassist Jon Locker, drummer Jason Smith, and violinist Becca Smith) alternating between alt-rock and alt-country. Now, Almanac finds the band fully embracing muscular, anthemic rock. "Bitter Love," "Dodged a Bullet" and "Last to Know" stand confidently alongside the band's most amplified efforts.

The surprise is in the band's strong-but-subtle instrumental choices: staccato strings in "Long Goodbye," tin whistle in "Crystal Clear," steel drums "All I Want Is You." Where a crisp keyboard sound in "Parachute" borrows from Van Halen's "1984," the hint of auto tune in "Long Goodbye" appropriates a dash of Kanye West.

Less surprisingly, though, is the affect of the band's very-public recording process on the lyrics. Tracks like "Call Me" and "Crystal Clear" find both frontmen at their most exposed.

In the end, even he admits that Almanac somehow captures all twelve months. "It was an average year: I lived in the same house, had the same wife, toured in the same bus, and took the same vacation. But I don't think Almanac is an average record. We stepped way out of our comfort zone in terms of writing and producing. Somehow, it's our most cohesive record yet."

"It was a risk," Walsmith said. "But our die-hard fans were game. They came along for the ride. And, just because a little bit of the magic was taken away doesn't mean they didn't relish the process.”

While Butterworth is known for his rock ‘n’ roll intuitions (on perfect display in his live cover of the Beastie Boys’ “Sabotage”) and Walsmith for his alt-country roots, they work perfectly as a songwriting unit, skillfully evoking the romance, introspection and uncertainty of living life on one’s own terms in the 21st Century.

Those terms are what brought on the thoughts of intertwining their fans and the rise of social networking into the process of the album. Over the past sixteen years, The Nadas have built a strong community of fans and together they have sold more than 125,000 albums through their own Authentic Records, including 2003’s Transceiver and 2005’s Listen Through The Static, both produced by Todd and Toby Pipes of Deep Blue Something, as well as 2007’s The Ghosts Inside These Halls. Now, with Almanac, their seventh LP, they are confident they will continue to grow their community, bringing in new fans and new beginnings.

“We started The Nadas sixteen years ago with just a couple of songs, a van and a newsletter, then grew a community from there,” said Walsmith. “The tools we have now to communicate with and build that community are crazy. But it’s still about the songs, and our fans. They’re why we do this.” 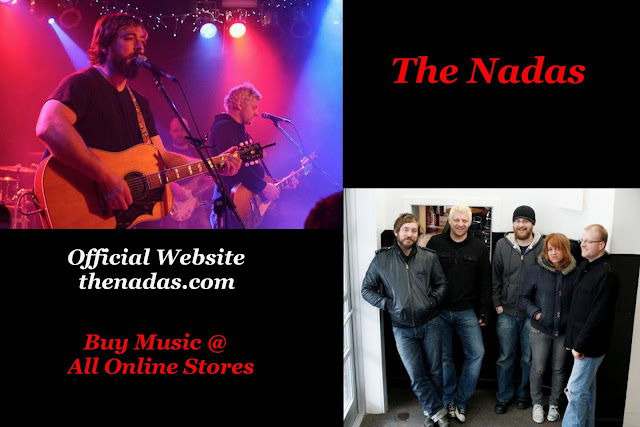