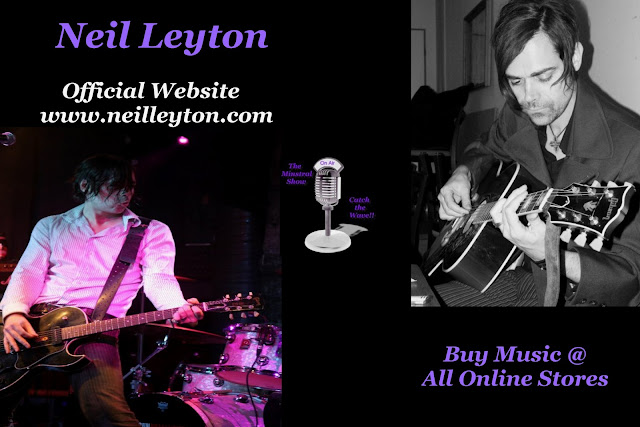 He launched his solo career in 1998 with the release of the critically acclaimed "Secret Avenue" album, throwing himself simultaneously into his music as well as running Fading Ways Music, his Canadian indie label. His second album, "...from the brighter side of her Midnight Sun", was released in the UK via the ChangesOne label in 2003 and in Canada via Scratch Records and Distribution, harnessing critical acclaim throughout all of Fading Ways Music's distributed territories.

"Blacklight Skies", a compilation featuring tracks from both albums and several Leyton EPs, was released in 2005 by Fading Ways Music UK and the German label Supermusic, raising Leyton's profile in Germany considerably, with some excellent record reviews and radio airplay.

The Betrayal of the Self, Leyton's third self-produced album, followed the Dead Fashion Brigade EP, via FW UK and Feedback Boogie Records (Sweden). Recorded in Stockholm at Acetone studios and featuring Leyton's new Sweden-based backing unit, The Ghosts, this album proved to be his most immediate, urgent, and politicized release thus far, captivating reviewers from Finland, Sweden, Germany, Austria, Slovenia, the Netherlands, the UK and Canada - selling units as far wide as Japan. This album will be released in Portugal in 2010.

Leyton and the Ghosts have so far accomplished two central European tours behind the album, while Leyton, on his own, released "Again", a limited edition x-mas '06 CDR release for fans-only (on CDR), covering tracks from several Fading Ways Artists and introducing a few new originals. The Hyperventilating tour followed in the spring of '07, and two more home-recorded albums sold straight to fans followed: "A Reckoning" (2007) and "Metacognitive Apperceptions" (2008).


Here is what people are saying:

"Leyton has it: the Songs, the tendency, the voice. A new filming of Velvet Goldmine should line up shortly, and Blacklight Skies would be the better soundtrack, with all its seventies influences from Roxy Music to the Rolling Stones, from David Bowie to the MC5." – Steffen Greiner, Echoes Online, Germany

"Leyton's got a wonderful voice (channelling Nick Cave's sinister whisper on one track and Jeff Buckley's chilling warble on another), and his songwriting skills prove more than worthy of any delusions of grandeur." – Sarah Liss, NOW Magazine

"This album changes color and mood every three minutes or so. No sooner does that mercurial pop song fade but Leyton has switched to a rootsy tearjerker; draws the last remaining punk fibers from his skinny frame; loses himself in a rant about capitalism; creates an asphyxiating atmosphere with soundscapes or has his entire circle of friends roaring along with him. Anyone who's human would yield in a moment and put his shopping list in order: water, bread and Neil Leyton.

"Rocks Off" energy the Stones used to open their landmark Exile on Main St. — an ass kick of a way to get things going. Leyton's glam rock past as front man for Toronto's the Conscience Pilate injects an extra shot of attitude but he knows when to tone it down. This disc kept surprising me; one minute the Jagger esque "Angie" like ballad "To Jay 17," the next the bouncy "Newspaper Memories," but keeping the whole album together is a raunchy 1970's Rolling Stones brilliance and a sparkling clarity of songwriting genius. - Coreen Wolanski, Exclaim! Magazine, Canada

"I'm in love, and my significant other has that sarcastic jealousy thing going in response. "This album is so much fun," I told him. "I love this Neil kid!" To which he replied, with pre school surliness, "Why don't you marry him, then?" Personally, I think he was just threatened by Leyton's darkly enigmatic good looks and history in the notable glam/rock band The Conscience Pilate. In any case, his jealousy was a charade sustainable only until he heard From the Brighter Side of Her Midnight Sun. Now we're both in love. And this isn't just the early stages of puppy love, either; Neil and I are in it for the long haul.
- Melissa Amos, Splendid Magazine, USA.

"There are some tracks (on the Midnight Sun album) where Neil sounds like At The Drive-In (the politically fueled "The Fading Ways Manifesto"). He then, somehow, follows up that track with a latin piece called "Sangue Latino". He can easily go from an aggressive style to a sweet melody not only during the length of the album but sometimes within the course of a song. This introduction to the artist shows that he is extremely diverse in his musical endeavors. Not only is Neil an established musician, he has also started a label called Fading Ways. - Dennis Scanland, Music Emissions

"Part Rolling Stones, part Zeppelin but at all times cleverly mixing strong pop hooks with a thoughtful and slightly dark overhead. For an album with so many tracks, seventeen in total, it skips along at a fast pace thanks to several punchy radio ready tracks like 'Whispers', 'Once Upon a Yesterday' and 'Nine'. At times a thinking man's rock record and at others just a dirty bar rock and roll album." - Rob Lane, Trashpit Magazine UK

"To say that Neil Leyton represents the more subdued side of rock & roll would be an inaccuracy. Above all what strikes me is Leyton's brilliant control of dynamics. With an unusually expressive vocal quality, Leyton is able to shift mood almost seamlessly, as epitomised by opening track, 'Whispers'. Meanwhile, in '(I Miss the Times) When the Russians Were Coming', his voice ascends to a genuinely terrifying shriek at the end. Overall, this is more than just a collection of songs - by the time you reach final track and album highlight, 'Twilight of the Gods', you really feel that you have travelled somewhere. Comparisons with Jeff Buckley are perhaps inevitable, but on this record Leyton has undeniably placed the stamp of his own
unique artistry." – Drowned in Sound, UK

„An artist who shows what he´s able to do, who doesn't let himself be produced too nice and who plays wonderful guitars."

„We´re absolutely enthusiastic about the album and played one track every day on our midday show!"

"Wow, that was the surprise of the week! Very interesting artist. I played Paint The White House Black as the opener for my show – Radio Affair – on 13th June, more plays to come soon."

"Unbelievable album with lots and lots of styles on it. We took the title track for our rotation-list."

Pretty Volume is a side project by two Canadian Indie underground musicians, Montreal's Ky Anto (ex-Sassy Scarlet ringleader) and Toronto's Neil Leyton (ex-The Conscience Pilate singer/guitarist). The album was recorded in 2003 but only saw release in CD format in 2007 via the UK's Fading Ways Music label and the FW Music Store.

Besides their respective solo careers, both musicians also played and toured with several other projects including Crash Kelly, Sylvain Sylvain (Ky), Michael Monroe (Ky), Dogs d'Amour (Neil), Galore, and others. 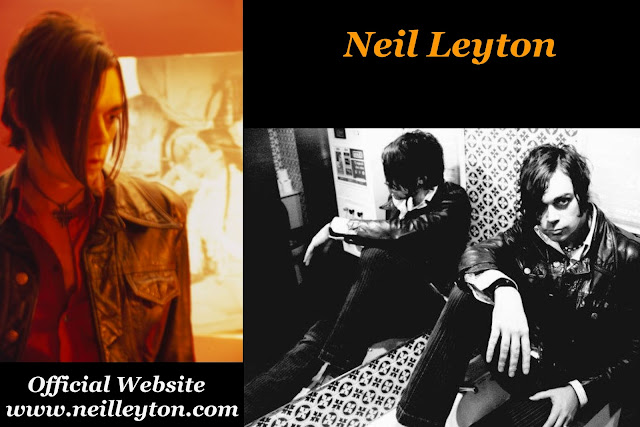