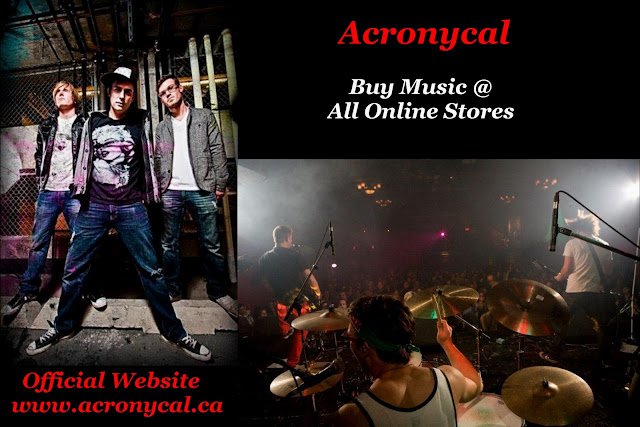 ACRONYCAL is an alternative power trio that rock with passion and ambition. The enthusiastic three piece is sure to get audiences on their feet. ACRONYCAL first got together when Scott Lehman met Keith Madsen in a hair salon. Scott, guitarist, had overheard Keith talking with a hairdresser about music and decided to join in on the conversation. After talking for a while Scott asked Keith if he would like to start up a band. Keith, who just happened to play bass, took Scott up on his offer. After Scott and Keith joined, they tried to find a lead singer. The boys were having trouble finding someone, so both Scott and Keith began taking vocal lessons. Keith had power in his voice, so the choice was made; he was to become the lead vocalist.

After about 2 years of playing together, the guys were still in need of a good drummer. Keith ended up meeting drummer Jayme Wenzel through a mutual friend, and after auditioning, Jayme was welcomed in as the newest addition to the band. ACRONYCAL was complete.

After being together for just over a year, ACRONYCAL had quickly gained a loyal fan base and had played for packed houses on some of the best stages in Edmonton, St. Albert and Calgary. The boys had shared the stage with the likes of Social Code (Edmonton), Pride Tiger (Vancouver), Daniel Wesly (Vancouver), Murder City Sparrows (Edmonton), Hot Little Rocket (Calgary), Ours (New York), and Lukas Rossi (California). The band had also participated in the 2008 Emergenza Battle of the Bands and the 2008 Mazda Muzik Tour.

ACRONYCAL released their self-titled EP in late 2008, featuring four original tracks. After playing around 15 shows in and around the northern Alberta area. In early 2009 the band decided to hit the road and planned an independent Canadian tour, with stops ranging from Victoria British Columbia, to Montreal Quebec to showcase the material from the EP. After a long month on the road the band decided to batten down and put together material for a full-length release.

The winter of 2009 consisted of writing twelve new tracks for ACRONYCAL's first full- length album "SHOWDOWN". The band put the songs in the hands of Edmonton's Velveteen Audio with Brad Simons, producer/engineer, behind the board and on July 20th, 2010 SHOWDOWN was released worldwide.

In September of 2010 ACRONYCAL made the unified decision to move their band to the next level and follow an opportunity that was presented to them. This opportunity lead the band to Palm Springs California where they are currently living and working towards the success of their group. Instrumentation Keith Madsen - lead vocals & bass guitar Scott Lehman - lead guitar & backing vocals Jayme Wenzel - drums & backing vocals 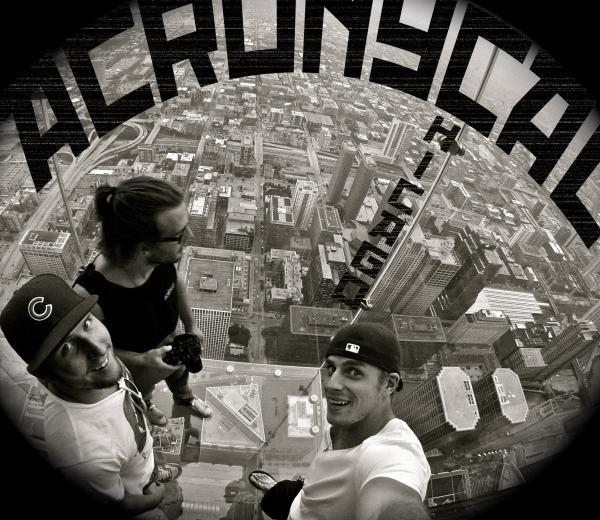