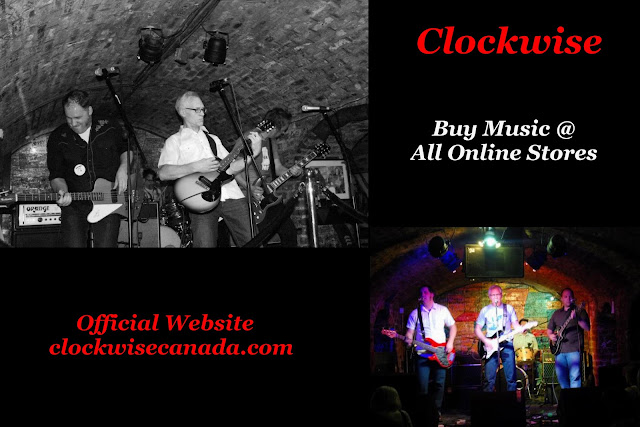 
With a subliminal nod to the song-writing books and hooks of past and present pop-rock purveyors, 'Clockwise' proliferates the three-minute pop song with their unique brand of power-pop.

Comparisons have been drawn to Elvis Costello, Joe Jackson, Graham Parker and Squeeze. Not to be typecast, Clockwise' music isn't revivalist but rather a continuous evolution of a style that can't be defined by an era: Clockwise is at once modern, reminiscent and timeless.

Begat from the smouldering ashes of 90's alt-rockers 'Katie's Bridge', pop-rockers 'The Gravelberrys' and nerdy power-poppers 'The Pasty White Boys'; 'Clockwise' has cornmandeered a strong-hold within Toronto's power-pop market and well beyond their own city's borders. Assisted by an affiliation and a revered profile within David Bash's 'International Pop Overthrow', the band enjoys popularity in a variety of countries and continents as well as in Canada.

Not intended to be released as a single, the song 'You Are a Star' from the band's sophomore release 'Too Little, Too Late' respectably charted and held strong on internet radio station 'Music World Radio' for sixty-nine weeks. In response to this happenstance and fan appreciation in the UK, Clockwise has performed several times at the world famous Cavern Club on Mathew St. in Liverpool to enthusiastic, appreciative and cross-generational music fans.

Since the release of their last full length CD 'Faders On Stun' the band continues to realize a progressive and measurable interest in their music, as more and more people get turned on to Clockwise' ability to entertain and captivate listeners with the tight rendering of their well crafted pop songs. The band's live performances are engaging, dynamic and 100% fun! Their recorded output which spans a 14 year recording career, has all been produced by four-time Juno award winning producer James Paul, includes songs that are equally light-hearted, contemplative and terminally infectious.

Clockwise is a band and the four members coalesce to produce the sum of their parts. Claude writes the words and melodies that inspire contributions from Brent, James and Jason which ultimately comprise the band's sound and it is this sound that defines Clockwise. This sound doesn't defy description; on the contrary it invokes it. To offer an analogy for the uninitiated, to quote Andy Partridge of XTC from the song of the same name; "This is Pop!" 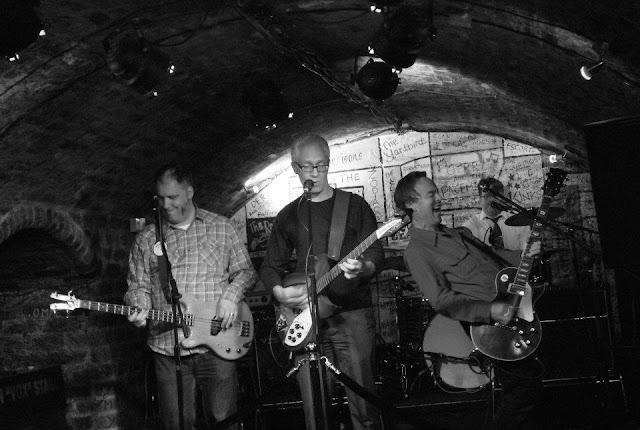