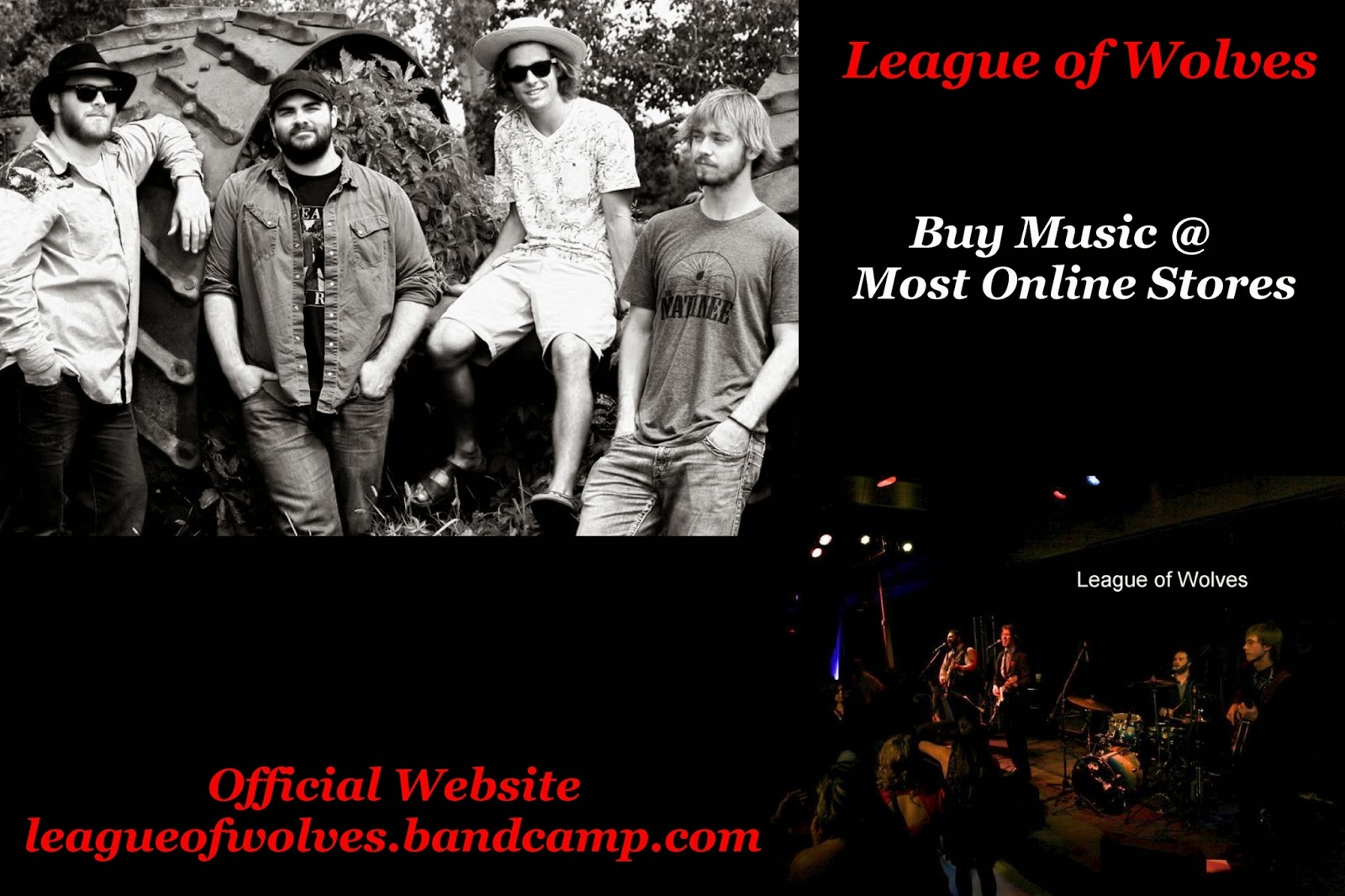 About: League of Wolves


League of Wolves are Dillon Currie (vocals, guitar), Ethan Stork (bass), Aspen Beveridge (vocals, guitar), and Greig Beveridge (drums, vocals). They were brought up in the small town of Maple Creek, Saskatchewan - the 'Gateway to the Cypress Hills'. During high school they had come up with songs while jamming in each other's basements, but they hadn't taken the creation of a band too seriously. Soon after high school, Greig, Dillon and Ethan went seperate ways and Aspen had spent time living in Banff and Saskatoon. Ethan went to college in Alberta, Dillon played junior hockey in northern Alberta and Greig moved out to Maple Ridge, B.C. However, a few years later everyone made the decision to come together and the band was formed.


Over the course of 2011, their sound started to take shape. Although they grinded through freshly learned covers of Johnny Cash, Ray Charles and The Beatles, the bands mannerisms and delivery on stage had started to reflect their rock heroes. Influences from Sam Roberts Band, Kings of Leon, Cage the Elephant and Queens of the Stone Age helped bring an edge and volatility to their sound while still allowing room for rich melodies and harmonies. Although 2011 was a big step, the band considers the spring of 2012, to be their official start. They moved in together and began to pursue music seriously - with a new sense of solidarity. As a result, they had caught the eyes and ears of some of the city's top bands, and have since played shows with Gunner 'n' Smith, The Rebellion, Zachary Lucky, The Pistolwhips, Make Liars, Bass Invaders, Karpinka Brothers and many more. After finding their way onto stages around Saskatoon and playing Summer Invasion Festival in Regina, the band began booking small tours which brought them to towns like Kyle, Hazlet, Prince Albert and Swift Current in the rural spans of the province.


The growing amount of shows seemed to give the band more confidence and with it, original works started to be written. The bands first single, Straight Shot was mastered at Gateway Mastering by Grammy-winning Adam Ayan and was officially released on May 31, 2013. League of Wolves have since recorded an EP called The Motions (under former band name The Shoeless Joes). The Motions is a collection of high-energy, melody-driven rock songs with catchy hooks that make it very hard not to sing along. The EP was mastered by Rob Beaton of RKS Mastering in Los Angeles, California and was released on August 23rd. It debuted at #3 on local CFCR's radio charts and reached #2 which was held for multiple weeks. In order to promote the EP, the band toured Western Canada throughout August and September of 2013 and were well received by venues from Saskatoon to Vancouver. The band is currently working on a full length album and will be touring across Canada soon!


The League of Wolves were formerly called The Shoeless Joes