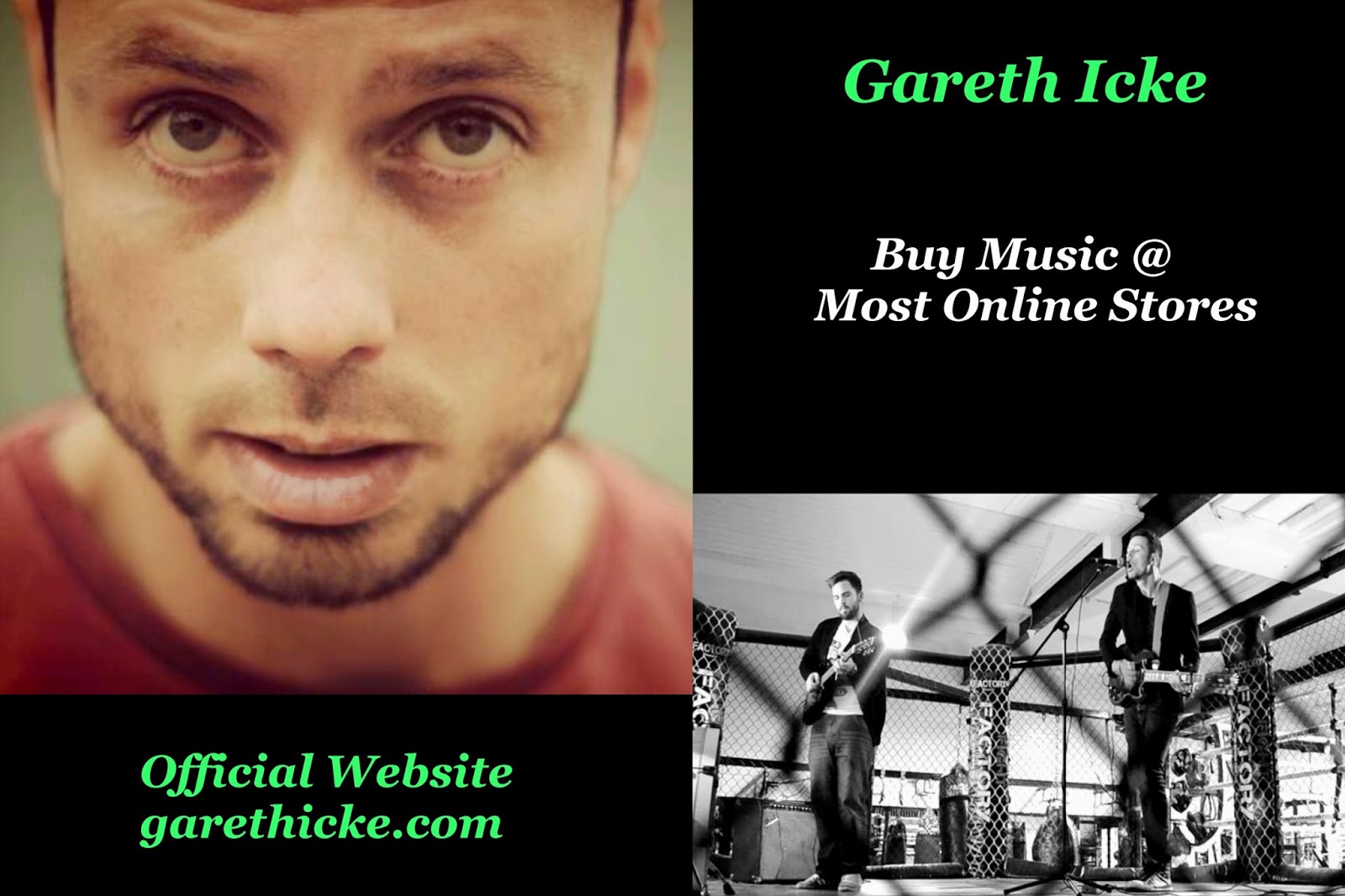 Gareth has just finished writing his third album, and has recorded the opening single, ‘Get your love on’ at Studio 5a, on the Isle of Wight.

He is touring the new material single across the UK, before releasing the single to coincide with his second Wembley Arena performance, in October.

The first single off the album, titled ‘Remember Who You Are’ was greatly received and has already racked up almost 200,000 hits on You Tube.

So far in 2013, he performed at the Isle of Wight Festival, where he was approached to perform on The Voice, an ITV Music talent show. He turned it down and instead, embarked on a 14 date tour of the Scottish Islands.

“Gareth Icke is a talented young singer/songwriter who writes well crafted songs of deep intelligence and sensitivity who has been making a name for himself on the grass roots circuit.” John Robb, Louder Than War

“This man has the world in his hands, and I for one wouldn’t count him out of world domination, he is that good.” Sonic Observer

“The post punk pop (of Remember who you are) is a well produced showcase of Icke’s talent as a songwriter, not only is the melody one that wouldn’t sound out of place on national radio but the song is musically quite playful, employing pauses, breakdowns and a bridge that Coldplay or U2 would be proud of.” Vectis Radar

”A bitter sweet album full of emotion and thought provoking lyrics, Gareth proves here that he is a major emerging songwriter, his music can stand up against the biggest names in the industry.” Cool Manchester

A Brand New Battle was recorded on the Isle of Wight at Studio 5a.

In 2012 Gareth played the Bestival, the Isle of Wight Festival, and a massive 6000 people sell out show at Wembley Arena.

He has struggled to tour until the summer, after suffering a horrendous double broken leg while playing football. After surgery and months of rest, Gareth is ready to get back on the road.

Gareth was a founding member of the rock band Kody. He played several tours and Festivals across the UK and also, a two week tour of America where the band achieved a large amount of their success. The band split and Gareth became a solo artist in 2008.

In December 2009, he released his debut album ‘It gets worse at night’ through Icon Records. The 10 track album was recorded and produced by Dan Swift (Kasabian, Snow Patrol, Aqualung) and received great reviews upon its release.

The album was released on iTunes, Amazon, Play etc all across the World.

“his voice is both soothing and plaintive and moves most powerfully when the music falls back into the quietude of simple guitar picking for accompaniment; creating the kind of ambivalent tension reminiscent of a Lord Byron poem or a David Sedaris essay. Even when he’s singing about the kind of loneliness that gets worse at night, there’s a strange hopefulness in his voice that reassures things will all work out alright in the end.” - Jasmine Anderson , Biocritics.

“The problem with being a failed musician is that whenever you find yourself listening to pure talent you feel jealous and perhaps a little nauseous as you realise that you’ll never be that good. As a failed musician, when I listen to Gareth Icke, I feel like I’m in the throes of death…..but it’s a happy death.” - Alex Baker, KERRANG!

Gareth has toured tirelessly over the past few years taking him as far a field as the USA. He has played Top festivals including The Isle of Wight festival, Norway’s Quart Festival, The Festival Scene Des Brassage & Festival Sors De Chez Toi, both in France, as well as many UK tours.

The records opening track, ‘It Feels Like A Race’ was championed by radio stations all over the Country including Kerrang Radio, BBC 6 Music and Steve Wright’s Afternoon show on BBC Radio 2. The songs music video has now reached over 65,000 youtube hits.

Gareth was regularly headlining top London venues such as the Borderline, South of the Border and The Barfly. In 2010, Gareth completed a national UK tour, a ten date tour in Germany and played two great festivals in France. He also completed his 4th Liberty Tour along with Alan Frew and Jono. The Liberty Tour is a collective of the best independant acoustic artists. It puts them together and sends them out on tours across Britain and Europe.