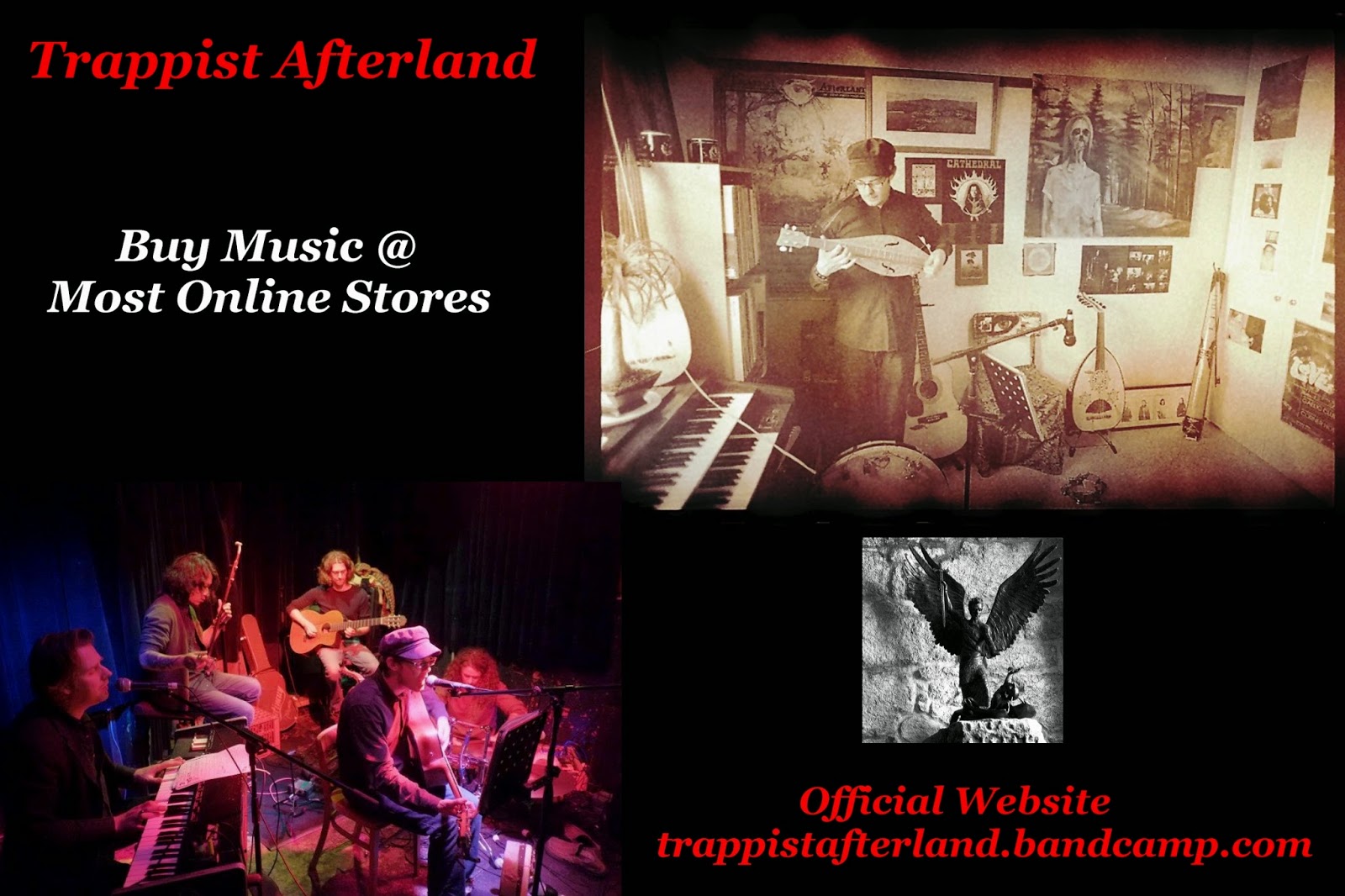 Trappist Afterland Have released 5 Albums one of which "Like a beehive, the Hill was Alive" was digitally released through New Zealand based label The Active Listener to Rave Reviews.

Trappist Afterland's latest Album "Afterlander" was released through UK label Sunstone records in July 2015. The Band then embarked on tour across the UK and Europe in support of the new release. Trappist have also played in New York and a myriad of venues around Australia.

There are also plans to release a split 12 inch Vinyl with US Acid folk Pioneers Stone Breath through American Label Follyphone Records in October 2015.

Adam Cole also played on Belgium Producer and multi instrumentalist Will Z's latest album alongside Daevid Allen of Gong and Folk Cult Legends Book of Am.

Although the influence of folk music from various sectors around the world can be heard in Trappist Afterland's music (The British folk revival, 70's acid folk, Gamelan music, Middle Eastern music, Indian raga) they still maintain a unique and almost otherworldly quality, that sounds unlike anyone else.

With lyrical explorations delving into Gnosticism, Christian mysticism and other esoteric themes, Trappist still manage to keep their music firmly grounded in the present while maintaining a timeless quality.