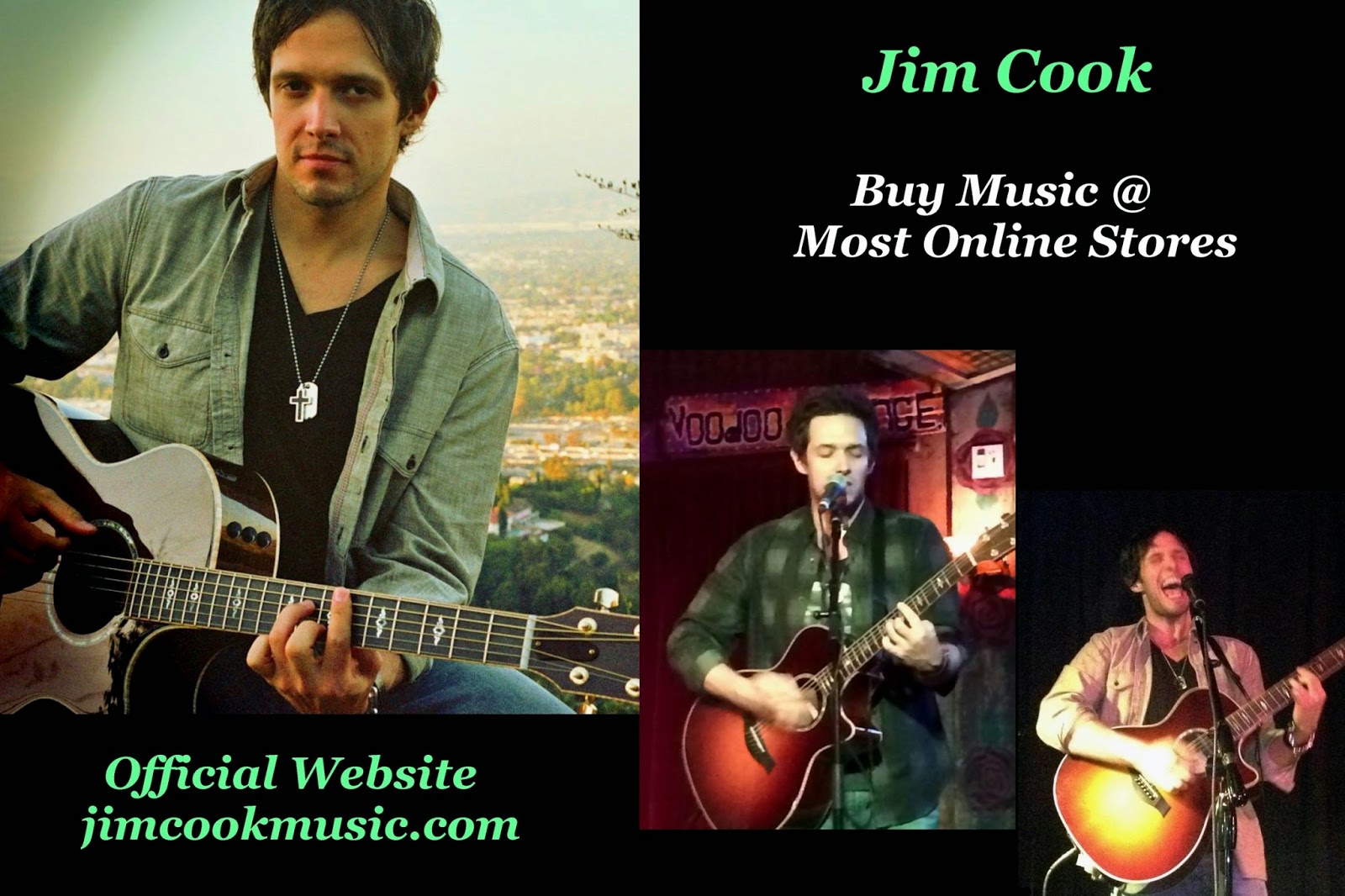 
As a teenager, Jim Cook wanted one thing: to play guitar like Eddie Van Halen. But that changed when his high school girlfriend started toying with his heart. Annoyed and confused, Jim turned to his guitar and wrote his first song.


Tales of romantic frustration continue to fuel much of Jim Cook’s music, and his debut single, “Chasin’ You,” is no exception. It compares his ambivalent lover’s unexpected return to a shark attack.


The single was produced by Dirk Lance, a founding member of Incubus. Lance also lends his talents on bass to the track, and is joined by Incubus drummer José Pasillas. As Cook’s vocals and guitar swim atop the veteran players’ groove, the result sounds something like Jason Mraz jamming with Jamiroquai.


Jim Cook will embark on a solo acoustic tour in support of the single, with dates in Los Angeles, San Diego, and other coastal California cities to be announced. His live shows are energetic and entertaining, with original songs ranging in style from quirky Americana to funky acoustic pop.


Based in Los Angeles, Cook is a native of Ohio. While in the Midwest, Cook honed his chops as songwriter and lead vocalist for touring alt/pop band The Big Creak. The band’s performance of Cook’s “23” is featured in the opening credits of Winter Break (Universal, 2003), and other songs from its catalog have been heard on HBO, VH-1, Discovery and more.


“Chasin’ You” is Jim Cook’s first official release since 2004, and first-ever release as a solo artist. Cook will perform for the remainder of this year and plans to release an EP in 2014.