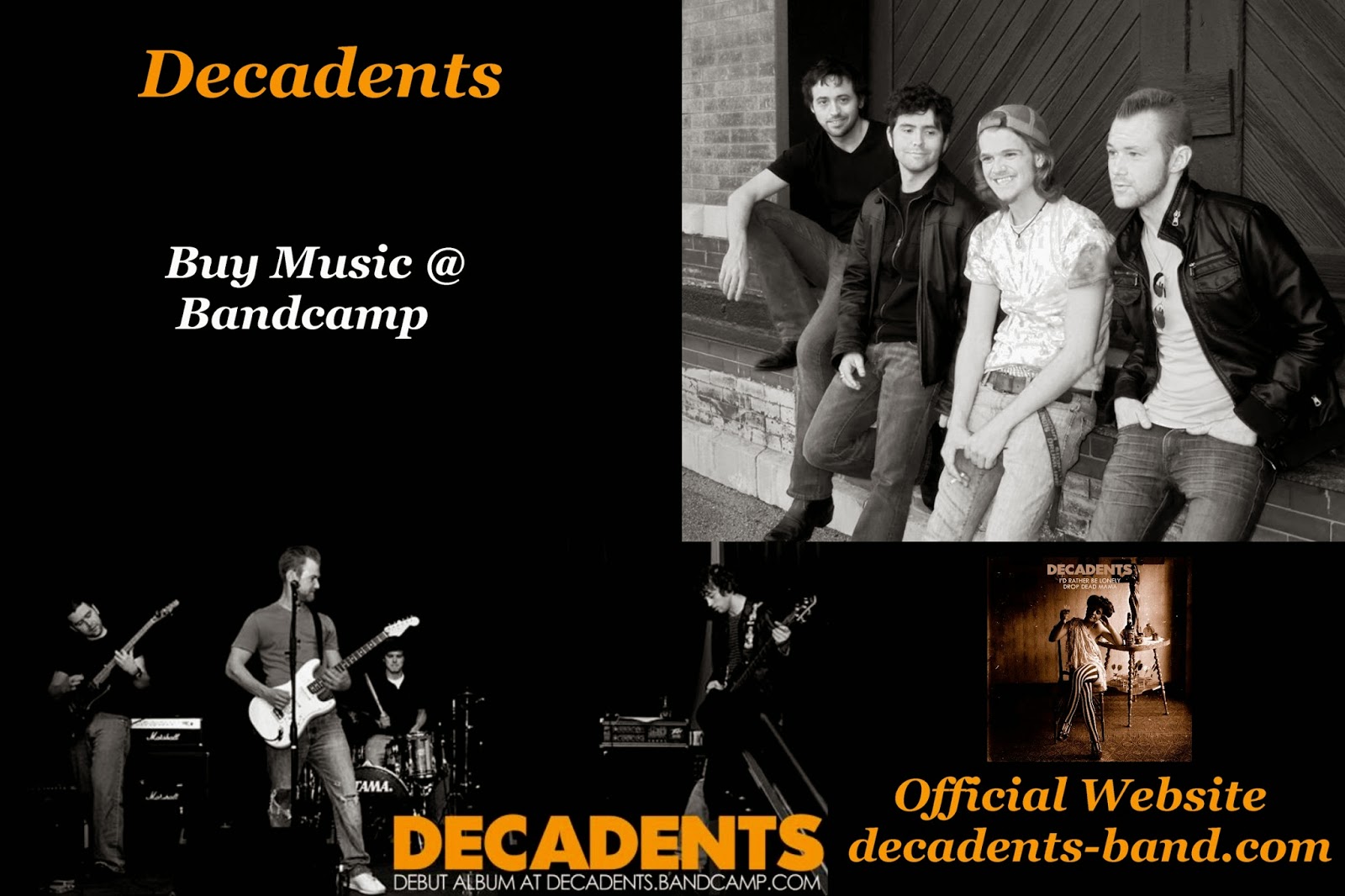 
Decadents were founded in Champaign Illinois in early 2010 but it wasn’t until October 2012 that the current formation began performing together. Mike Carpenter (guitar, vocals) and Mike Solomon (guitar) were in search of a new rhythm section after the release of the Decadents self titled debut album in September 2012. Shortly thereafter, Ben Davidson (drums) and Allen Beebe (Bass) joined the group.


Performing throughout Champaign-Urbana, Central Illinois, and Chicago over the next 18 months, Decadents tightened and evolved their sound significantly and began working on new material to showcase their new form. The Decadents will release their second album “Elegantly Wasted” in June 2014, and it promises to be a chart topper.