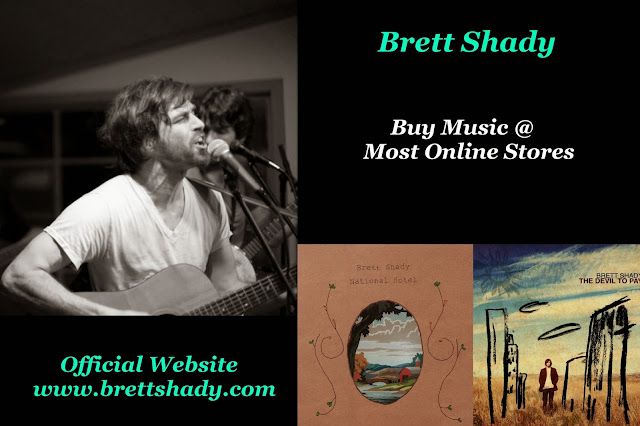 
Of the songs on his debut full-length album “The Devil to Pay”, Brett Shady says, "These are songs that were written out of frustration more than anything else." Having performed as a frontman for rock and punk bands for fifteen years, Brett began writing songs four years ago after a cross-country tour with the band Golden Shoulders. "I needed more artistic control and the opportunity to express myself that I wasn't getting performing other people's music."


With such disparate influences as Elliott Smith, Marty Robbins, Paul Simon, and Sam Cooke, Brett's songs paint a picture of heartbreak and regret and raise questions of good and evil deeply rooted in the American song writing tradition. Most of the ten songs on The Devil to Pay were written about his move from Northern California's gold country to LA ten years ago, a period Brett says was "full of isolation and depression and struggling to find my place in the world." Recorded in Nevada City, California by renowned engineer/producer Dana Gumbiner, the album features an ensemble of veteran musicians and is available at most online stores.

Brett released his follow up album, “National Hotel” Novemeber 11th, 2014 which continues his unique blend of Folk, Pop, and Americana Alternative Rock that solidifies his style, his song character, and his appeal to a growing audience of music starved fans. “Brett Shady” is the real deal.