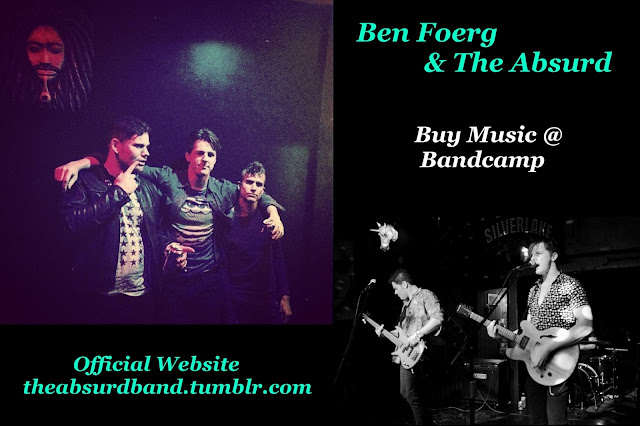 About: Ben Foerg & The Absurd

On a dark, lonely night in Idaho Springs, Colorado, Ben Foerg, Josh Loney and Colin Jensen sat round the fire pit at the trailer park's community area. Whilst discussing Kant's categorical imperative, Plato's Cave and McKay's Anchorman, a flaming star fell from the sky, causing the otherwise placid trio to fall into a state of incurable bewilderment. The falling star (which could not be put in your pocket when caught, though they did try) itself has very little to do with the story; however, witnessing the phenomenon of said falling star left the trio in a state of madness from which they would never return.

Left to cope with the throes of insanity, in possession of neither goods nor ideas, the trio took a hike along Soda Creek and before long found themselves simmering in the Indian Hot Springs. Wafting the fumes of the anachronistically named springs, Ben turned to Josh, Josh turned to Colin, Colin turned to Ben and, all at once, they knew: They must start a band.

Originally, Josh played fluglehorn (Colin and Ben insisted he play trumpet, but Josh was a purist) while Ben and Colin handled rhythm, melody and lyrics with purely guttural noises. As this particular orientation only attracted the attention of the various bands of gypsies and hippies who traveled through the mountainous region of Idaho Springs, they eventually realigned and regrouped as a bluegrass group. Unfortunately, Ben couldn't play bluegrass guitar, so they reformed as a bebop jazz group. Colin had problems with theory though, so they, once again, broke down then rebuilt. Stronger. Faster. And better. They rebuilt themselves as a genre you've heard of, but Josh wasn't comfortable with genre distinctions. So they ditched the idea entirely and played whatever was in their squanch.

At first, they were known as The Holy Mountain Men. Then they became Indian Electric Boogaloo. And then, neath the full moon, they finally knew what they were: The Absurd.

Coming to a children's party, bah mitzvah, or charity event near you soon, The Absurd is every family's idea of a good time. Buy their things now, and give them your money! 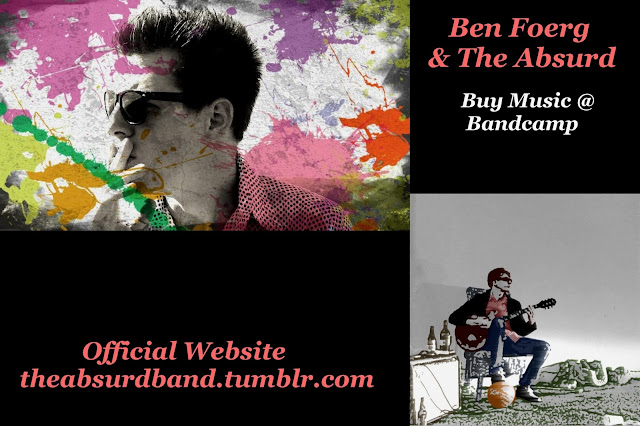