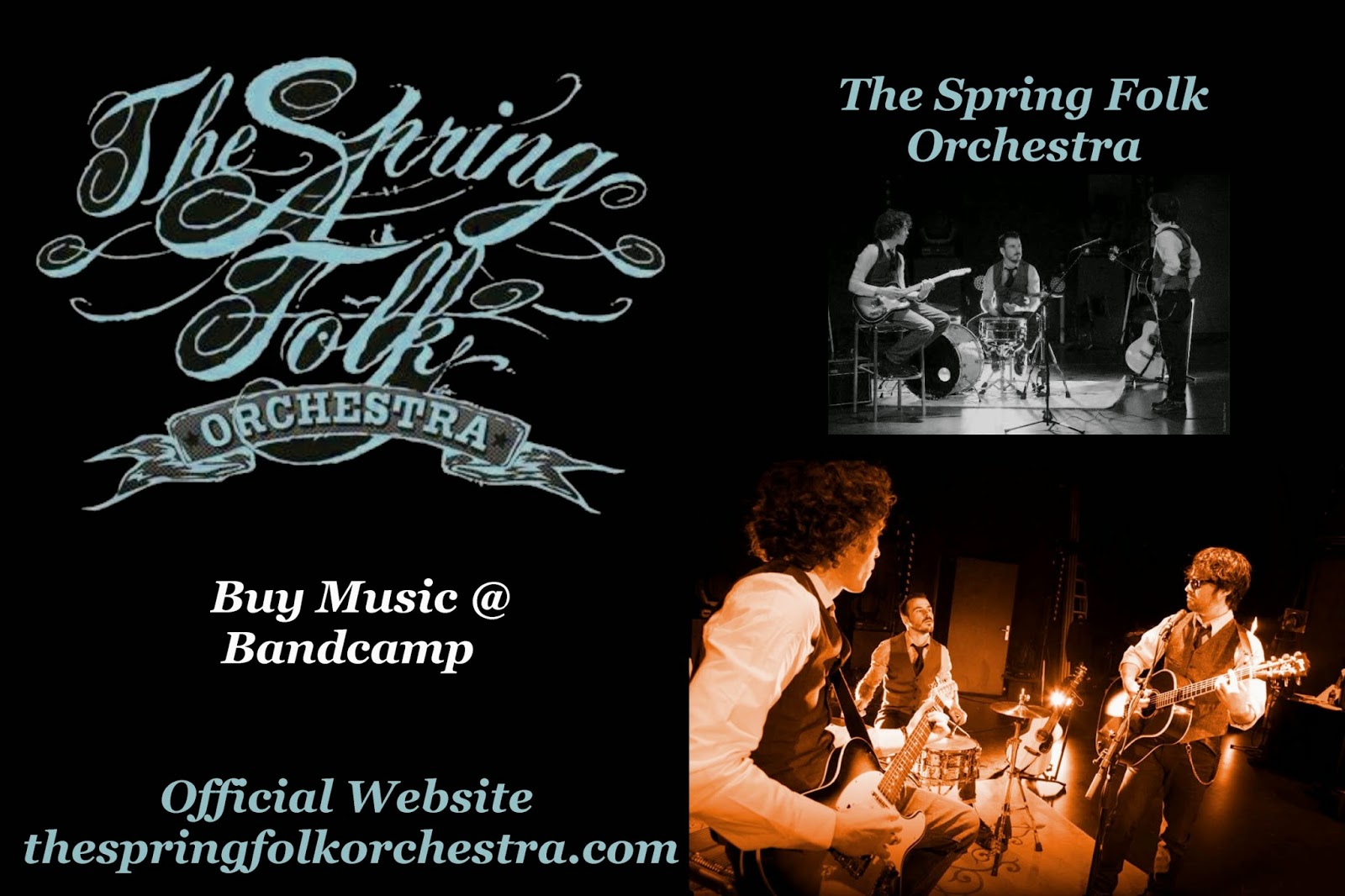 About: The Spring Folk Orchestra


From “Alps next to Geneva”, Rhône-Alpes, France, “The Spring Folk Orchestra” are Musicians from different generations but with common musical influences that narrate, through music, the story of their times. They are an acoustic folk group with no concession or compromise, and are sober and deserving as tradition calls for. Their music flows like a breath of fresh air to carry the listener off into a world where music ushers in an atmosphere of sanity away from agitation and noise…


The SPRING FOLK ORCHESTRA started in the spring of 2006 and have evolved over time into the exceptional band we hear today.


In the fall of 2013, the “Spring Folk Orchestra” began work in their home studio on a 9 song album titled “Nine Songs” and released it in February 2014 on Bandcamp which gained them recognition in music circles for their catchy folk and bluesy country sounds.


Riding the positive energy from “Nine Songs” the group then quickly followed up their album with a 3 song EP titled “Enter the Road”, which further demonstrated their broad and diverse influences from the earlier folk rock era’s of the late 60’s and early 70’s…but with a lyrical twist of today’s reality.


Sincere and honest, the “Spring Folk Orchestra” combines their own style with a reflection of influences from many artists of the past including such notables as Kerouac, Jerehmia Johnson, Corso, Bob Dylan, Neil Young, America, Crosby Stills and Nash to Van Morrisson, via Hank Williams, Merle Travis, the Statler Brothers, Leadbelly and the rockabilly pioneers, from Elvis to Johnny Cash.