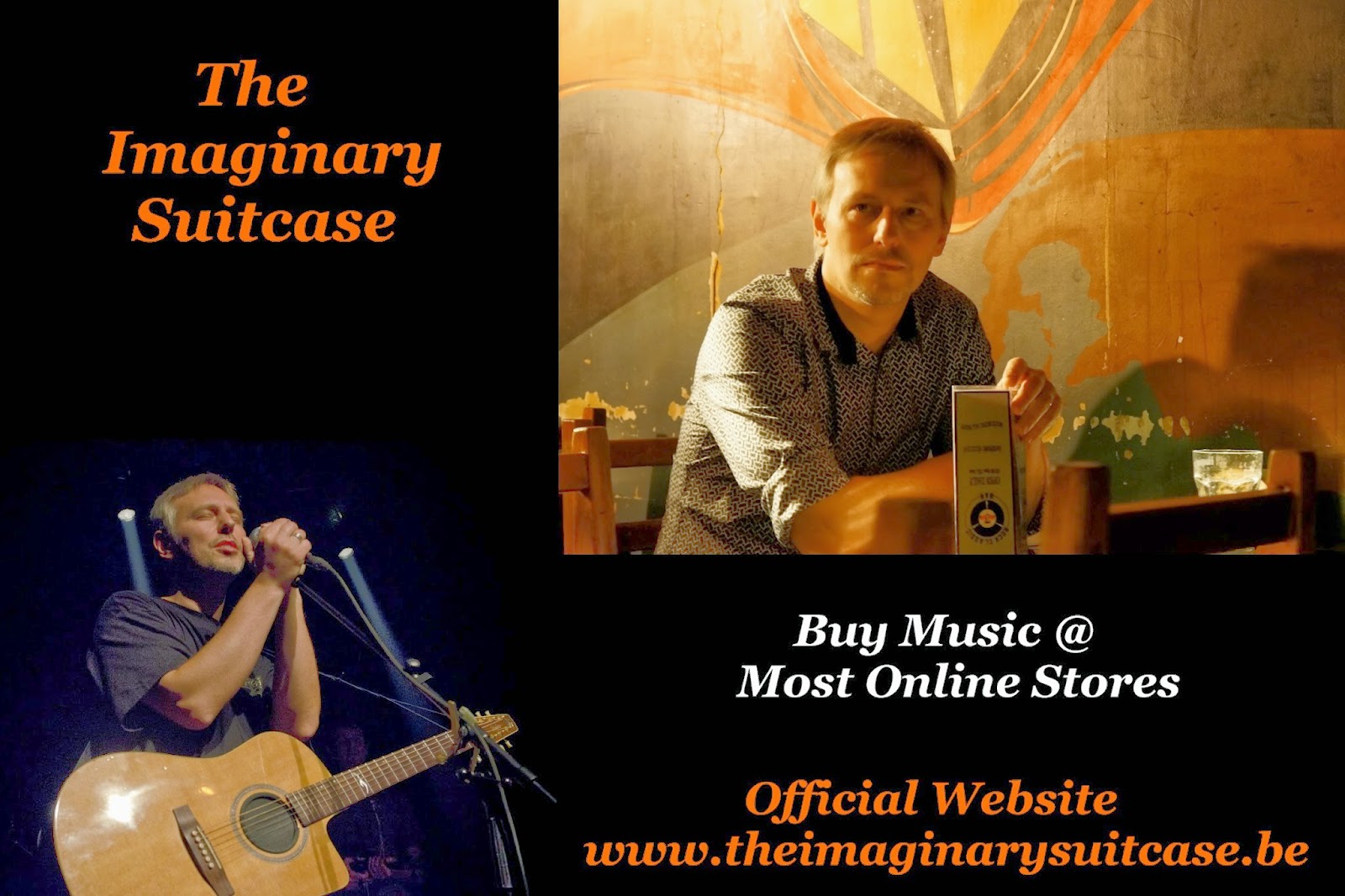 About: The imaginary suitcase


The imaginary suitcase is the one we carry along throughout our lives, the one that contains our dead or barely breathing illusions and the images of our life as we fantasize it.


The Imaginary Suitcase is also the solo avatar of Laurent Leemans, singer and guitarist in the acoustic folk-rock combo Ceilí Moss since 1996, and before that in La Vierge du Chancelier Rolin in the 90s.


Cracker sang "what the world needs now is another folksinger like I need a hole in my head" and they were not wrong, but in 2010, after 14 years spent in a band of 5 to 8 musicians playing full throttle Poguesey folk-rock, the desire to bring to life songs that didn’t fit in the Ceilí Moss sound got stronger than the fear of becoming the 1001st whining brat who strums two and a half chords and moans his small time existentialism, so that everyone understands what Schopenhauer meant when he wrote that boredom could be a metaphysical experience…


Whereas this project began as a mere recreation, and Laurent expected not much except the selfish satisfaction of seeing some personal songs come to life, The Imaginary Suitcase grew way beyond it's founder's wildest expectations with gigs (awkward at first to find yourself alone on stage when you've always had half a dozen excellent musicians behind your back...), praise and enthusiastic comments from the blogosphere and occasional cooperations with Marc Gunn (of the Brodbingnagian Bards), Jessica Kilroy, Seesayle or Marieke Lightband.


Soulful and ultra melodic songs built round a deep and versatile voice (think of the son Suzanne Vega and Nick Cave would have had) at times caressing, at times ominous, and deceptively simple guitar chords, lightfooted but equivocal. Can you say The Imaginary Suitcase is a sort of Belgian counterpart to The World Of Skin or maybe Joseph Arthur’s evil twin? Why not? And the listener will probably also perceive the influence of The Jesus & Mary Chain, The Smiths, Nick Cave, Rowland S. Howard, 16 Horsepower/Wovenhand, Joy Division, Paul Roland, Brendan Perry, Death In June, Hugo Race, The The or Swans.


In little more than two years, The Imaginary Suitcase has already released four self-produced records: Here’s to those we could not save in march 2012, Putting things on top of other things in february 2013, Full moon fever in september 2013 and the brand new Driftwood in march 2014. Live, Laurent uses different electric or acoustic guitars, an autoharp and some percussion to bring a surprisingly full, varied and generous performance for a guy alone.