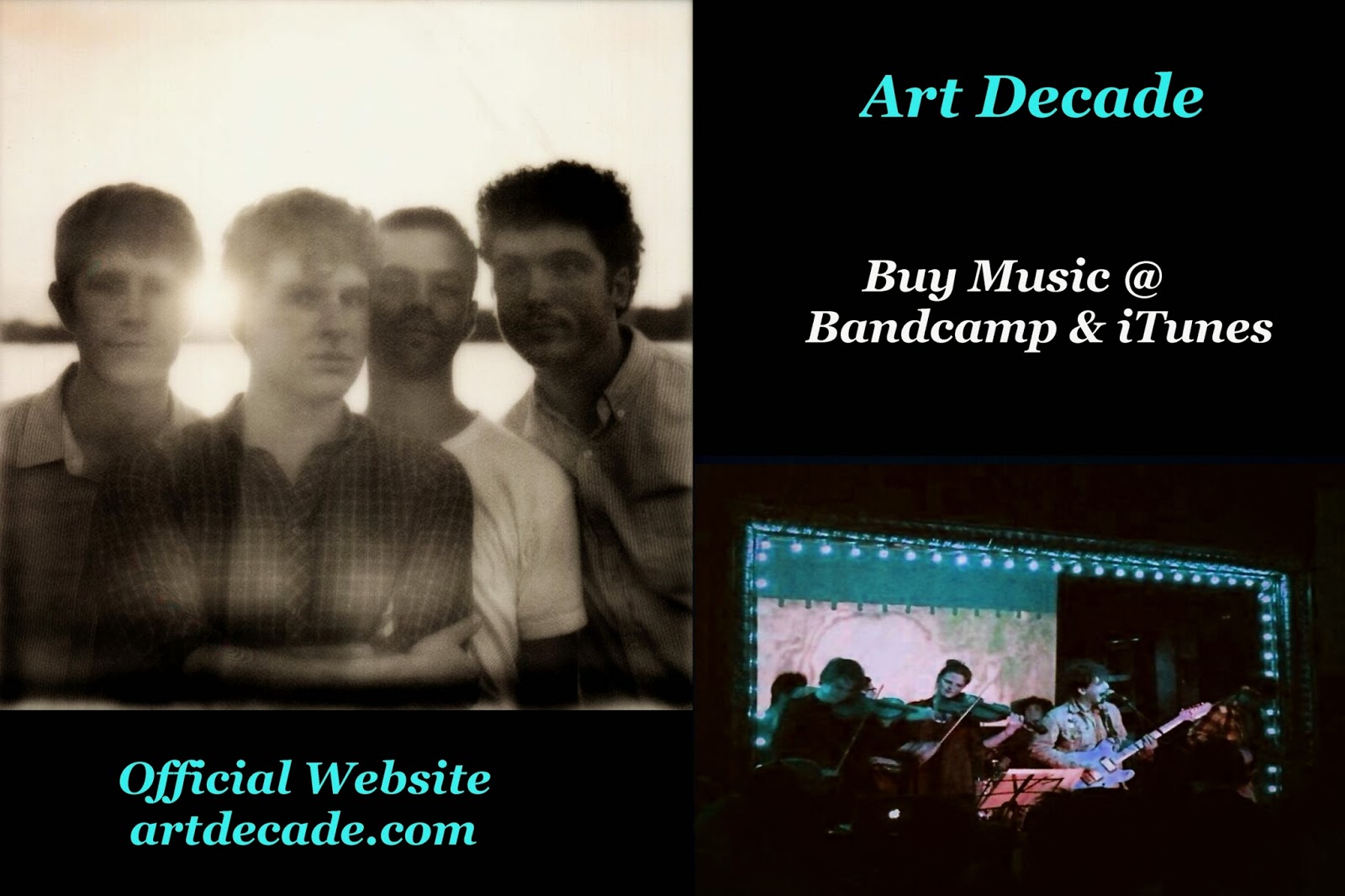 
Boston orchestral pop band Art Decade began when singer Ben Talmi was in the 8th grade. Or rather, the seeds of what would become Art Decade first took root when Talmi formed his first band, Channel, while still in his early teens. After several EPs, Channel garnered the attention of the late LeRoi Moore of The Dave Matthews Band. By then known as Art Decade, they were invited to record their 2008 Innocence/Experience EP at Matthews’ own Haunted Hollow Studio in Charlottesville, Virginia.

When the band was ready to record their 2012 debut LP, Western Sunrise, they enlisted producer Dan Hannon, set up shop in his studio, and came away with a self-described “neo indie classical” album of symphonic pop/rock. They continue this thorough dissection of indie pop and classical music on their self-titled sophomore album, which was released in early 2014.


Art Decade is a wonderful Symphonic Pop group with a destiny for global success.