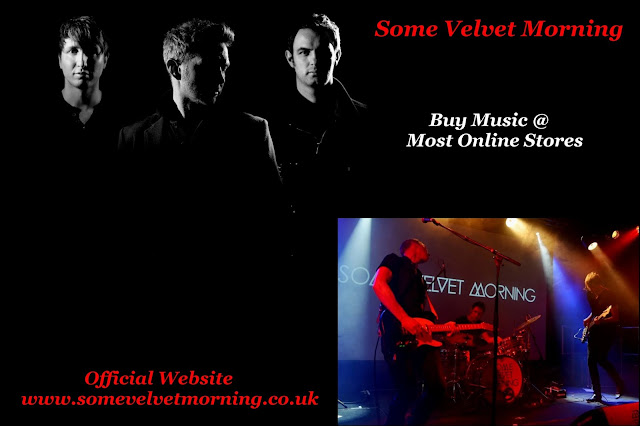 About: Some Velvet Morning

Some Velvet Morning, named after Nancy Sinatra's famous song with Lee Hazelwood, was formed by the Lambert brothers from North London, who are influenced as much by 80s synth-pop as the guitar melodies and counter-melodies of U2’s The Edge. “A lot of bands start out the art school way,” says Des, “with a certain purpose. We’re completely the opposite. We just started doing gigs, I could play guitar a bit, and that’s how we went on.”  The arrival of Rob, a dexterous and versatile sticks man proved to be a decisive moment for SVM. “I’m influenced by the classic drummers,” explains the Flanagan from Lincoln. “Ringo Starr, Nick Mason and Mick Fleetwood... the great unsung heroes, so often underrated, but the parts they played on those records are unbelievably good.”  According to Des, Rob learned to play drums from The Beatles’ Abbey Road and tom-tom laden tracks such as “Come Together” - “that album’s in his DNA.”


Success followed with their 2007 debut album, 'Silence Will Kill You', which comprised of some punchy, potent pop-rock, produced by Grammy Award winning Rik Simpson (who notably worked on Coldplay’s Viva La Vida album with Brian Eno) and Mike Pelanconi (Lily Allen, Graham Coxon). This album was nominated for XFM Album of the Year 2007, while a follow-up single, “How To Start A Revolution”, was featured in the international trailer to the Hollywood movie “Kick-Ass”, Matthew Vaughn’s blockbuster starring Nicolas Cage.


“The first album... was us finding our feet,” explains Des. “We didn’t totally know what we were doing, but one thing we always had were the songs. The question was how to dress them up - the production, the arrangement, the aesthetic of the band.” In 2010 they released a self-titled EP that featured an even more honed and streamlined version of their shimmering, soaring rock sound.

“We consolidated our sound on that EP,” agrees Des. “It was more concise.” Des also notes other influences on the band’s current material such as the “pre - Love Cats” version of The Cure, when Robert Smith et al were mired in the moody, dark rock of “Seventeen Seconds, Faith and Pornography”.

“We were inspired by their rhythmic and aesthetic shadow,” he says, adding that, instead of “chasing quantized perfection” in the studio, they tend to go for a sound that, while not technically immaculate, “really rocks”.

Adept in the studio, exciting live, now all SVM had to crack was how to sell their records. They’re approaching this in a novel way, with My Major Company, who operate via crowd funding, a new type of record label system, already successful in France, whereby fans are encouraged to invest in new artists, giving them a say in the future direction of the bands or singers. SVM needed £100,000 to make it work, and they amassed that sum in an astonishing two months.

Of course, none of this would work if their songs weren’t strong, and luckily Some Velvet Morning have those in spades. “Don’t Think,” from their new album “Allies,” is plangent and heartfelt, with echoes of Peter Hook’s trebly bass and U2’s ringing guitars. “Control” is all about control - controlled performances and controlled dynamics, as the players reach peak after peak. On “Resistance,” the guitar riff is instantly recognisable, one of those songs designed to rouse audiences at festivals, with Des’ declamatory tones never being swamped by clatter. Meanwhile, “The River” is the sort of quietly brooding, slow-building affair that gives rock ballads a good name.

You can imagine "Allies" lead single, “How To Start A Revolution,” filling the biggest of rock venues, with the band given plenty of space to roam. Here as elsewhere, the move from intro to verse to chorus is subtly explosive. The track featured in Irvine Welsh's 'Filth' in 2013 and will appear, with other SVM tracks, in 'The Smoke', starring Matt Di Angelo from BBC's 'Hustle', released on 20th Oct 2014. Meanwhile, SVM are in the studio working on a new album 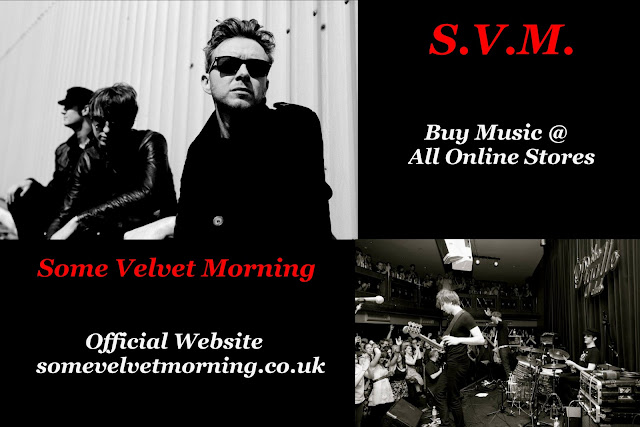