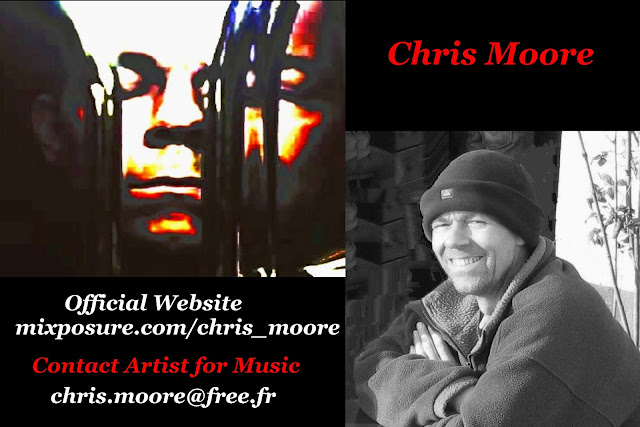 About: Chris Moore
I've done my share of playing in bands over the years.  Started out playing the piano at 4 years old, taught by my father, who had music coming out of every pore in his body.  My first ever band was when I was 13, playing with my brother Tim and a couple of friends from the village where we grew up in the south-west of England.  Trouble is my brother was 15, and he played keyboards too, and he was bigger than me, so I bought my first electric guitar and set to learning that.

Then came about 15 years of being "sensible" and making a career for myself, while I watched my brother playing on just about every major stage in the world and one or two old friends becoming household names.  Finally came back to music in 2004, when I moved to France to get away from the rat-race and learn some recording techniques, although I still commute to London every week to earn my crust and keep the wheels turning.

These days I'm really just a songwriter. The years have taken their toll on the vocal chords, and they can't do what they used to, so whilst I perform all my songs on here, I would love for other people to try them too.  If anyone feels like doing just that or likes what I do and would like some of my music for their words and vocals, then drop me a pm or an email to chris.moore@free.fr
Contact: chris.moore@free.fr