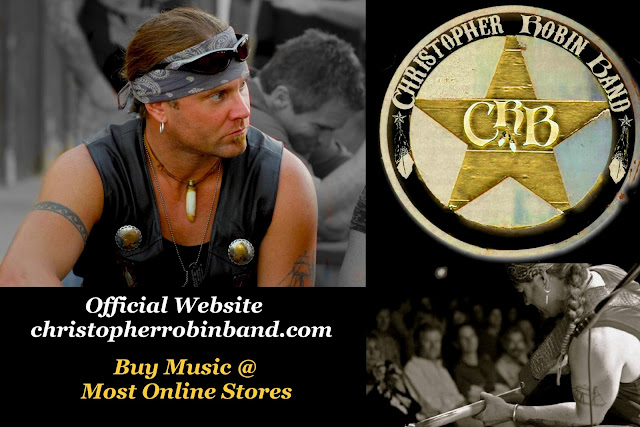 
Since he picked up the guitar and taught himself how to play at the age of 14, his musical roots have included personal lessons from artists like Michael Hedges, Gregg Allman, Wayne Henderson and Garth Webber, yet his tone, chord structure, feel, searing solos and sense of melody remain truly his own.

At the age of 16, Christopher Robin started writing all of his own music and now draws from his own catalog of 200 plus songs.

"All of my songs are true stories - I've had residency in seven different states - and there's been a lot of stories. They're about all the things I've done, from sailing on tall ships to being a cowboy in Colorado , to playing for Kings, Queens , Princes and Princesses in Europe , or the Hells Angels in California , to your typical love-on-the-rocks kind of thing."

At the age of 18, he studied with independent luthier Brad Nickerson, building his own acoustic guitar to perform upon. After completing his guitar in 1993 he moved to San Francisco to start his career as a performing singer/songwriter. Working side jobs as a guitar tech for the Jefferson Starship, and the
Gregg Allman Band.

Christopher Robin has accomplished what every musician sets out to do; he has developed a unique, individual voice, a music undeniably his own, a sound that is recognizable from the first note.

Additionally, Christopher is still called upon to sing and play guitar for the original "Lady Outlaw", Jessi Colter. These experiences have earned him the reputation of being a true musician's musician in addition to being a high-energy crowd pleaser.

With three CD's under his belt, Christopher and his band of all-star players, including his "Little Brother" Trevor Taylor, continue to maintain an extensive national touring schedule.


"From Fairfield, Conn. to a little apartment in San Francisco to Music City, USA - Nashville, Tenn. to the mapmakers - singer/songwriter Christopher Robin has seen and done it all, a traveled troubadour cut from the same cloth as the music legends he so reveres" ~ Play Magazine

"After more than a decade of paying his dues and soaking up the wisdom of seasoned, storied performers, however, Christopher Robin is now poised to become one himself" ~ Play Magazine 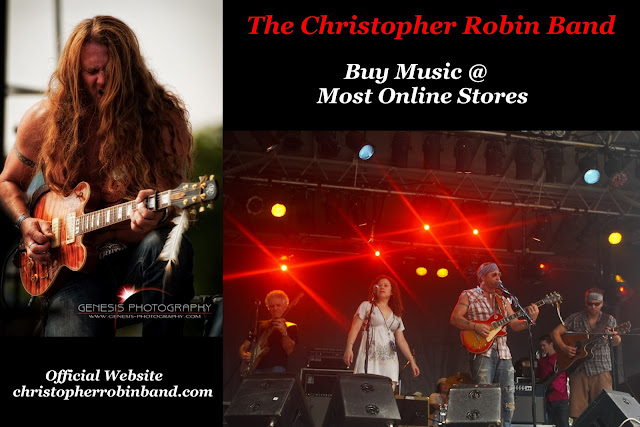