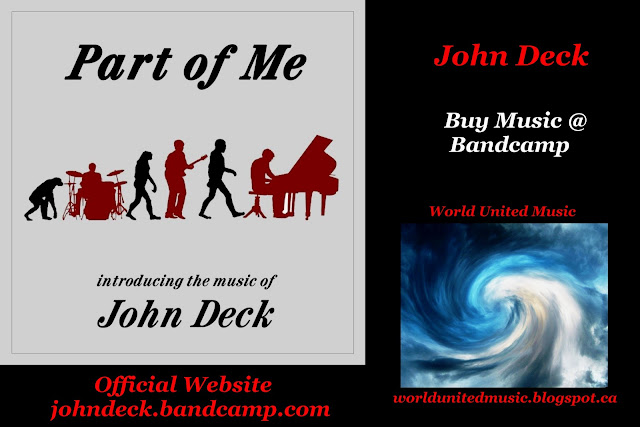 
John Deck has been writing music for much of his life but never performed publicly or made his music generally accessible. Aside from collaborations on which he has worked with teachers for performance by children in schools, his music has not seen the light of day.

John Deck tells stories in his music and the songs reflect both recent and past experiences in his life. His preference is to write songs for other performers although the most important thing for him is that people enjoy his music.

After much cajoling by people close to him, he has been persuaded to put his music into the public eye. This album, titled “Part of Me” to reflect one of the songs and the important part music has played in his life, is the end product.

The album would not have been possible without immense help from Rob Aubrey, recording engineer and owner of Aubitt Studios in Southampton, and Steve Thorne, a Southampton-based singer/songwriter, who, in addition to playing a leading part in the arrangement of the music on the album, features in most of the songs. Marlene Hill, a singer/performer from Portsmouth, has also been a star in lending her wonderful voice to two of the tracks. In addition, thanks are due to Tim Payne for his acoustic guitar work on tracks 2 and 4.

Entirely self-funded, this album may turn out to be the only one John Deck ever makes. That will depend on public reaction to it and you are invited to let him know what you think.