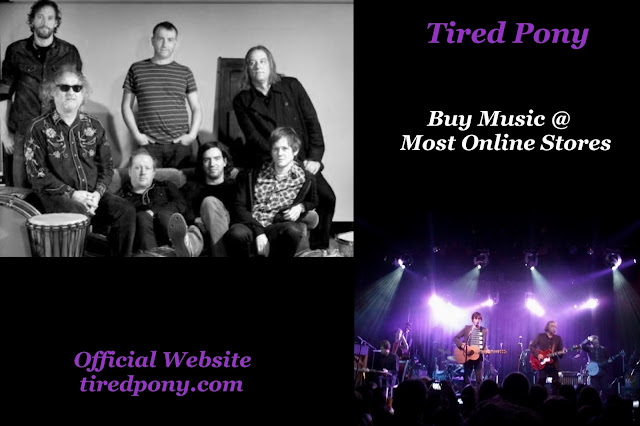 
Tired Pony is a music supergroup consisting of Gary Lightbody, Richard Colburn, Iain Archer, Jacknife Lee, Peter Buck, Scott McCaughey and Troy Stewart. Lightbody formed the group out of his appreciation for country music, and has during the early planning phase described the group's music once as "country-tinged" but explained later that in the end the album's development turned out much more to Americana than country during the whole creative process in the studio. The group visited Portland, Oregon in January 2010 to record this debut album, which was produced by member Lee; The Place We Ran From was released on 12 July 2010. Tired Pony began recording their second album "The Ghost of the Mountain" on February 19th 2013, and will be released on August 19, 2013

Tired Pony was formed by Gary Lightbody (of Snow Patrol), who had a "long-term ambition" of making a country album. He revealed the project's existence in May 2009. In the interview, he expressed his love for country music, which he said he had loved for a long time: "I always thought I had a country album in me and it turns out I did." The rest of Snow Patrol expressed excitement for their band-mate, "delighted that [Lightbody was] getting to exercise all his crazy ideas." In October 2009, Lightbody in his blog on Snow Patrol's website revealed the members of the group to be Richard Colburn (of Belle & Sebastian), Iain Archer, singer Miriam Kaufmann (Archer's wife), and Jacknife Lee. He talked about two more members whom he was very excited about, but didn't name them. He also stated that the album won't be country as was being reported, but would be "country-tinged". In January 2010, Hot Press reported Peter Buck (of R.E.M.) to be a member of the group. Lightbody described Buck as one of his "all-time heroes" and admired his talent for playing a variety of instruments. Lightbody looks at the project as something he has "wanted to get out of [his] system", and said that "[he doesn't] know whether people will dig it or not.". About the album he furthermore said he wanted to write a twisted love-letter to the States.

Tired Pony played their first ever live show at London's Forum venue in Kentish Town on July 14, 2010 and were joined on stage by 2009 Mercury Music Prize nominee Lisa Hannigan who stepped in for Zooey Deschanel on song "Get On The Road". Editors singer Tom Smith also joined the group on stage.

On September 30, 2010, Tired Pony appeared on the Late Show with David Letterman, performing "Dead American Writers" from their album, The Place We Ran From. "Get on the road" was also featured on Showtime drama "Shameless" at the end of "Just Like the Pilgrims Intended" episode. 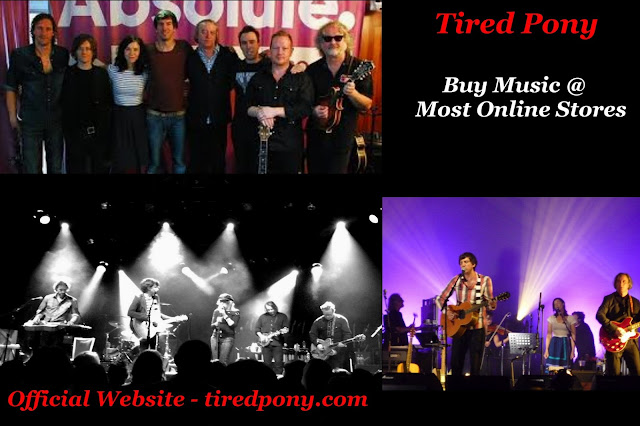