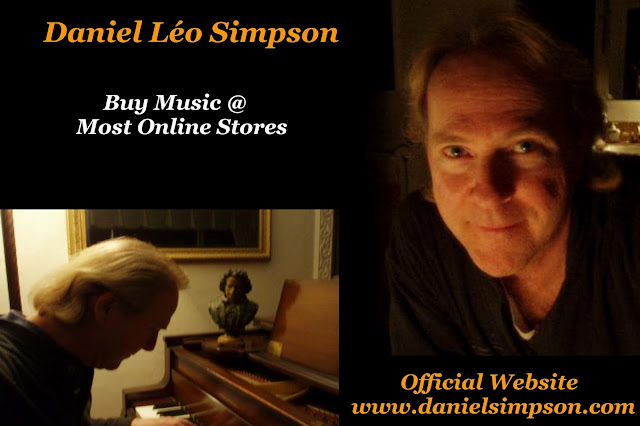 
Daniel Léo Simpson, an award-winning American Composer with a flair for creating "contagious" and engaging music, specializes in unusual, interesting and dynamic works of every genre. From concerti and symphonies to commercials and film music, he is distinguishing himself as unique in his field. His music has now been performed to world-wide audiences in Japan, the Czech Republic, Italy, Switzerland, Germany and Belgium among others.


He has had extensive music training, having been first introduced to Music Theory from Wes Humphrey at Buena High School in Sierra Vista, Arizona who gave him his first opportunity as a composer to score for the high school band and at the University of Arizona, Tucson, he studied with Anna-Mae Sharp before finally concluding his graduate studies with such esteemed American composers as Robert McBride and Robert Muczynski and now holds a Masters degree in Theory and Composition from the University of Arizona in addition to holding both Elementary and Music Teaching Credentials from Arizona State University and a K-12 California State Teaching Credential (with music endorsement) and has taught in all classroom settings from kindergarten through junior college.


He moved to California in 1990 and was accepted at the Grove School of Music in Los Angeles, where under the tutelage of Henry Mancini, Bill Conti, Joe Harnel, Allyn Ferguson and other master craftsman, he studied the art of writing music for motion pictures. There he worked as a commissioned artist creating music for featured films, television talk shows, documentaries and commercials all while also working as a substitute teacher in the Los Angeles Unified School District which included a long term position in Pacific Palisades at Temescal Canyon Continuation Senior High School with students facing special challenges.


His commissioned works have already been premiered in the San Francisco Bay area while others are presently being prepared to be showcased by Bay area musicians. His Poéme for Cello and Orchestra was performed at the Mountain View Center for the Performing Arts by the El Camino Youth Symphony with world renowned cellist Michail Gelfandbein as soloist.


He won First prize in the First Annual International Schillinger Composition Contest for his composition "The Art of Schillinger", composed wholly using Schillinger techniques and sponsored by The Schillinger School of Music in conjunction with the University of Hertfordshire, United Kingdom.


His entry "Tuscaloosa Tango", has been selected as the winner of the 2010 Alabama Orchestra Association Composition Competition which includes an all-expense paid invitation as composer in residence to attend the 2010 All-State Festival on February 11th-14th in Tuscaloosa, Alabama, participate in the Meet the Composer aspect of the Festival, and work closely with the conductor and ensemble that is premiering his work.


Mr. Simpson's composition "Nocturne - A Poem for Symphonic Orchestra", his piece for Violin & Orchestra entitled Soliloquy have been selected as a winning composition from over 600 entries for ERMMedia''s CD "MASTERWORKS OF THE NEW ERA" and recorded by the Grammy Award-Winning Prague Radio Symphony Orchestra, and his music was chosen from over 650 entries to score the 1904 Thomas Edison silent film classic, "Maniac Chase".


Most recently, Mr. Simpson's The Hero's Homecoming was performed outside of Prague, Czech Republic by the Police Symphony Orchestra and his Soliloquy for Violin & Orchestra was performed by the New Millennium Chamber Orchestra in San Carlos, California with Colyn Fischer, violin soloist, under the direction of James Richard Frieman. 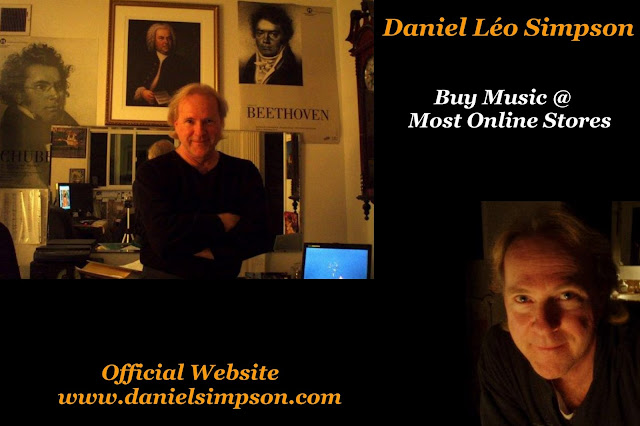