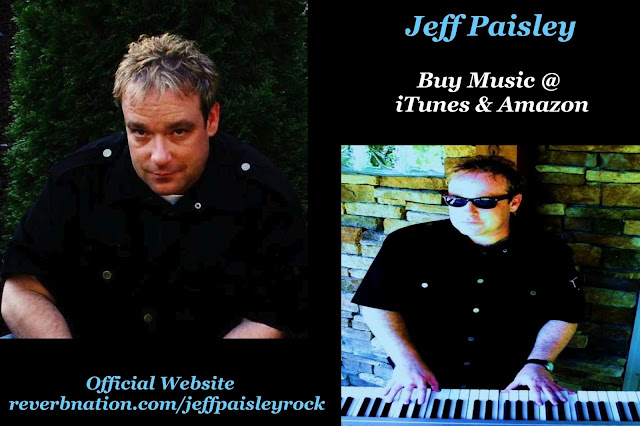 
Jeff Paisley fell in love with music when he was a young boy and joined choir in the 3rd grade. By the time he was 16, and with the influences of Paul McCartney, Duran Duran, Bryan Adams, and Def Leppard, he started down a path of teaching himself how to play keyboards and writing music.

Over the years Jeff had been a part of many touring choirs and bands which fueled the fires of love he had for music. But when Jeff got married, music took a back seat to family. He passed on an offer from a subsidiary of a major label when he was 22 but kept writing music through the years.

When he learned of the true mercy and love of his Savior Jesus Christ and His second coming Jeff’s life and music changed. He went on to Pastor for a few years… doing prophecy seminars and music around the US, Ukraine, and Russia as well as founding and hosting a radio program called The Awesome Light.

During those years Jeff had been told by his friends and family that he should send his music to Christian record companies, but he was focused on being a Pastor.

In 2008, he finally gave in and Jeff signed with Tate Music Group. During production of the album, Jeff had massive side effects from a medication that left him sick for nearly two years. Tate Music Group waited on him to heal and finish the tracks which he ended up producing and recording mostly by himself.

God has comforted, protected, and guided Jeff through the years. Jeff believes that God is a God of second chances… Jeff’s mission in life, and in his music, is to proclaim the true love, mercy, and soon second coming of our Lord and Savior, Jesus Christ.


In 2010 Jeff decided to leave Pastoral ministry and pursue a full time music ministry.
"Forever Believe" was released in March of 2011. With little to no marketing Jeff left Tate Music Group late in 2011 and is currently looking to sign with another label and re-release "Forever Believe."

Upload your music for free at ReverbNation.com