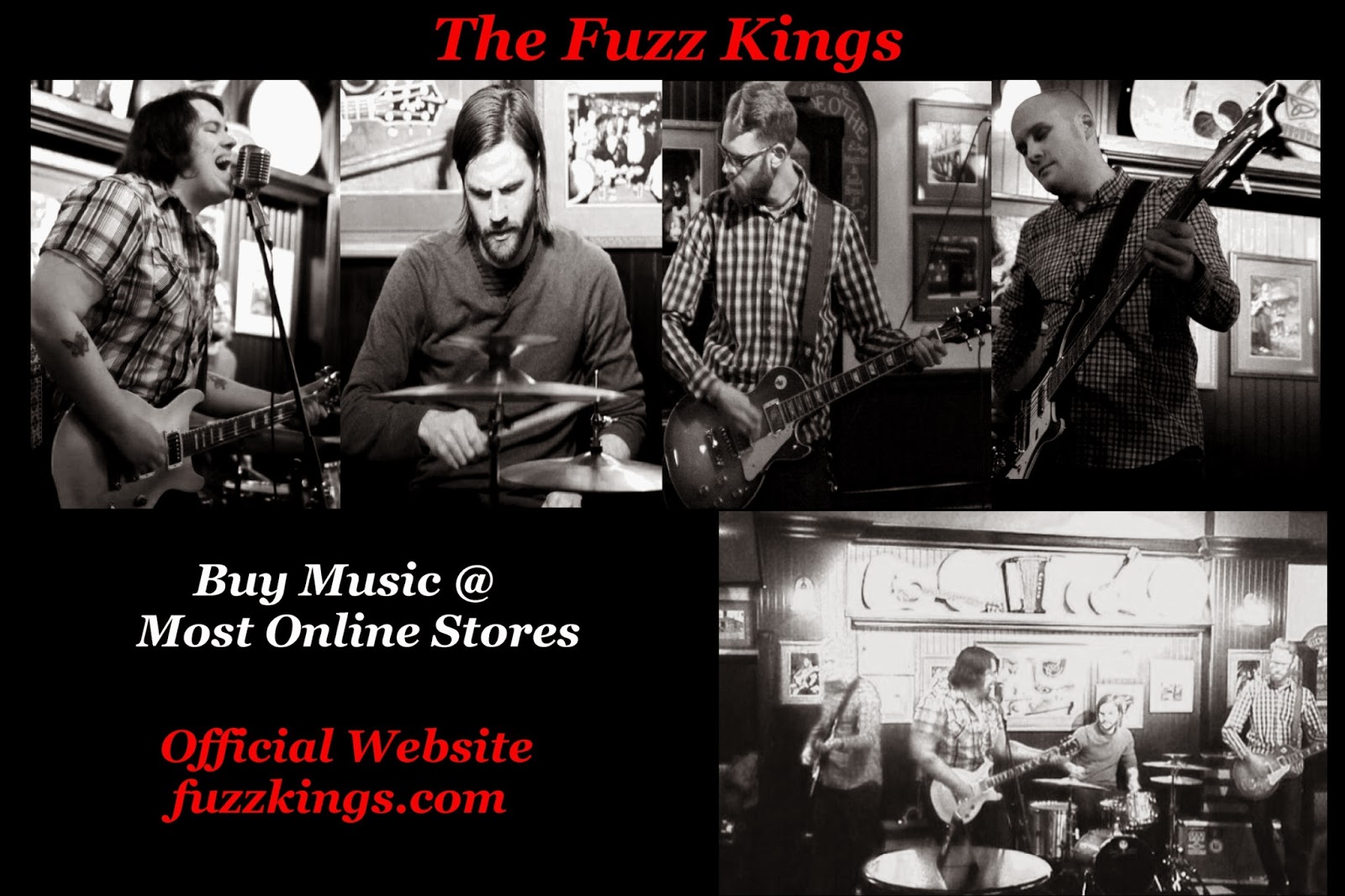 About: The Fuzz Kings


Edmonton based traditional rock & roll machine 'The Fuzz Kings' have been turning heads & maintaining the attention and respect of Western Canada's Live Music Community since their inception in mid-2012.


That's really not that long ago - but for Edmonton music mainstays 'Fat Dave' Johnston, Tom Kerr, Nathan Oullette, and Alex Thurgood, it's been a long time coming, and a very successful first year as a group.


The debut vinyl/digital E.P. release "Accentuate Everything" has been very successful and has propelled The Fuzz Kings into a level of respect and notoriety that would typically take a band a lot longer than a year to achieve. Having shared stages with such highly regarded song writers and lyricists as Corb Lund, Jr. Gone Wild, Carolyn Mark, Ann Vriend, and Luther Wright, and with their latest recording endeavor (Full-length album to be released in early 2014) featuring collaborations with the likes of Colleen Brown and Alice Kos - The Fuzz Kings are very quickly being counted among the top musical acts in the area.


Touring has also been successful for this quartet. Western Canada has embraced and honored 'The Fuzz Kings' more quickly than the band had anticipated, and from the seedy bars to the wide-open outdoor festival settings have all been very special to 'The Fuzz Kings' - so what's next? More... Bigger... Better…


2014 will see the release of a new full-length recording entitled "ReTurn Of The Century" as well as tour dates in Canada, Europe, and parts of the U.S.A. where the gospel of this very prairie-oriented, Edmonton-proud, twangy-blues rock & roll band can be spread further and wider than before.