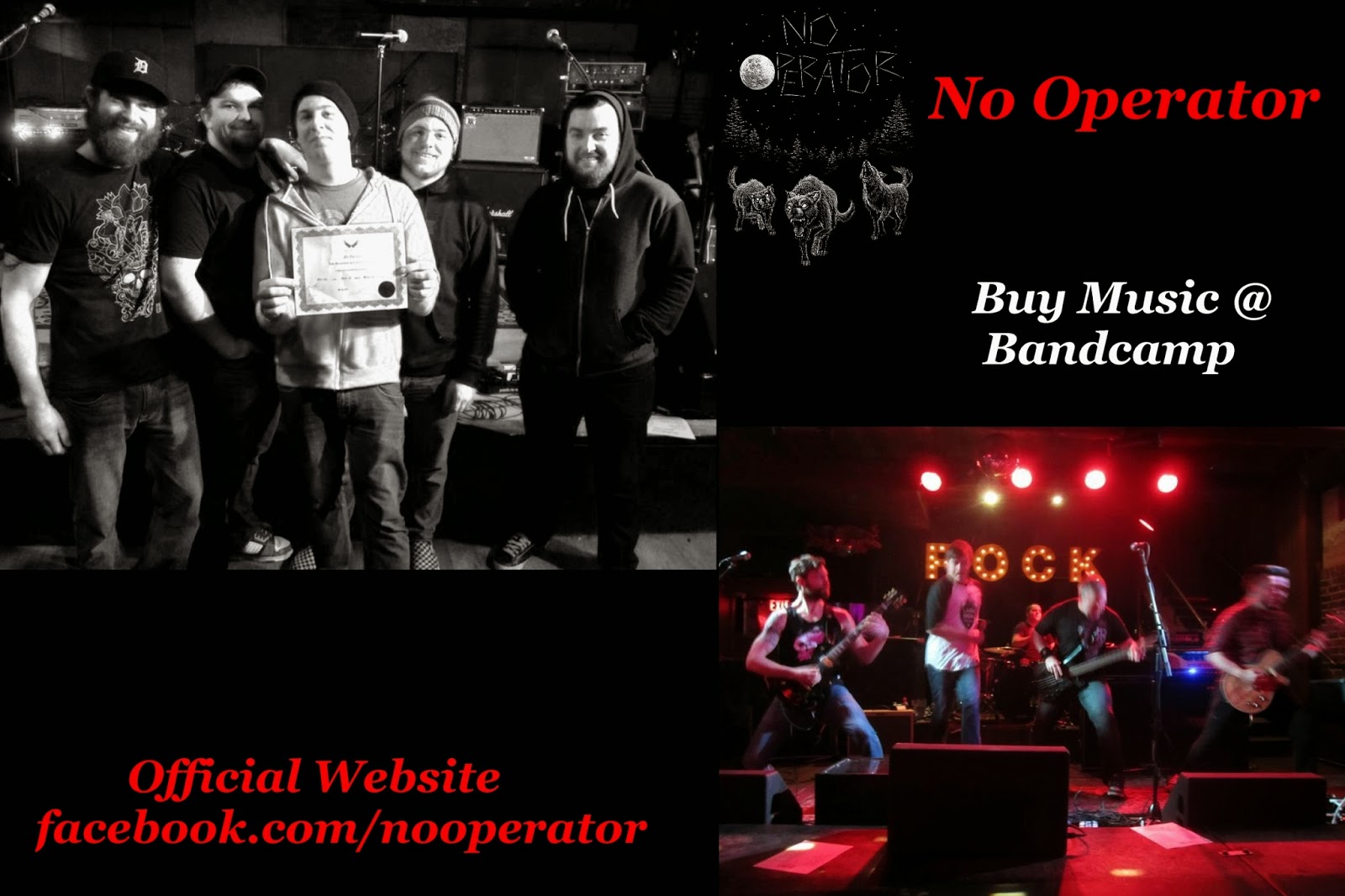 
No Operator is a five-piece Rock/Metal band from Vancouver Island. Their sound blends heavy, intricate riffs with melodic vocals, and an extreme commitment to writing great original music. No Operator pride themselves in being a true rock band: doing both electric and acoustic performances; using no backing tracks, samples, or metronome; and using 100% real instruments in the studio. After three years of steady gigging; sharing the stage with the likes of Protest the Hero and Incura; No Operator released their debut album "Weather and War" in August 2012. In 2013, No Operator performed 29 times, expanded their line-up to a five-piece, recorded singles "State Your Allegiance" and "Sitka", were featured on Shaw TV, won a "Stelly Award" for Album of the Year, and received their first airplay on commercial radio (99.3 the Fox, 106.9 the Wolf). With 2014 shaping up to be their biggest year yet, No Operator promise great things to come.