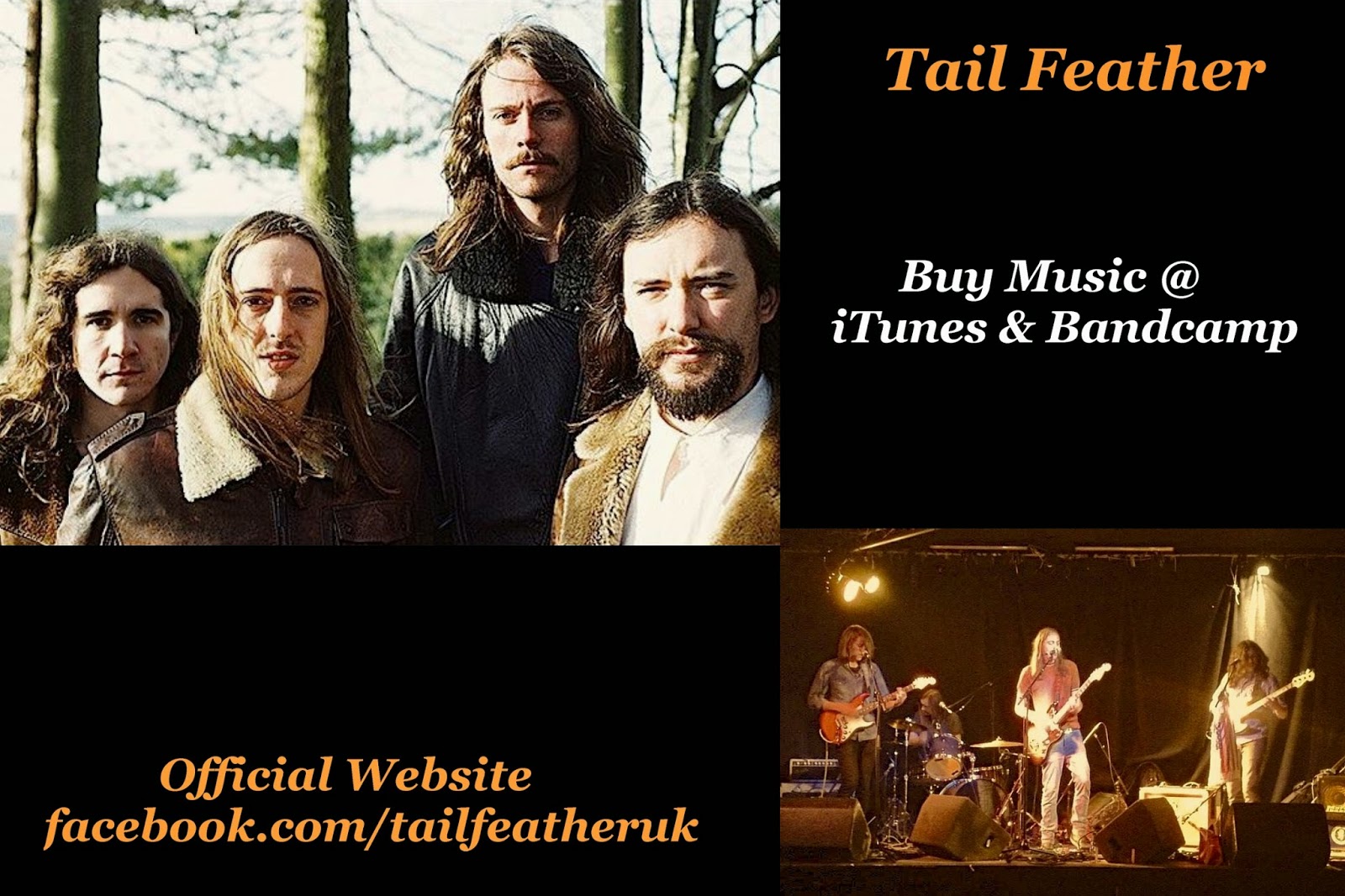 
Filling rooms around the country with rich vocal harmonies and charged guitar riffs, Tail Feather are creating some of the most exciting groove-led music around.


The band’s first single 'Spellbinder' spotlights the band's bluesy, 70s rock ethos. Teamed with a suitably psychedelic video, the band has received praise from the likes of the 405, Shiny Shiny New and Never Enough Notes.


On stage, Tail Feather manifest a confidence which brings the audience to tipping point; the band have firmly laid their hat and made a home in some of the best live venues the UK has to offer.


Currently working with producer Graham Dominy (Robert Plant, Ray Davies) on a slew of new material, the latest offering from the foursome comes in the form of the double A side – ‘Knocked Down/All of a Sudden’


Crafted in a vintage style, recorded to analog tape and brandishing an array of influences ranging from Pink Floyd to Peter Green's era Fleetwood Mac, be sure to download the release come March.


"Thumping, catchy, and sun-glazed - Tail Feather bring nostalgia and soul together for a 70s indebted experience." - The 405


“...Spellbinder brings awesome psychedelia together with yearning 80s groovy solos: an exciting throwback combination for a band you need to keep an eye out for.” - Never Enough Notes.