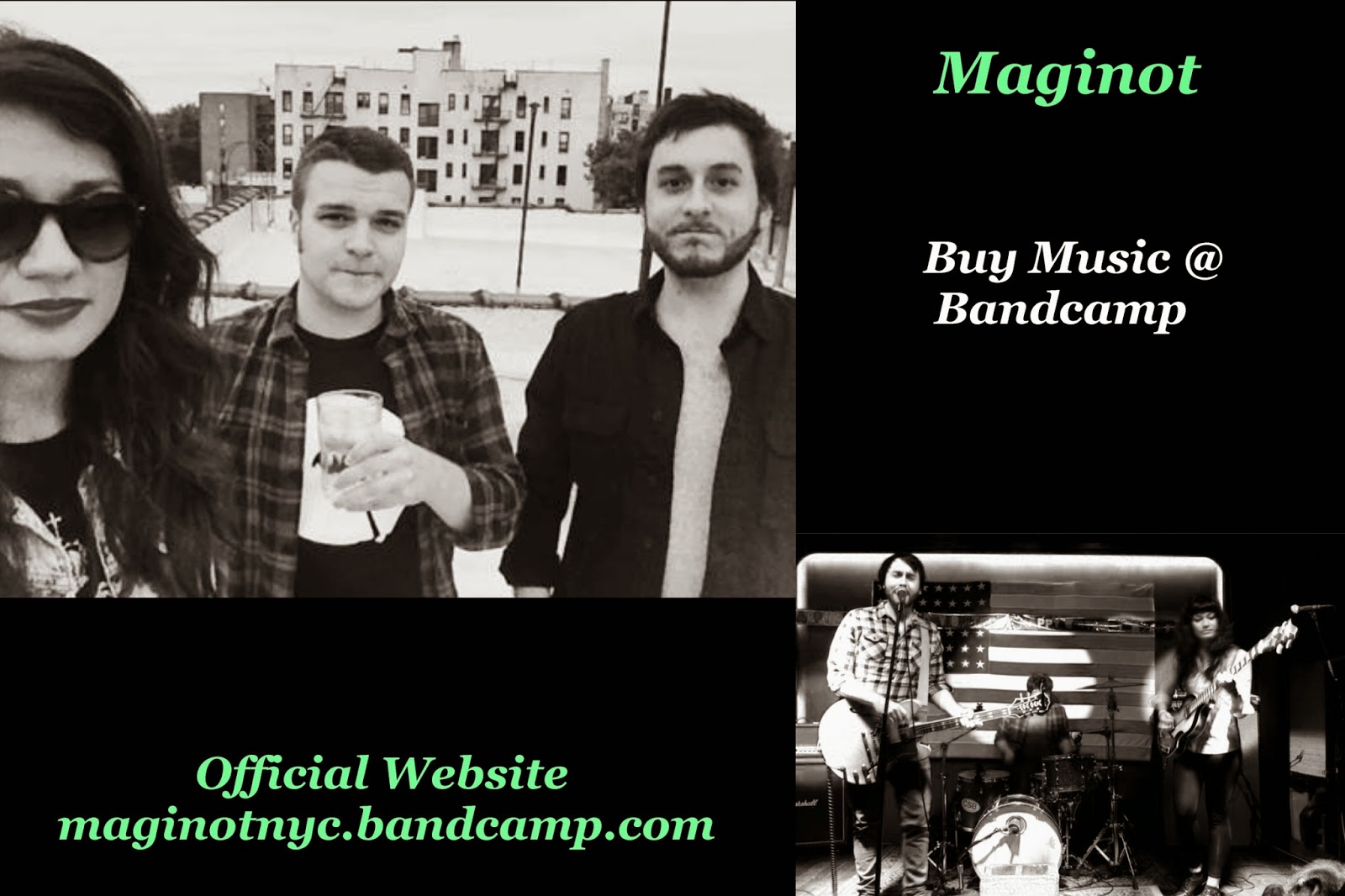 
Maginot is a three piece rock band from Astoria, NY that focuses on well-crafted, energetic songwriting. Big Changes, the band's debut release, is a 4-song mission statement for world domination that calls to mind such influences as Guided by Voices, Maritime, and The Strokes with its power pop flair and infectious melodies. Rich Seibert (vocals/guitar) recently switched to spray deodorant, much to the chagrin of his youth. Laney Coletti (bass/vocals) only likes women that look like her, and rightly so. Dan Hillier (drums) is a struggling author of band biographies. With the release of Big Changes this August, the band look to take their sound to the live circuit around New York and beyond, and look to continue releasing songs in order to satisfy the growing demands of an insatiable public.