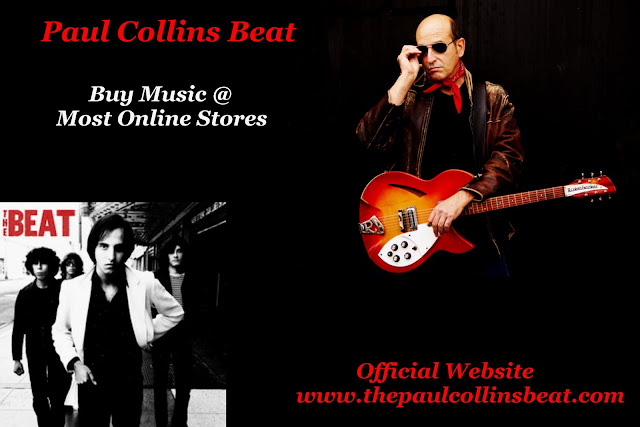 
The Beat was founded by Paul Collins, who spent his pre-teens living in Greece, Vietnam and Europe before returning to his native New York. He studied at the prestigious Julliard Music School and eventually moved to San Francisco where he joined songwriter Jack Lee and bassist Peter Case to form The Nerves in 1974. The Nerves proved to be one of the pioneers of the burgeoning US punk rock scene, independently releasing their own 4 song EP which included the classic “Hanging on the Telephone,” later to become a hit for Blondie.

After The Nerves disbanded in 1977, Collins moved to LA and formed The Beat with bassist Steve Huff, drummer Mike Ruiz and lead guitarist Larry Whitman. Their friend Eddie Money recommended The Beat for management by legendary concert promoter Bill Graham. Under new management, The Beat toured with The Police, The Jam and Joe Jackson. They also made numerous TV appearances and recorded their debut self-titled album with producer Bruce Botnick (who had produced The Doors). The album featured Beatles and Byrds-influenced guitars and catchy choruses, defining the skinny-tied power pop which The Knack took to the charts. In the ’90s, The Beat re-formed as Paul Collins’ Beat and continues to write and tour

Get Band email for free at ReverbNation.com


Rock icon and cult favorite Paul Collins got his start with Peter Case and Jack Lee in 1974. Their band The Nerves toured with The Ramones and recorded a song called “Hanging On The Telephone.” The song would later become a hit when covered by Deborah Harry and Blondie on the Parallel Lines album.

Paul Collins formed The Beat in 1979, recruiting members of various rock bands including Steven Huff, Larry Whitman and Michael Ruiz. The result was The Beat, a high energy rock group in the style of The Ramones, Blondie and The Dictators. As the story goes, Collins was awarded a record deal with CBS thanks to his friend Eddie Money and Bill Graham Management. The Beat toured extensively with top acts like The Jam, Pere Ubu, The Police, Eddie Money, The Plimsouls and Huey Lewis. The Beat became Paul Collins’ Beat when a ska band from UK began using The Beat as their moniker.

Paul Collins’ Beat continued to tour and record albums throughout the ’80s, with The Kids Are The Same, Beat Or Not To Beat, Long Time Gone, Live At Universal and their final album One Night, released in 1989. Paul Collins set out on a solo career, recording the self-titled Paul Collins album in 1992. This country/rock album included special guests such as Greg Kihn, Cyril Jordan (from Flamin Groovies), Jeff Trott (Sheryl Crow), Chuck Prophet, Dave Immergluck (Counting Crows) and key members of Chris Isaak’s band.

1993 brought the sophomore release by Paul Collins Band, entitled From Town To Town. The album was recorded with Arty Lenin of The Flashcubes, Rick Wagner and Will Rigby of The db’s and Billy Fica of Television. This album was released by Caroline Records and featured a country rock sound similar to The Byrds.

After a ten year hiatus The Paul Collins’ Beat resurfaced and released a string of new records. Flying High 2004, Ribbon of Gold 2007 and the latest King of Power Pop recorded with the legendary Jim Diamond in Detroit. Considered to be his best to date, the album gets back to the classic sound of The Beat, while combining the raw energy of Collins’ solo works.

With the release of King of Power Pop, Paul set up The Beat Army an online Facebook community of people connected by their love of power pop, melodic guitar driven rock n roll. Now some 3000 members strong, Paul books shows all over the United States, Canada and Europe. “This is a model for the new DIY,” says Paul, “I am touring all over the world with new bands that feature the sound I helped to invent.” 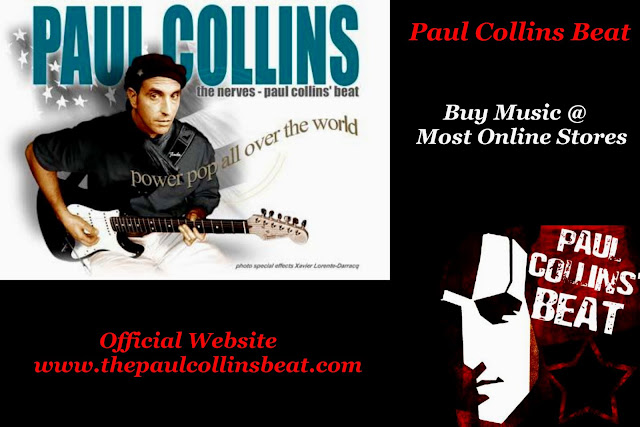