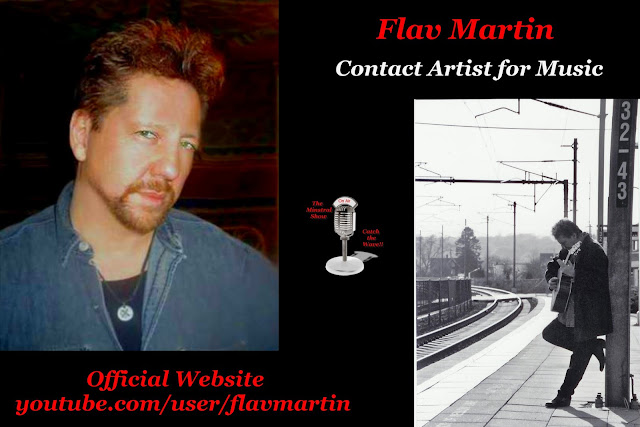 
FLAV MARTIN (pronounced Flahv) is dedicated to writing eclectic acoustic music. Flav has appeared on The Morning Show (NBC) and has been the primary composer for Rhode Island's Shakespeare in the Park Festival held in Westerly, R.I. every summer for the past seven years.

His music has been acclaimed by the media and some very well-known celebrities:
David Crosby -- "Excellent material and player!"
David Santaniello -- Executive with Sony/Columbia -- "A tour de force ... packed with talent!"
Tommy Emmanuel -- "Great stuff! I was jammin' along with him on the side of the stage."
Chad and Jeremy; "Flav is the 21st centuries Richie Havens"
Tina Schafer-Bitter end Songwriters circle-"The real deal"

Credited as one of the most innovative acoustic guitar players on the scene today, Flav blends beautiful melodies with intricate technique, voicing, and a percussive style that leaves people saying "How does he do that?"

Flav has been called "the guitarist's guitarist; soulful, sarcastic, funny, and at times romantic" all in one. He is a unique, approachable player who has performed at The Bitter End, The Spotlight, The Narrows, Stone Soup, Newport Yachting Center, Folk City, The Knitting Factory in New York, The Nassau Coliseum, The Bluebird in Nashville and other various cities north, south, east and west. Flav has also appeared on the Martin Stage in Austin, Texas, the Zihuatanejo International Guitar Festival in Mexico and the Misquamicut Music Festival in Rhode Island. and many more venues throughout the country.

Flav's shared love is screenwriting which prompted him to open up a small project studio called "Mojo", a creative arts studio. It is a 1,200-square foot space in downtown Westerly with a small stage suitable for small film projects, talk show-type film interviews as well as audio pre-and post-production. He is currently available for scoring independent films/projects. Mojo is an active art gallery as well, fueled by the artistic vision of artist Wendy Gencarell.

Music for PBS and Saturday Night Live,and many more.
Rhode Island Shakespeare In the Park festival composer since 2002.
Flav Martin-"Stages" Vol 1-3 will be released throughout 2012- 2013. 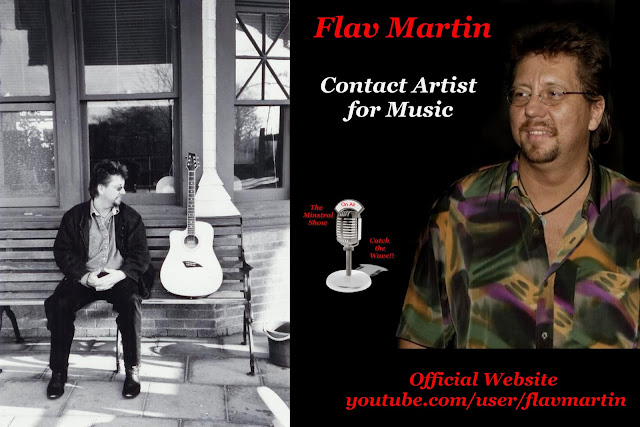