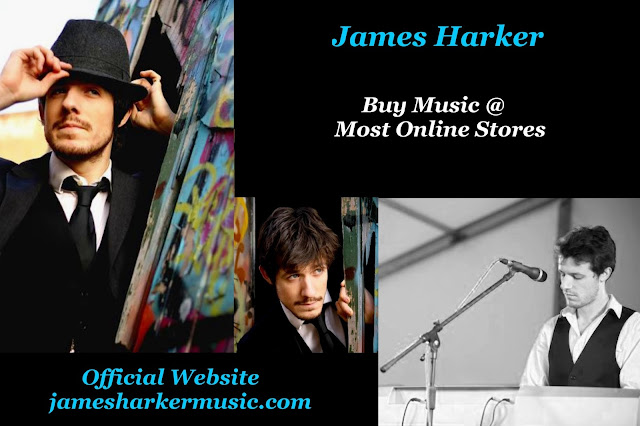 
James Harker was raised in Sheffield, England, and first began cultivating his musical interests participating in his school concert band and big band playing bass. Meanwhile, he took home vinyls of Peter Gabriel, early Elton John, Robert Fripp, Talking Heads and Paul Simon, and began producing his own home-made albums on the side. Within time, he began showcasing his songs on the school stage, performing under-rehearsed rock numbers in front of bewildered peers and teachers.

Since graduating from the University of York, where he'd been involved in the university’s drama and music scenes, (including stripping completely naked in front of nearly 2,000 people in the university's production of 'The Full Monty' musical), James has worked as almost everything: piano player in an Italian restaurant (since shut down for being the least hygienic joint in town), gin seller, caterer to the Royal Family, wine seller, and medical administrator - all while trying to pursue a music career.

In 2012 James released his debut album, “The Red Room”, to positive reviews. He has also composed music for films, including a new feature documentary on human suspension, 'On Tender Hooks', and has acted in a number of shows, including an hour-long comic monologue on the “off-West End stage”, and a comedy-horror short film.

In Oct 2013, James released his EP “Anecdote”, and teamed up with producer Vast to form electronic-pop-orchestral duo Vast & Harker.

Currently, James is getting ready to release his second album “The Ebb and Flow” scheduled for release in August 2015. The first single from that album “Fisher King” was released on July 3rd, 2015.