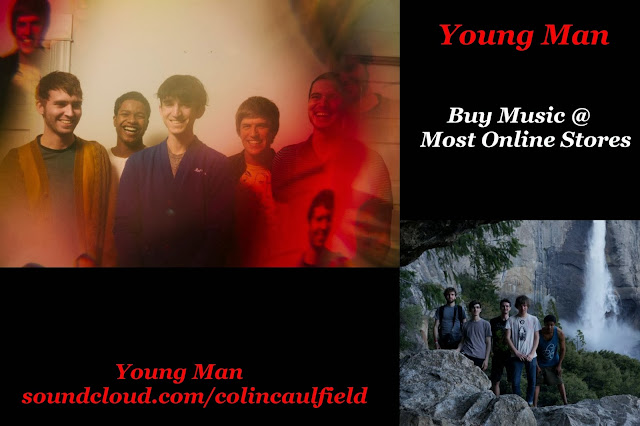 
Young Man is Colin Caulfield from Chicago. Regarding his music, “It’s enough to make you stop and say, “What is that?” It being the gorgeous melodies and lean, spellbound guitar lines of Colin Caulfield, an English/French lit major who’s about to change what it means to be a shape-shifting singer-songwriter in the YouTube age.

Just ask Bradford Cox. He knows. Why, just a year ago, the Deerhunter frontman stumbled upon Caulfield’s organ-grinding rendition of “Rainwater Cassette Exchange” and said it’s “fantastically superior to the original. It actually sent shivers up my spine, especially during the second verse.”

Believe it or not, that chilling cover was just a warmup session. As killer as he is at capturing the very essence of everything from Animal Collective to Ariel Pink, Caulfied’s true talent is in telling his own Young Man stories. The first chapter of which goes by the name Boy, a deceivingly-simple suite of songs about wanting to grow up without having the slightest idea of what ‘being a man’ actually means.

Now that’s a reason to hit rewind, from the tone-setting tenderness and psych-infused harmonies of “Five” to the restless rhythms (Caulfield was a drummer well before he became a singer/guitarist) and room-engulfing intimacy of “Up So Fast.” Both of which feature some of the most hopeful/haunting choruses you’ll hear all year.

And that’s just the beginning, of course. Since Young Man was conceived as a concept project about the passing of time, love, and loss, Caulfield already has two loosely- linked LPs on tap—a faceless collection of fragile characters that could be any one of us, really.