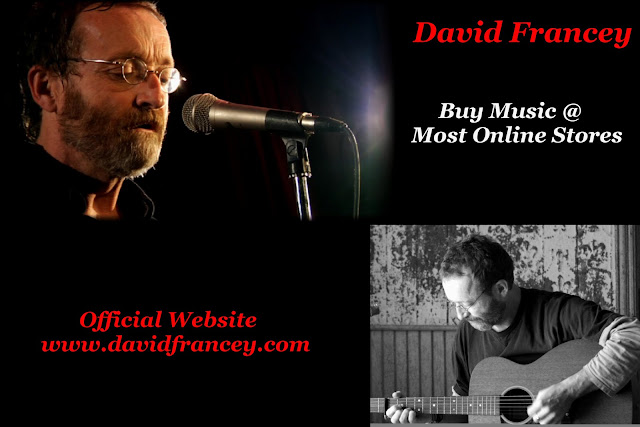 
From carpenter to songwriter – Since leaving construction and recording Torn Screen Door in 1999, Scottish-born Canadian, David Francey is recognized as one of today’s finest singer-songwriters.


Francey has released 9 CDs to date. His most recent, Late Edition, has garnered much praise and two Canadian Folk Music nominations. Francey is a three time JUNO award winner and also had the honour of receiving the prestigious SOCAN Folk Music Award. In the last few years he took home the Grand Prize in both the International Acoustic Music Award and in the Folk category for the John Lennon Songwriting Award.


"David’s straightforward songs tell honest stories of real people and real places. Poetic perception and a keen eye for the heart of the matter are trademarks of the man and his music. His songs and stories are a direct connection for audiences seeking depth and meaning in the day-to-day." Shelter Valley Folk Festival


David Francey was born in Ayrshire, Scotland where he got his first taste of the working life as a paperboy. At age 10 he was devouring the newspapers he delivered, establishing a life-long interest in politics and world events while developing the social conscience that forms the backdrop of his songs.

He was twelve when his family immigrated to Toronto. He says he can trace his love of the land, the history, and the people of his adopted country to weekend family drives exploring southern Ontario. Music played a large part in these family outings. They sang traditional Scottish tunes as they drove through the Canadian countryside. Dad and sister Muriel sang melody, while mother and David sang harmonies.


His attachment to Canada grew with travel. He hitched across the country three times, then thumbed his way to the Yukon. This attachment surfaces in his songs of rail lines, farms, and the St. Lawrence Seaway. He grew to understand the people while working in Toronto train yards, the Yukon bush, and as a carpenter in the Eastern Townships. These experiences colour his first CD, Torn Screen Door, with songs like Hard Steel Mill, Gypsy Boys, and Working Poor and his second, Far End of Summer, with Highway, Flowers of Saskatchewan and February Morning Drive.


In concert David is a singer and a storyteller. His wry humour and astute observations combined with his openhearted singing style have earned him a loyal following.


David lives with his wife, artist Beth Girdler and their and their son Colin in the quiet but charming Lanark Highlands in southern Ontario. They are visited often by their daughters Amy and Julia and grandson Tristan.


Band Members: I am happy to be accompanied by Craig Werth from Newmarket, New Hampshire. (www.craigwerth.com)


"Francey's clear, simple songs speak volumes to his followers. After a decade in music, David Francey is known as one of Canada's finest tunesmiths and a champion of the Everyman, admired for his less-is-more approach to writing. It's amazing how he manages to address deep stuff with such spare ingredients" The Edmonton Journal


"Scottish born, Francey is a two-time Juno Award winner whose straightforward songs tell honest stories of real people and real places. Poetic perception and a keen eye for the heart of the matter are trademarks of the man and his music. His songs and stories are a direct connection for audiences seeking depth and meaning in the day-to-day" Shelter Valley Folk Festival


"Francey writes songs that feel like they've been sung a million times in a million places by a million voices" Judith Edelman in Puremusic.com

"Francey has made a reputation for himself as one of Canada's most revered folk poets and singers… [His songs] are small and beautifully crafted pieces of work that have made Francey both a folk festival favourite and something of a latter-day Canadian poet laureate."
Greg Quill, the Toronto Star

"he's the closest thing this country has to Woody Guthrie" the Georgia Strait, Vancouver

"David Francey is coming into his own in middle age as one of Canada's best songsmiths - and that's not damning him with faint praise." Daniel Gewertz, The Boston Herald

"David Francey's songs are lean, whippet-like creations, a bit like the man himself. With not one wasted word or superfluous line he takes the everyday, often mundane business of living and elevates it into something infinitely more noble and memorable, the mark of a truly gifted songwriter." Eric Bogle, Australia

"David is the most exciting new narrative songwriter to emerge in many years"
Brian McNeill, Head of Scottish Music. Royal Scottish Academy of Music and Drama

"David Francey's voice is a revelation, full and melodious, not to be missed"
The Berlingske Tidende, Denmark

"One of the best shows in our 32 year history! His CDs are great, but he's truly incredible on stage. " Dave Humphreys, Two Way Street Coffee House, Chicago Illinois

"David Francey is the best Canadian folk writer that I have heard in 20 years. I think that he is going to be a voice in this country for a long time and that his songs will be sung by my great, great, great grandchildren." James Keelaghan, Winnipeg, Manitoba

"words of eloquence, beauty .and charm, hung on a jewel of a voice"
Kieran Kane, Nashville Tennessee

"David's songs are meant to be sung, and the more voices there are singing them, the better they sound. They are also built to last - so well put together that they are rich in that beauty which is perhaps the most elusive of all, simplicity ... that kind of economy of expression where the line between craft and art is crossed. " Dugg Simpson, Vancouver Folk Music Festival

"Francey has emerged as one of Canada's most gifted songwriters." The Montreal Gazette 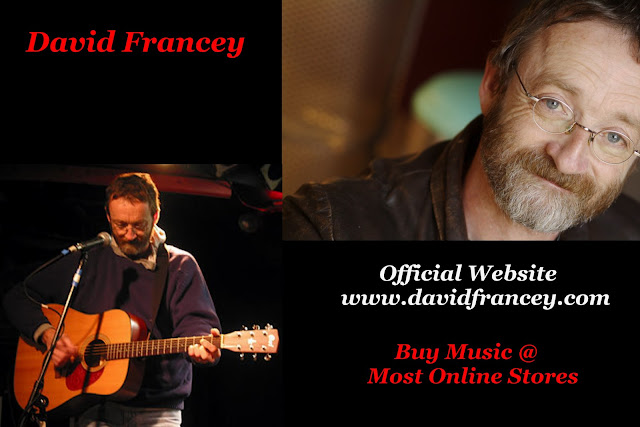