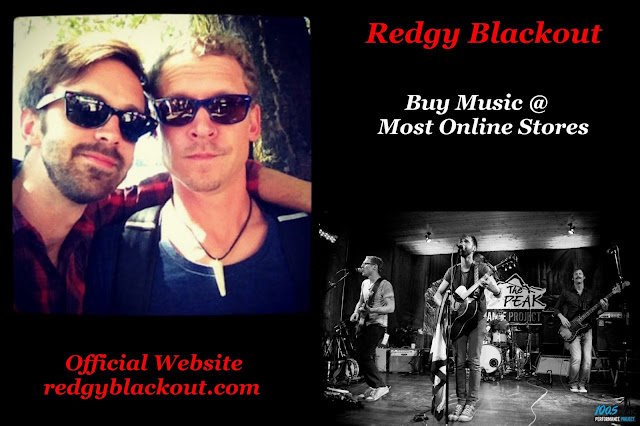 Together since 2007, Scott Perrie and Jeremy Breaks are the heart and soul of Redgy Blackout. Both come from musical backgrounds and their chemistry is unmistakable with tight harmony, eclectic instrumentation, and heartfelt vocals that all blend together to create a unique sound.

Perrie (lead vocals, guitar, piano, trumpet) grew up singing in choir and acting on the stage; he inherited his grandfathers ‘61 Gibson J45 at the end of high school soon after falling in love with The Beatles. Breaks (banjo, guitar, vocals) grew up in his father’s music store in Prince George; he played in various funk, rock and metal bands before he moved to Vancouver where he met Scott. From busking on the streets of Vancouver, to “killin’ it” in bars, clubs and festivals, they always gets people movin’ to the beat.

In 2011 they released a self-titled EP produced by Elisa Pangsaeng and mixed by Tom Dobzanzski (Said the Whale). They’ve been selected as a Top 20 artist in the Peak Performance Project in BC for a second year running with their songs Bottom of the Sea and Alexandria getting regular rotation on 102.7 The Peak in Vancouver. They recently finished two brand new singles, Lovely, Lovely Day and When I Wait, both produced by Warne Livesey (Matthew Good, Midnight Oil) set to be released this fall. They will hit the road from September 14th to October 27th with Christa Couture for their first Canadian National Tour.

After much deliberation Jeremy and I have decided that we need to take a “creative” break from Redgy Blackout. We have had the most incredible time in the past few years. We’ve played some truly wonderful shows along side some very talented people and we are so thankful for everything that has come our way so far. Being involved in the Peak Performance Project during 2011 and 2012 changed our lives and introduced us to a growing music community in BC and along with that came so many new friends.

The truth is, we just need a break. We need to step back and let Redgy breath so we can both focus on other projects for a while. We both have been busy writing new songs and sometimes you need other outlets to get those songs out into the world.

So this is not goodbye; far from it. It’s a chance to grow and come back to Redgy Blackout with new energy and fresh ears to make more awesome music together. Our latest single “Lovely, Lovely Day” won the Shore 104 “Best of BC” in October 2012. See you soon! 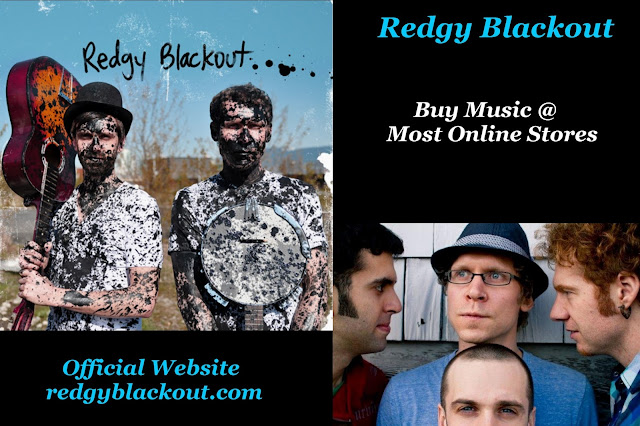