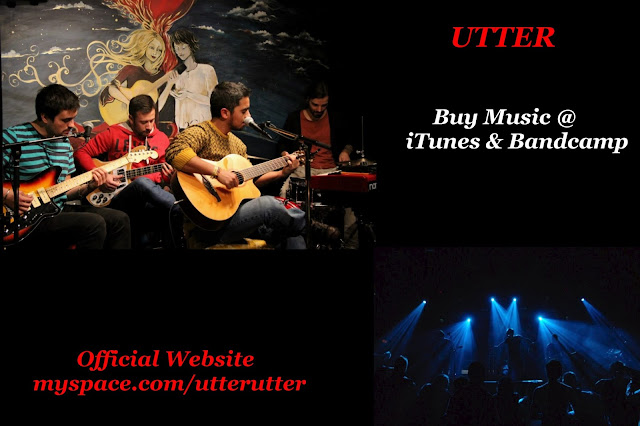 
Our music is inspired by space, travel (...) by listening to our music, we want people to be carried away to an imaginary place where everything's controlled through the natural equilibrium of the universe


In 2006, some friends got together to have fun doing what they liked doing most: making music. Rapidly, they started writing their own songs and soon realized they were ready to take their music to the next level. Influenced by a wide range of bands like Sigur Ros, Depeche Mode, Dead Can Dance; to U2, Pink Floyd and Radiohead, they decided to call themselves "Utter" and started working on their first album.. The word «utter», meaning "total, complete, infinite and extreme", embodies their aspiration to deliver an incomparable music experience to their fans through original songs and unique sounds.


In 2007, two of Utter's songs were quickly playlisted on "Radio Comercial", one of Portugal's biggest Stations. In 2008, Utter had already self-produced their first album entitled "Utter", distributed nationally by Compact Records. Their first album gained momentum throughout the country, which got them an invite to the radio station "Radar FM" in Lisbon, to present their newly released album, which by then was also available in stores like FNAC. Utter then embarked on their first National Tour.


In June 2009, Giliano, Zezén, Humberto, André and João started the production of their second album, which was completed in april of 2010. The album was mixed at the QM Studioaudio in Vila Nova de Gaia (Portugal) by the well known Portuguese musician and producer João Ferraz, On November 18th 2010 Utter decided to release a single off the Album while talks with Labels and plans for the future took shape. "Into the Light" was released through AWAL (artists without a label) and the single went straight to radio playlists including National Radio Antena 3 and many others.


Recently Utter released a free download entitled "first trip" which was released exclusively on the website of Antena 3 as well as exclusives on Supajam in the UK and on websites in America and other countries: Plans for the Album release are being discussed as the band continue to look at interested labels. . Stay tuned or join the mailing list for news on the album, promotions and future gigs. 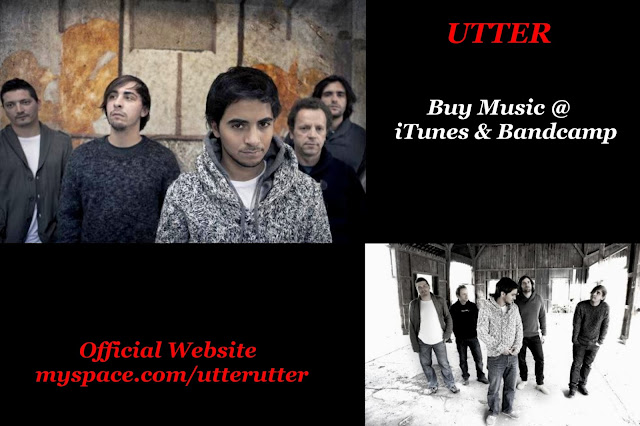