Miranda Lee Richards is a gifted Los Angeles-based singer songwriter. Born in San Francisco after the summer of love and before the dawn of disco, she grew up in an artistic and bohemian environment that has informed her adult life and work. Her parents are well-known underground comic book artists Ted Richards (Forty Year Old Hippy and Dopin' Dan) and Terre Richards (Suzi Skates and Wimmen's Comix) -- R. Crumb is their most famous contemporary.

After graduating from the San Francisco School Of The Arts, she travelled to Paris to do some modelling, but soon returned to the U.S. to pursue a musical career. A series of chance encounters with influential people began when she became friends with Kirk Hammet from Metallica who taught her to play guitar. Early demos of her songs reached the ears of Anton Newcombe, and she soon joined his band The Brian Jonestown Massacre. She sang on their early albums Give It Back, Bringing It all Back Home Again, and Stung Out In Heaven, and appeared with them in the seminal documentary DIG!.

In 2001, Virgin Records released her full-length debut album the Herethereafter. The album was a mix of folk, psychedelia, country and indie pop, and found fans worldwide, especially in Japan where the single “The Long Goodbye” reached the top five.

Her critically-acclaimed sophomore album Light of X, the title of which came from a dream about harnessing beams of light to travel in time, followed in 2009 via Nettwerk Records. The music was a progression from the template laid out on her debut album, anticipating the symphonic pop music that came later with the likes of Anna Calvi and Agnes Obel.

Richards’ latest album, Echoes Of The Dreamtime, was recorded at her home studio with husband and producer Rick Parker (best known for his work with Black Rebel Motorcycle Club and Lord Huron). It brings together eight pastoral, atmospheric epics into a work that is her most impressive yet. Echoes of the Dreamtime incorporates a more lyrically narrative style, with many of the songs coming in at over five minutes in length, with four and five verses a-piece. One song, the eight-minute track "It Was Given" (based on the movie The White Ribbon by Michael Haneke), is an example of an adaptation put to song.

As Richards states, “So much of our experience lies within the realm of the subconscious, influencing our outer realities. When we begin to realize we have control over our offering to the world, we begin to examine the subconscious and have a conversation with it, instead of being ruled unknowingly by it. Contained therein are themes of self-discovery, transformation, and grappling with the duality between dark and light within our selves and society. The literal use of Space Echo throughout the album is reflective of the theme: it’s subtle and beautiful and repeats until we listen.”

Echoes Of The Dreamtime was released worldwide via London-based indie Invisible Hands Music on January 29, 2016. 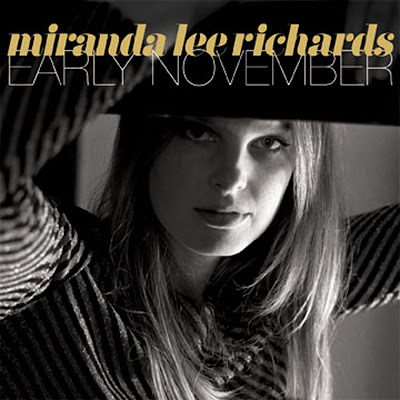