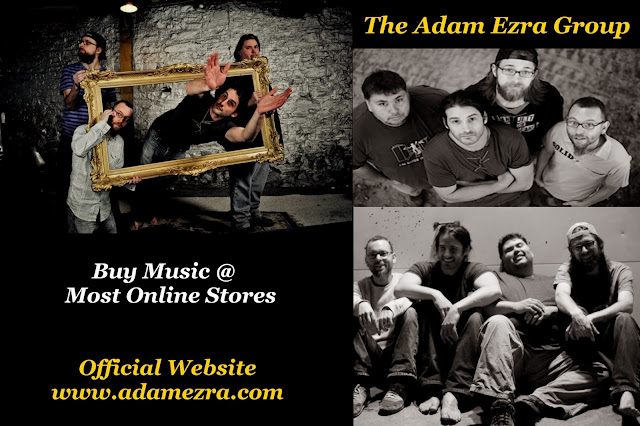 About: The Adam Ezra Group


"Ragtop Angel" is the Adam Ezra Group's debut recording on Royal Avenue Records and was produced by multiplatinum producer Aaron Johnson, best known for his work with The Fray. Upon it's release, "Ragtop Angel" shot to the top of the Amazon charts (peaking at #4 behind John Mayer and Sarah Bareilles) and was featured on iTunes "New and Noteworthy Rock Albums" in December of 2011. Soon after, Ragtop Angel won "Album of the Year" and "Takin' Off" won "Song of the Year" at the New England Music Awards.


The group’s live performances, sweaty, passionate affairs that have been compared to those of Bruce Springsteen and the E Street Band, attracted the attention of Royal Avenue Records in 2010. Ezra immediately signed with Royal Avenue and began working on the album that eventually became Ragtop Angel. Royal Avenue paired the group with producer Aaron Johnson who has helped hone Adam’s ramblings into finely tuned pop songs that still retain the power and conviction developed from Ezra’s years of “do it yourself,” grassroots work ethic.


The first single, “Takin’ Off,” has been getting added to playlists on radio stations across the country. The group also released their first video, “Miss Hallelujah,” filmed on location throughout their hometown of Boston.


But The Adam Ezra Group (AEG) is not just a band; they are a force to be reckoned with musically, personally and socially. Selling records and tickets is important to AEG, but they are committed to changing the world with their songs and their actions along the way. Ezra and his band are activists and community leaders as much as they are musicians and songwriters. Ezra has spent time living out of a van, farming in Canada, volunteering for the relief effort in Kosovo, and practicing environmental geography in South Africa. Whether as a kitchen hand or carpenter, teacher, athlete, or traveler, Ezra crams it all into the music, always challenging our perspective and often teetering somewhere between the ballsy rocker and sensitive poet. AEG currently contributes 25% of their touring to benefit causes in communities across the country and worldwide.


Having toured with Rusted Root, The Avett Brothers, Jason Mraz, Corey Smith, Deer Tick, The Goo Goo Dolls, Blues Traveler, Los Lobos, Toad the Wet Sprocket, Dwight Yoakam, and many more, the Adam Ezra Group has graduated from the local Boston scene to the national level with a momentum that is catapulting them towards being one of the country’s most talked about bands.

"They are one of the few bands out right now whose music is deep and real. It was an honor to tour with them."
-Michael Glabicki, Rusted Root

It’s rare that we come across songwriting that is at one both introspective and personal for both performer and audience. That would be the case for Boston-based roots rock band The Adam Ezra Group. Their knack is telling a story/evoking an emotion without telling the whole story – a talent that goes beyond working a great sound."
-Beat Crave

"Adam Ezra ... made an impact with his muscular voice and his sharp lyrics."
-Rick Massimo, Providence Journal
"If Bruce Springsteen, Dave Matthews, James Taylor, and Jack Johnson had a baby, this would be it. Lyrics are unique. A melding of sounds, all enjoyable. This must be heard!"
-ACE Music Conference
"Adam Ezra has the uncanny ability to attract and hold the attention of concertgoers of all ages. As a songwriter, his words connect with his audience on many levels. As a performer, Adam gives all of his energy, attention, and emotion to every show. It's difficult not to get caught up in what he's doing onstage, a fact proven by his quickly growing audience.
-Scott Hayward, Tupelo Music Hall
"Ragtop Angel will certainly arouse the critics and may finally be the glue that cements Adam Ezra in place as one of the most gifted songwriters in the country."
-The Alternate Root 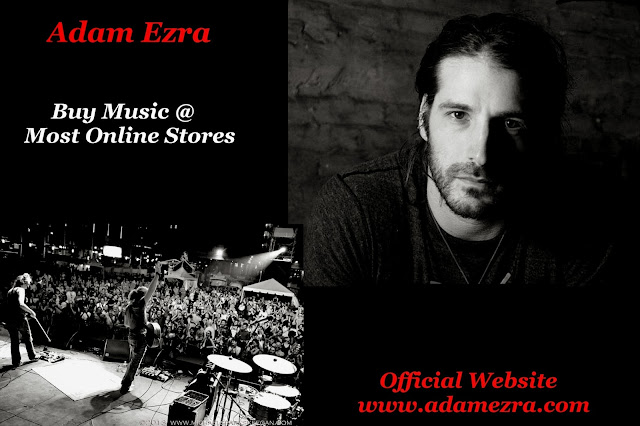