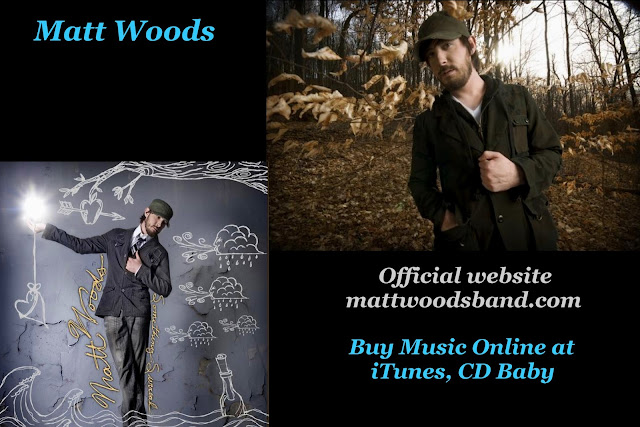 Matt Woods is caught in a melting pot of early millennium pop and modern Americana with a splash of southern roots. His acoustic rock, yet very laid-back sound stirs from the influences of Dave Matthews, Tom Petty, and the Counting Crows.

Matt, 26, is from the most southern region of Alabama in the city of Dothan, but now resides in Nashville. He made his start in high school playing various private parties and events. Venturing off to college at Auburn in 2001, he worked the local scene around the area playing smoky bars, fraternity parties, and small venues.

“I actually really miss those days. Inebriated college kids somehow give you the confidence that you need at that age when you’re on stage in front of a crowd.”

Slowly the out of town gigs were piling up, providing a new vessel of marketability. In 2004, producers sparked interest in the budding musician and he left Auburn for the “Music City” to take the next step.

“It wasn’t that I was intentional about making a career out of it, but music made me happy…and at the time, I was able to financially support myself through music, so I stuck with it. You’d do the same thing.”

In December 2004, Woods released his first studio album “Something Surreal.” The album wasn’t pushed hard until the end of 2006, and the acoustic version of the record became the double ammunition that it needed to market. Oxygen network’s “The Bad Girls’ Club” picked up the single “Misconception” for an episode, launching a national taste of Matt’s music. His southeastern college tours in the 2006 seasons were a success, branching out to Louisiana, Florida, Georgia, and South Carolina, and gaining more regional exposure.

Woods is very active in his music career. He is currently writing new material for the next full-length album. No date is set for the release, but he hints to possibly sometime in the summer of 2010.