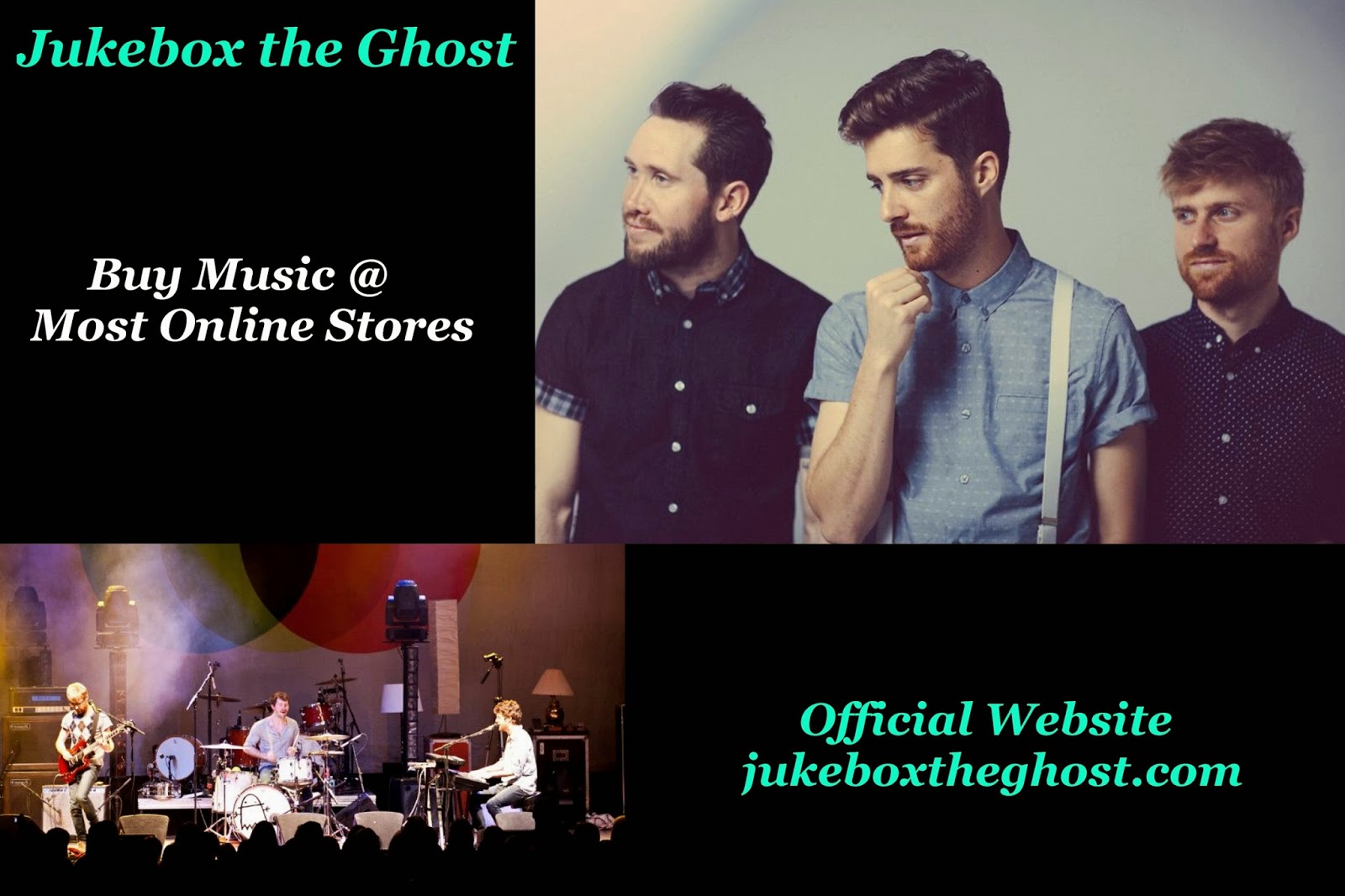 About: Jukebox the Ghost

The appeal of a modern, on the rise indie band like Jukebox the Ghost is simple: They write catchy songs. On top of that, they’re dynamic, skilled musicians. The band’s records are carefully structured, yet wildly diverse affairs. And the live show? Energetic, crowd-pleasing, cathartic.

The Philly trio’s new album, produced by Peter Katis (Interpol, The National) and set for release this fall on Yep Roc, highlights all of these elements over 11 tracks, each one leaving its own unique sonic footprint. But constructing and arranging the songs to their full potential took years of preparation, both on the road and in all of the basements, houses, hotel rooms and studios where the songs were born.

“There was never a lull in songwriting, even when we were touring.” explains guitarist/co-vocalist Tommy Siegel. “We went into the studio with 25 nearly-finished and arranged songs, and we put a lot of time into crafting each one. It was a conscious effort on all of our parts to mature as a band.”

Since their 2008 debut, Let Live and Let Ghosts, a sunny, piano-led explosion of pop exuberance, JTG has logged hundreds of shows and thousands of hours on tour – all of which helped the guys develop the patience and perspective needed to deliver a more intricate and serious second record.

“Sometimes, in the past, we were received as being this bubbly and jumpy and happy group,” says Ben Thornewill, Jukebox’s pianist and other vocalist. “But this record seems like we’re sounding more thoughtful and personal. Besides, you’re going to think and write differently after 300 shows. People change, different things happen to you, you get some new influences, and the way you do your songwriting and arranging is going to be different.”

“It’s not wrong to say we’re fun, upbeat guys,” adds Siegel, who stayed upbeat during the album’s recording despite scheduling it around vocal surgery—a by-product of spending two years on the road (note: post-surgery, Tommy is fine). “But we’re real people, we’ve had real troubles, and all of that’s going to affect us. Besides, I think the ‘happy-fun’ label was a bit of hyperbole – I mean, half of the songs on our first record were about the apocalypse.”

Originally formed during college in Washington D.C., Jukebox the Ghost (the name’s an amalgam of Captain Beefheart and Nabakov references) won accolades for that first record, Let Live and Let Ghosts, which Spin called “a refreshing reminder that the lighthearted electricity of a fantastic pop song is still filled with live wires.” The band – Thornewill, Siegel and drummer Jesse Kristin – jelled quickly, despite their disparate musical backgrounds in everything from classical piano to prog to indie to 80s Brit-pop. Collectively, the group delivered an unabashedly upbeat, playful sound with a sly dark streak (see: the aforementioned apocalyptic lyrics).

JTG’s pop sensibility is still on display on the new record, but now rounded out with more emotional heft and an expanded musical palate. For starters, there’s an emergence of synths, most notably on the Phoenix-like opener “Schizophrenia.” (Says Thornewill: “I was such a classical pianist for a long time that I was sort of against using them…and then I started fooling around and realized how much they could open up our sound.”). Elsewhere, the album veers through gorgeous AM radio throwbacks (“The Summer Sun”), Beatles-esque twists and turns (“Mistletoe”) and even a little prog-rock in “The Sun,” “The Sun (Interlude)” and “The Stars,” a three-part “philosophical/cosmological pondering” by Siegel that’s actually quite…dance-able.

“Doing dance beats wasn’t natural for us,” admits Siegel. “But we had done a cover of New Order’s ‘Temptation’ a little while back, and every time we played it our fans went crazy. So I think that really influenced us to try something new on here.”

With one exception on the new album (“Carrying”), Thornewill and Siegel tend to write songs on their own, with Kristin serving as an unofficial producer during the arrangement sessions. Although the two writers differ in style–”Tommy’s songs are highly imaginative and story-like while Ben’s tend to be more emotional and reflective,” says Kristin–several of the new tracks play off of each other, lyrically and thematically. Common threads, both accidental and purposeful, abound — From the concepts of “nobody” vs. “everybody” (“Nobody” and “The Popular Thing”), insanity (Ben’s track “Schizophrenia,” Tommy’s song “Half-Crazy.”) or even sun imagery (Ben’s “The Summer Sun,” Tommy’s “The Sun.”) (For more explanations on the songs, see the band’s track-by-track commentary, included below).

Helping to round out Jukebox’s sound this time out was producer Peter Katis, best known for his work with Interpol, The National, Fanfarlo and other, decidedly less-animated rock groups. “There’s simplicity about the records he’s done that we love,” says Kristin. “And we thought, given his affinity for melancholy, dark music, he could bring a balance to our songs.” Katis kept the sessions loose, giving the record a vibe closer to their live sound. As the drummer notes: “He let the music be what it was, and didn’t substantially change the structures or melodies, which we really appreciated.”

As for the Beatles fixation of the record (like “Nobody,” which Thornewill calls their “most McCartney-esque song”), the band gives some credit to their adopted hometown of Philadelphia, where the group relocated to from Washington D.C. on a whim after their first record. “The music scene here is amazing,” says Siegel. “A lot of bands here, like Dr. Dog, have a heavy Beatles vibe going– I think that made us realize that it’s OK for us to wear our influences on our sleeves a little bit.”

With new songs and a new direction in hand, JTG plan to spend the next year on the road, hopefully matching the 300+ shows the band did between albums one and two. It was out there, with the likes of Ben Folds, Adam Green (Moldy Peaches) and Ra Ra Riot where the group built up a fervent, wide-ranging fanbase. “Our growth as a band has been from word-of-mouth and just being on tour,” says Siegel. “We seem to attract everyone from hipsters to parents to kids to college students. It never ceases to surprise me.”

Besides delivering a raucous live show, one other thing will stay constant with Jukebox the Ghost, newfound maturity or not — the lack of a bass player. “That’s how we started,” says Kristin. “And we take a lot of pride in coloring every section of every song just with the three of us. We’ve sort of proven to be a successful oddity without one.” 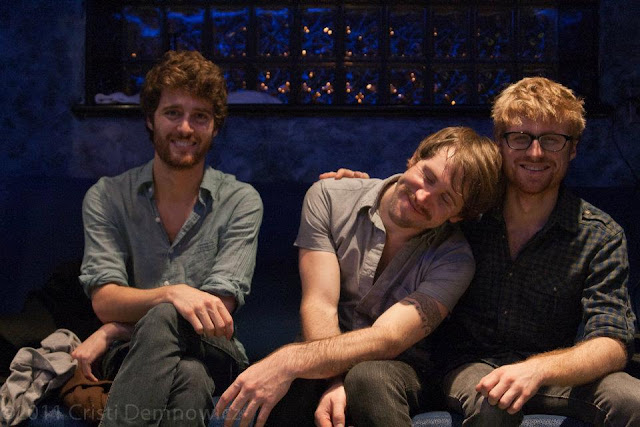