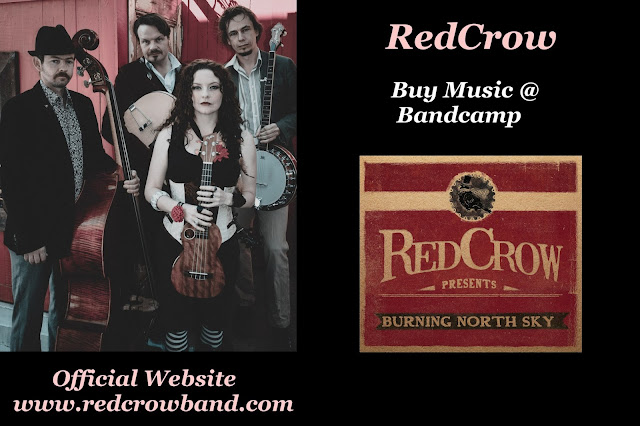 RedCrow are a new Brisbane-based four-piece group that fuses Americana, blues and roots music with ambient soundscapes into concise and melodious 3 minute songs.

RedCrow consists of ARIA-nominated songstress and songwriter Sarah Calderwood (Sunas, TwoCrows), who weaves her delicate yet dark soaring vocals with bluesy surgical instinct; Paul Brandon (Sunas), writer, polymath and player of acoustic and electric guitars shimmers, driven by his ear for stylistic authenticity; Mirko Ruckels (Pretty Violet Stain, Deepspace) adds to the prime directive of song by his use of chiming guitars, vocals and ambient soundscapes; and Markus Karlsen (The Company, Pirate Brides), who rocks the double bass and plucked his way across the country with the wind in his ‘tash.

Harmonies that make the listener unable to separate the singers. A wall of pure Americana blues underpinned by ambient soundscapes. Songs of life and grit - RedCrow will leave you with a smile on your face & dirt in your soul.
---------------------------
Band Members:

“Burning North Sky” is an awesome debut album by Brisbane Australia’s “RedCrow”. The album covers a swath of Americana / Folk / and Roots Rock genres and does it with harmonic vocals, sound, vision and class, a real must listen for Folk and Alternative Country music Fans ~ Stewart Brennan, World United Music