For those of you who don't already know me, my name is Kat Maslich-Bode, formerly Kat Maslich, the female half of “eastmountainsouth”.

I grew up in Roanoke, Virginia and always had music around me. My twin Emmy and I are the youngest of five. I'm sure listening to my brother and sister's vinyl records had something to do with my love for music and vocalists.

My mother is a pianist who still plays regularly in my hometown church and my step-father’s love for music and collecting instruments still influences me greatly.
My grandparents used to live down the road from Ralph Stanley and I used to attend local bluegrass festivals as a young girl and would pass by his "Clinch Mountain Boy's tour bus all the time. I grew up witnessing amazing musicians who ate, drank and breathed this genre of music. The essence of Appalachia is ingrained in the fabric of my home state and therefore into me.

In the early 90's I packed my bags and tried to find my place in music with short-lived stints in New York, San Francisco, Seattle, Portland, and Atlanta. In search of clarity, I always somehow gravitated back to Los Angeles where I felt the most comfortable in my skin.  I had a chance meeting with Peter Bradley Adams during a singing audition for a television spot. He was one of the musical composers and I felt an instant connection.  The commercial never panned out but a friend of Pete's brought him to a solo show of mine soon thereafter. As a result, I sang on a country demo he was working on, and we realized we shared similar musical tastes and songwriting styles. There was no denying the feeling of finally meeting a musical partner - someone who really "got me".  We both then, abandoned our solo careers, and became “eastmountainsouth”.

A year later our recording demos were being played on KCRW in Santa Monica,CA . We thought this was the start of the long haul of paying our dues.  But the songs quickly caught the attention of Robbie Robertson of “The Band” who signed us to a recording contract with DreamWorks Records in autumn 2001. We released our debut album in 2003. We had an extraordinary year. The record was embraced by the AAA radio format – spending 11 weeks at number 1 on the FMQB Public Radio Album chart and “You Dance” from the album spent 9 weeks in the top 5 on the Radio & Records Commercial AAA Song chart. We toured with extraordinary people like Lucinda Williams, Tracy Chapman, Joan Baez and Nelly Furtado and other brilliant artists that were on the same path as us. Through all the tough miles touring on the road, during the hard times and the great times, it was the support of our fans that carried us.


In July of 2004, newly married, I had the wonderful experience of singing solo at the “Gram Parsons Tribute” concerts at the Santa Barbara Bowl and the Universal Amphitheatre in LA. I was honored to perform along with such top notch musicians as Keith Richards, Norah Jones, Dwight Yoakam, Steve Earle and others, many of whom I consider my greatest inspirations. In September 2004, “eastmountainsouth” wrapped up touring our first record by playing at the Hollywood Bowl, opening up for Lyle Lovett and Shelby Lynne. It was an amazing experience and a great way to say thanks to our fans and friends for their love. I was seven months pregnant at the time and that was an incredible feeling, almost surreal at times.


In November 2004 I gave birth to a beautiful baby girl named Lula Blue Bode with my husband Darryl at my side and family life became my priority while Peter moved on to explore his ongoing solo work. We had wonderful times as EMS and are both deeply appreciative of the 5 years we were together.


My family moved to Nashville in the spring of ‘06 and I was soon after pregnant with our second daughter Mia (Mimi) Frances Bode and we welcomed her into the world in March of ‘08.

This recording was a labor of love and literally almost six years in the making. I am truly blessed to have so many amazing friends, musicians and singers join me on the record.

“March” is a song I wrote for my husband on our wedding day.  It's a special song also because our daughter’s, (Lula Blue), heartbeat in-utero begins and ends the song. Mary Chapin Carpenter sings on “March”.

One of my dear friends Tim Easton coined “JPMFYF”. I had the great pleasure of meeting him in the early fall of 1999. He had just moved to Los Angeles from Ohio. Tim and I met at a West Hollywood venue while I was singing some harmony with my friend Sid Hillman and his “Sid Hillman Quartet”.  Tim introduced himself after the show and asked me to sing on some pre-production demos for New West records. Shortly thereafter I joined him on three songs for his debut, “The Truth About Us”. I was really happy to have had that opportunity. We have remained friends and supported each other's careers ever since. When I heard “Ammunition”, his third release with New West, I really was blown away with “JPMFYF”. I had to re-record the song in my own way. It's considered by some to be a controversial song - in my opinion, I think the message is positive and moving!

“When the Sky Falls” is a song originally about depression and the longing to get out of the tunnel that one can sometimes fall into. I knew I could "always break" as the line goes in my song. i Phillps, (“Toad the Wet Sprocket”, and many fine solo albums) and Neilson sing backgrounds. Glen just happened to be in the studio that day while he was working with Sean Watkins, (“Nickel Creek”) and Luke Bulla on their album “Works Progress Administration”.

“Back Home” is a song about a boy I met when I was 13 years old.  His name was Edmund Byrd. He died in car crash in 1984.  At that time, my hometown of Roanoke was going through a big music movement where you could go from hearing punk music to bluegrass to “The Grateful Dead” - a splitting of the “whole” in my opinion - so that's why I use the term.  They all have a rebellious side. At the time I gravitated towards the punk scene which Edmund was a huge part of.  I appreciated the fearlessness in the music and also the fashion statements, thinking outside the box and celebrating your individuality.  I loved it and of course suffered the consequences in my Jr. High School. It's not that I wanted "that" kind of attention but it was where I felt the most comfortable being ME instead trying so desperately to fit into the generic cookie cutter mold which was always excruciating.  Trying to fit that into that role always felt like I was climbing into a 100 pound suit knowing full well I couldn't carry the load.  I STILL feel that way. Upon meeting Edmund, I felt my life took somewhat of a turn. I became very close with his sister and we still talk from time to time.  He was very special to me given the short amount of time that I knew him. Susan Marshall, who I call the Memphis diva appears on “Back Home”, (and on “JPMFYF”), as does Luke Bulla, to me - a young man with an old soul and a prodigy from a longtime “Bluegrass” family.
Jim Lauderdale, (one of my very good friends from Los Angeles and a two time Grammy winner), sang with me on “Poor Old Town”, a song I wrote after watching “Coal Miner's Daughter” for the 2000th time. I wrote it in my bathroom on a rainy Sunday afternoon. While recording it I was thinking about adding another voice. I wondered what voice would sound the best - it needed a mountain voice, someone from the south but most importantly with a signature sound – and immediately thought of Jim.

In 1983, when I was 13, I heard a voice come out of the speakers at a party I was attending. I literally did not move until the song was over. The band was “The Blue Nile”. The next day, I ran out and bought the cassette of “Walk Across the Rooftops”. I fell head over heels for Paul Buchanan, the writer and lead singer. His voice was unlike any male voice I had ever heard. Their album “Hats” is one of my favorite records. I have so many memories of playing that record when I was barely 20 years old, just having moved to Atlanta before making my way across the country to Los Angeles, in my first apartment off of Peachtree, while going through much heartache, learning to feel more comfortable in my skin, getting to know who I was as a young woman and discovering that all along my passion was singing and writing songs. The Blue Nile helped me achieve that goal. They were and still are a major influence in my life and music. I have always wanted to re-record his song “Let's Go Out Tonight” and after so many years and changes in my life, it needed to be on “The Road of Six”. For me, it brings this project together so well almost as if I was writing in my journal.


I began calling this record “My Little Cupcake” because it was my first solo work in such a very long time. I was not prepared for how it turned out and now I call it “My Little Wedding Cake”.  It's far and beyond anything I could have expected. Thanks to Neilson Hubbard for working with me and making me feel so comfortable. I got to witness how beautifully aware he is of his craft and I thank him from the bottom of my heart for his vision and genius! 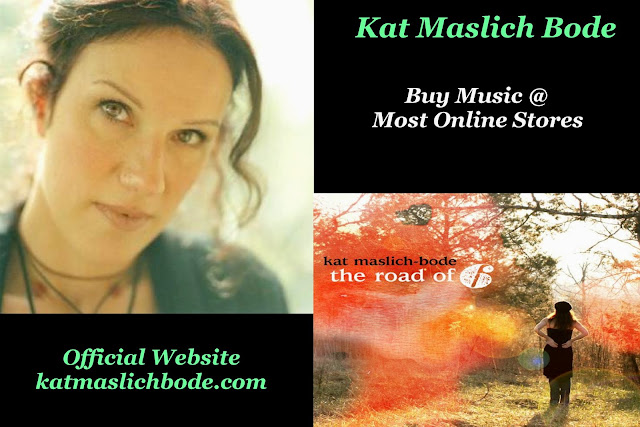