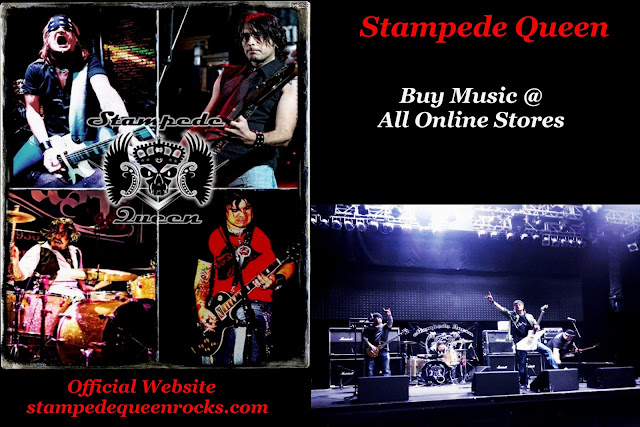 
“Turn up the Marshall Stacks and Never Turn Your Back on Rock & Roll”- not only the lyrics to Stampede Queen’s hugely successful and best known anthem, it loudly and proudly declares who Stampede Queen is as a Rock and Roll band. As any of the band’s devoted fans will happily tell you, a Stampede Queen show is intense, raw energy, delivered with the conviction of a band that walks it like they talk it… their verve nothing short of contagious.


Stampede Queen has never been a band concerned with being the next “flavour of the month”, instead embracing it’s Rock and Roll influences, deeply rooted in the hell raising, whiskey soaked era of bands like Lynyrd Skynyrd, AC/DC, Guns and Roses, Cheap Trick, with a dash of Kiss thrown in for good measure.
The clever, tongue in cheek lyrics from singer Zack Daniels further ads to their infectious songs, easily comparable to the classic styling’s of Aerosmith’s Steven Tyler or Van Halen’s David Lee Roth, all combining for a sound that is fun, sexy and “in your face, you’re gonna know we were here kind of Rock n’ Roll!”

The band has released two full length records, their debut “A Night at the Cockfights” and their follow up self-titled release, “Stampede Queen”, both to critical acclaim, with singles from both records still in rotation on radio stations throughout Canada, Europe and the U.S. They are also being featured on popular Internet Rock Radio Stations…the latest being Las Vegas’ “MetalHeadRadio.com”, with more and more requests for the band everyday.

Stampede Queen’s debut video, “Never Turn Your Back on Rock and Roll”, produced by Toronto Film Companies Maverick Films and 48 Media, has enjoyed much success in both Canada and the U.S., having been played on Canada’s Much Music, as well as seeing regular rotation on Rock Nation TV. In addition to also being featured on the Hollywood Hairspray DVD, the video was voted as the #1 Canadian Rock Video by Rock Nation listeners.


After some line-up changes within the band over the last couple of years, singer and founding member Zack Daniels has amassed what’s now being called the most “lethal lineup” of Stampede Queen to date. With the recent acquisition of guitarist Andrew West, along with the thundering rhythm section of bass player Vic Vegas, Nico Amoroso on Percussion and long time drummer Richie Lee Derksen, who also shares a lot of the vocal duties as well. The band is poised to bring the raw energy and “blow your hair back” power and style of their often sold out shows to the die-hard fans around the world.

While continuing to perform and tour this Spring and Summer, the band is also in the studio putting the final touches on two new singles being released in advance of their new full length record, scheduled for release in the fall.

The buzz around Stampede Queen continues to grow and spread around the world, their fan base becoming larger and larger everyday…


- ”the people have spoken and are all in agreement – Stampede Queen is exactly what we all need right now, and what we need is the fun and excitement that Stampede Queen brings to us all!”

Learn how to place music on itunes at ReverbNation.com 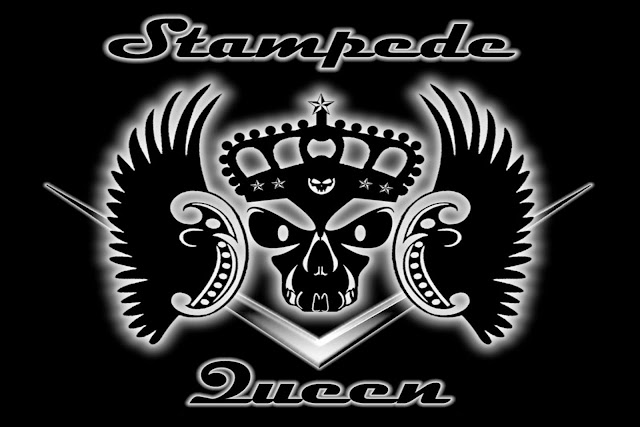