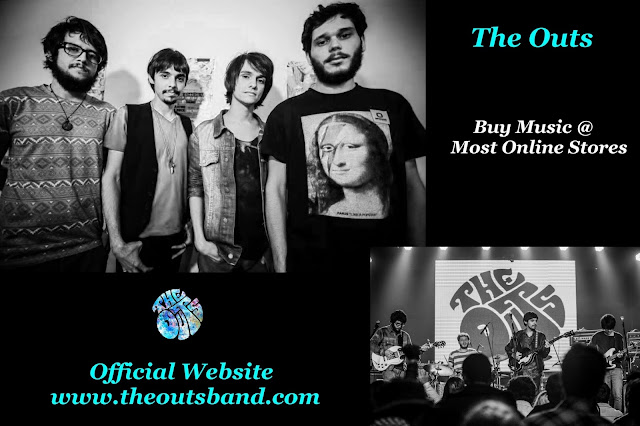 The Outs are an alternative / Psychedelic Rock Band from Rio de Janeiro, Brazil.

In 2008, “The Outs” were named winners of a worldwide contest to cover music by “Oasis”. Their version of "Bag It Up" won the praise of Oasis guitarist Noel Gallagher to say that “they were right in the heart of the music."

Since then, the band has been refining their vintage sound for nearly six years and absorbing influences from other classic bands such as The Beatles, Led Zeppelin, The Doors, The Beach Boys and Pink Floyd…not to mention some of the more contemporary bands such as Black Keys and Tame Impala.

The Outs launched their debut EP “Maybe Pleasing” in 2010, however, they released their official debut EP “Spiral Steams” in 2013 with the first single “Right or Wrong” pouring out rave reviews on British Radio stations.

The band has also played in a number of highly regarded rock festivals throughout Brazil including “Rock In Rio” and “The Ibeu Rock Festival” and continue to wow their audiences.

Catch their music on iTunes or Bandcamp and follow them on Soundcloud to hear what they are up to.

“The Outs are a band that breathes music in and out, and are destined to capture a lot more attention’. ~ Stewart Brennan, World United Music