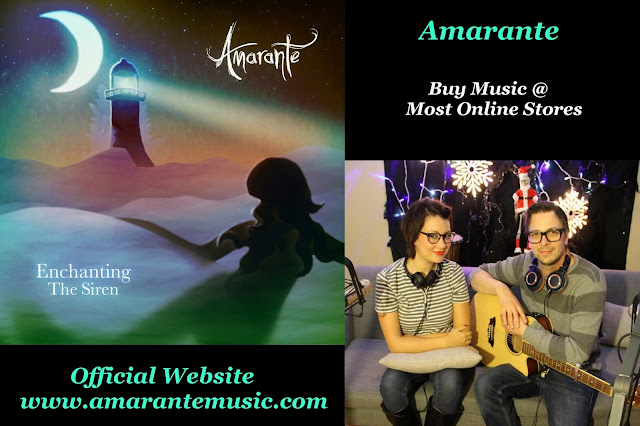 The music that you hear is self produced from a small bedroom in Southern California where the song writing, recording, mixing and mastering comes alive. Using just a single mic, a keyboard, a guitar and a little hand thuds to the table to create drum effects; singer/songwriter Josh and Jysi on vocals form the duo Amarante whom create very unique and eclectic songs that have appeared in YouTube videos around the world.

Since September 28, 2012, eighteen different tracks from Amarante’s catalogue of over 50 tracks have appeared on over forty-two videos from YouTube creators from around the world in countries such as France, UK, Russia, Canada, Australia, Italy, and in the US. Collectively, these videos have generated 2,386,937 views on YouTube as of May 6, 2014 which has led to and contributed to a growing support of fans from all over the world.

“If you take the elements of Alternative Rock, New Age music, Folk, and 70’s progressive rock, you get the captivating and soothing blend of music by “Amarante” which I describe as “Progressive Dream Pop”. The music is comforting with a subtle edge in their lyrics of affirmation, yet free spirited at the same time. Favourite songs: Hallucination, Haunted Song, Into the Dark, Acceptance, The Manic, Wrong, Voyage through the void. Amarante are awesome!" ~ Stewart Brennan, World United Music