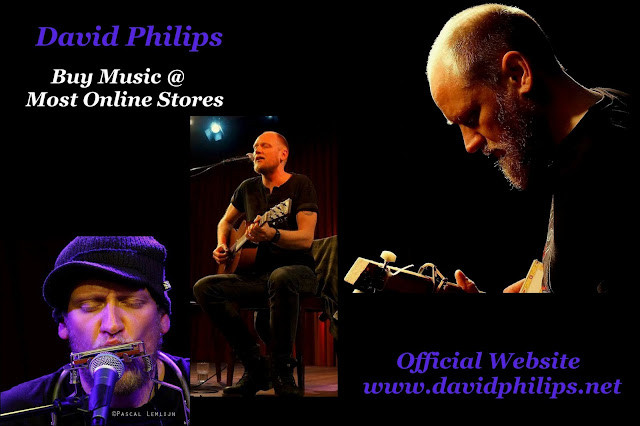 Philips self released his debut album “Heal Yourself Alone” in 2010 and was quickly selected as Album Of The Week by Robert Elms at BBC Radio London. It was also at #34 in the top 100 roots/country albums of 2011, compiled by Roots Music Report in the US. After a short tour of Holland and Belgium Philips signed with Black and Tan Records in Holland and released his next 3 albums with the Dutch label.

Philips is known for his D.I.Y approach in the studio, writing, recording and producing all his albums himself as well as playing all instruments and tracking all vocals on his last 3 records to date. The Rooftop Recordings (2011) was recorded in his rooftop apartment in Barcelona, Spain while December Wine (The 4 Track Tapes) (2013) is a selection of demos recorded using a Tascam 4 track cassette machine. His most recent album “If I Had Wings” was released in March 2015 and is the result of 18 months of writing, recording and live shows throughout Europe. The record is Philips' most adventurous to date, exploring his musical past as a jazz guitar player and also electronic music producer. He also did the artwork for the release using paintings, drawings and sketches made whilst on tour and at home throughout 2014. David Philips has toured Europe extensively over the past 5 years and continues to showcase his world class guitar playing and carefully crafted songs and stories to a growing audience.