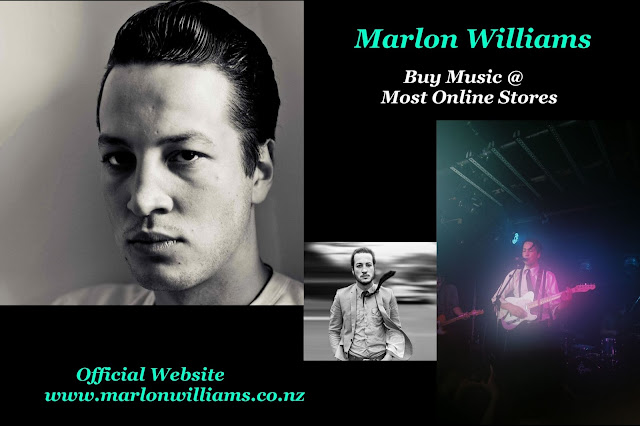 Marlon Williams is an award winning singer-songwriter from town of Lyttelton, New Zealand.

He released his debut solo album to critical acclaim in April, charting at 4 in New Zealand, and 31 in Australia in its opening week. The album has been called “captivating” by Rolling Stone, “a revelation” by Metro Magazine and “wonderfully accomplished” by the New Zealand Herald in a 5-star review. It has also featured on countless ‘Best of the Year So Far’ lists including Double J, Fasterlouder, Herald Sun, The Music and Timber & Steel

Williams’ sold out album release tour in June/July, including an epic hometown show at the 1300-capacity Theatre Royal in Christchurch. Performing with his band The Yarra Benders, the Sydney Morning Herald review glowed “what a terrific show. Fun and funny, sad and blue, it had flashes of modernity amid vast swathes of history and offered up the promise of a future completely unpredictable and completely watchable”.

Williams will spend 2015 touring the album in Australia and NZ, acting in several film and TV roles, and touring North America, UK and Europe before he releases the album internationally in early 2016.

With one of the purest voices in modern music, and the charisma and individuality to match it, the world is about to discover Marlon Williams.

Marlon Williams grew up singing in the Christchurch cathedral choir, before his punk rock dad turned him onto country music in his teens.

He founded The Unfaithful Ways at 17, with his high school friends and their science teacher, and quickly gained national attention, playing the Big Day Out, touring with Band of Horses and Justin Townes Earle, and picking up a Critics Choice award nomination at the 2011 New Zealand Music Awards for their debut album Free Rein.

Williams met acclaimed country singer Delaney Davidson in 2011, and the pair began performing as a duo. Over two years they released three volumes of the series, Sad But True: The Secret History Of Country Music Songwriting, garnering critical acclaim, including the New Zealand country song and country album of the year in 2013.

Relocating to Melbourne in mid-2013, Williams began performing solo around town and built a cult following playing a residency at local venue the Yarra Hotel. The buzz built nationally in 2014, with major festival and television appearances leading to sold out tours of Australia and New Zealand.

He released his debut solo album in April 2015 to critical acclaim, and will spend the year touring internationally alongside film and TV appearances.

“…his voice soars to the heavens and plucks at the heartstrings.” The Australian

“One of the most impressive country records this year” Tonedeaf

“At times impossibly fun, at others bone-achingly beautiful; Marlon Williams has delivered a gem” The Music

“Williams is also a singular artist who mimics none of his heroes, and has forged his own musical path” New Zealand Herald

“Williams’ combination of youthful enthusiasm, old-soul wisdom, and solid songwriting makes this debut a wonderfully accomplished record which justifies the hype he is getting” New Zealand Herald

“It’s a revelation: an album that will still be listened to and enjoyed a decade hence” Metro Magazine
“Marlon Williams solo debut is so effortlessly great…” Metro Magazine

“A big part of his charm is that voice, which almost single-handedly brings back the type of emotive yet eloquent crooning touched on by both Tim Buckley and his son Jeff, but which hasn’t really been done the way it needs to be done since those first crooners of rock and roll, those bedevilled songs of Bing like Elvis Presley and especially Roy Orbison” Metro Magazine

“Well, I have something to say. Do yourself a favour and buy this album. Buy it now, because it might just be one of the best country/folk/alternative/whatever-you-want-to-categorise-it records you listen to all year!” Speaker TV

Though this solo debut has been a long time coming he has built a strong reputation as a live performer across Australia and New Zealand, and that experience has filtered through on this superb album that never falters or loses its sense of wonderment across its thirty-five minutes” UTR

“Sorry, New Zealand – in the grand tradition of Crowded House, Sam Neill and Russell Crowe, Australia will be claiming Marlon Williams as our own. After all, the Lyttelton-born singer resides in Melbourne now, and really, he’s just that good, we’re having him” The Age

One of New Zealand’s finest musical exports” Renowned For Sound