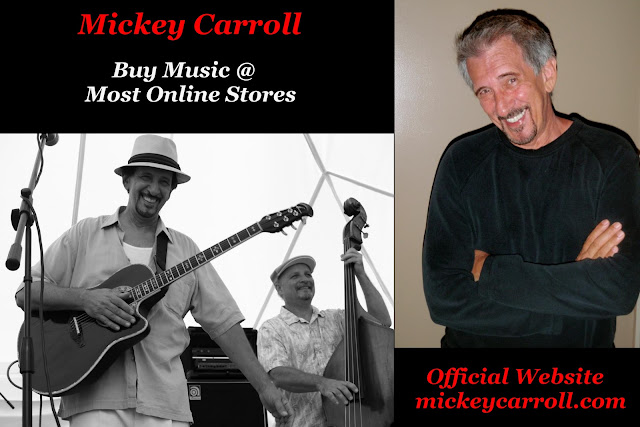 
Mickey Carroll is a guitar player, singer and bandleader who is dedicated to giving back to the world through community activism and musical commentary.

Mickey's career started in 1956 playing clubs in Atlantic City and Philadelphia. In 1957 he and Bill Harner started the doo-wop musical duo "Billy and Mickey". Billy and Mickey was one of the first white acts to break the color barrier playing a string of black and white concerts in the 1950’s.

In the 1960's Mickey was managed by the original owner of Harlem's Cotton Club, Herman Stark and son Steve, performing in the upscale hotels of Miami Beach.

In 1974 Mickey was signed by Soul Train legend Don Cornelius and Dick Griffy to Solar Records. By 1975 Mickey was recording the first album recorded at sea. Don and Dick moved the famous Record Plant Studio in Sausalito, California aboard a 110 foot ship! Helmed by the legendary Bob Johnston (Bob Dylan, Elvis, Johnny Cash) the album was recorded with an all-star roster of musicians including hit songwriter Jimmy Webb, Leon Pendarvis - NBC's Saturday Night Live music director, Chuck Leavell of the Rolling Stones and Willie Hall of the Blues Brothers band.

In 1978, Mickey’s album "Love Life" was nominated for a Grammy award. Engineered by Grammy-winner Eric Schilling, "Love Life" still sounds fresh today and is currently released around the world by Vision Records and Banderia Music Company.

By 1980 Mickey had decided to take a new direction with his music. Partnering with Rod Glaubman (founder of PACE, the largest non-profit performing arts organization in America), Mickey and Rod created concert events for those with disabilities, veterans and senior citizens. In 1983 Mickey was featured on NBC’s Today Show (see link at left).

In 1984 Mickey was awarded a gold record for his song, "Love Is Where You Find It". It went to number one on Billboard's R&B chart, recorded by "The Whispers" on Solar Records.

Mickey has long relationships with the best musicians, producers and engineers in the business. Let Mickey put together a show for your next fundraiser, convention, or event. 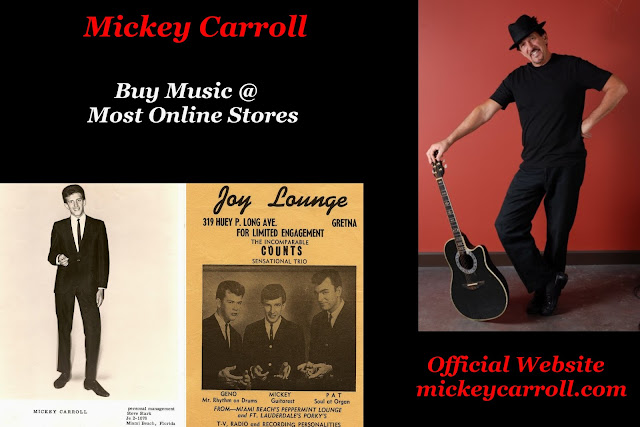