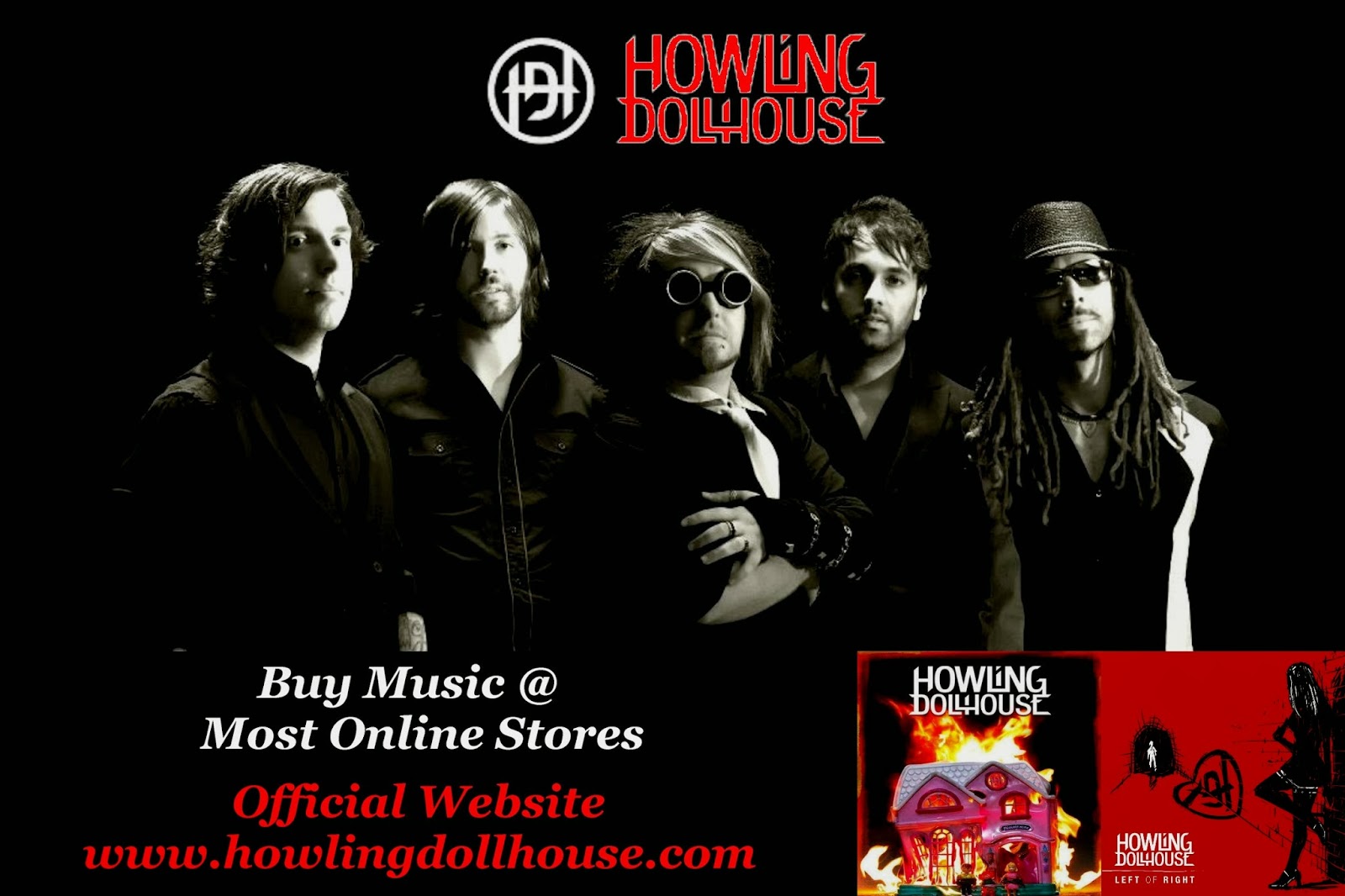 
There is a noticeable and distinct difference in styles between each generation of music. The 60’s were all about freedom, love and tolerance. The 80’s bought us electronic cheese with a dash of hair metal while the ‘noughties’ heralded the dance generation. However, much like fashion, there is no longer a definite standard of music. Now more than ever, there is something for everyone. So how will we define our generation of music?


‘Howling Dollhouse’ is a five piece rock outfit who are just about to release their second full length studio album. Produced by David Carr (Antiskeptic, Sadhana) at Rangemaster Studios in South East Melbourne, the bands next offering promises to be one of the best albums released in 2012, and a key ingredient in the definition of this generation’s musical journey. ‘Howling Dollhouse’ are all seasoned performers with musical interests as varied as the songs they create. Yet even in with their assorted tastes, they hold true to their strengths and find ways to push the boundaries of their genre. ‘Howling Dollhouse’ consists of Azazel on the skins, BenJammin’ on the 6-string, Lee on the low 5-strings, Andy on keys and Trick on the vox. Five guys with the passion and the drive necessary to secure a spot in the soundtrack of the twenty-teens. Five guys who are prepared to take on the world, so the world better be God damned ready.


‘Howling Dollhouse’ started their journey under the moniker ‘Into the Night’ in March, 2005. In 2007 they released their first 6-track EP titled ‘The Art of Honesty’, which served to classify the bands overall style. However, by the time the band released their first self-titled album in 2009, their sound was significantly different. The addition of Andy on keys opened the band up to a new realm of possibilities and by now the band was starting to feel far more comfortable with their place in the musical world. Mixed by Sylvia Massy (Tool, Red Hot Chili Peppers, R.E.M, Cog) and Rich Veltrop (System of a Down, Tom Petty) at Radiostar Studios in California and mastered at Crystal Mastering in Victoria, their self-titled album was the culmination of years of persistence and an unwavering thirst to release great independent music. The band has spent the past several years playing in top class venues such as ‘The Hi-Fi Bar’, ‘The Gershwin Room’ at the Esplanade, ‘Ruby’s’, ‘The Middle’ and ‘The Evelyn’, while sharing the stage with such high class acts like ‘Ten Thousand’, ‘Dead Letter Circus’, ‘A Sound Mind’ and ‘Thousand Needles in Red’ to name just a few. Yet, even with the enthusiastic response their album received, it was clear the band still needed to temper their song writing and concentrate on making their music more accessible to a wider audience. And in 2011, the band decided that to tie in with their new outlook, new album and unified style, it was time to upgrade the band’s image. After lengthy deliberation the band decided to abandon their long standing title ‘Into the Night’ and adopt the new name ‘Howling Dollhouse’.


As a band, the members of ‘Howling Dollhouse’ suffer under no illusions that to be successful in this industry takes more than mere musical prowess, and having a watertight business strategy is just as important as the product. They have spent the past many years not only learning about themselves as musicians, but also tuning their marketing and networking skills. They have the product, they have the skills, they have the drive. All of these elements converge to communicate one clear message;


Howling Dollhouse will one day be classed as Australian musical icons, they will be one of the defining bands of this generation. It’s not a matter of ‘if’; it’s simply a matter of ‘when’.